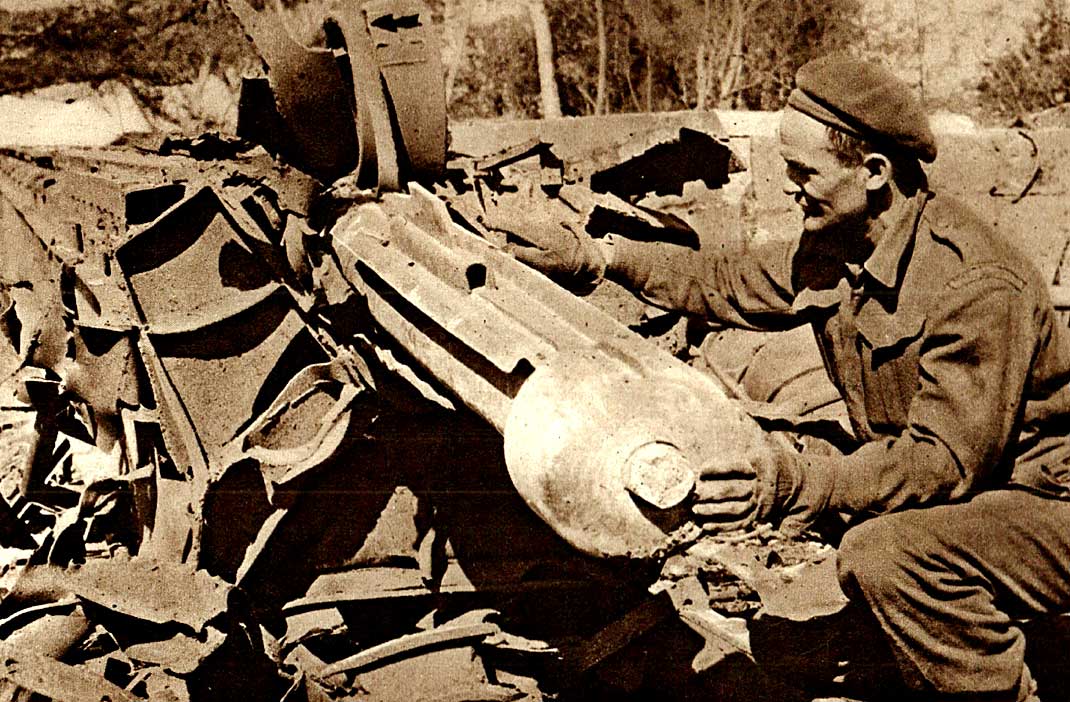 News for this September 25th in 1944 had much to do with a strange new twist in the War. Flying bombs, coming from somewhere in German North Sea region, were raining destruction over British cities. The latest series of attacks; the 10th such attack in as many days had many baffled as to just what these new bombs were all about.

Meanwhile, on the battle fronts; the Allied supply lines to the Rhine had been reopened, despite fanatical German counterattacks. The Germans had cut the line at Eindhoven but the Allies regained quickly regained the upper-hand, despite heavy casualties. It was confirmed that German SS troops were guarding the frontier between France and Germany in the south, as a way of prohibiting further German units from escaping into Germany. The order was said to apply to all German officers as well as enlisted mean. General DeGaulle warned the Allies that the hardest fighting of the was was about to take place, and that any ideas of an early end of the war were not to be expected, as he felt the end of the war in Europe wasn’t expected to take place until at least Spring.

The British government announced a huge new Social Security plan that would cover every man, woman and chid in Britain. The undertaking was expected to launch at the end of Summer 1945.

The Red Army‘s 9 day old Baltic offensive cleared the Nazis from almost all of Estonia. Russian columns have taken the seaport of Hopsulu and a 35 mile stretch along the Gulf of Riga.

The U.S. Army was reported to be only 12 miles from the Bologna/Rimini Highway in Italy, despite orders from the German High Command to continue fighting until the “last man and last bullet”. –

And the British 2nd Army was still not able to establish a firm junction with the isolated British paratroops, encircled by the Nazis northwest of Arnhem, Holland for the past 9 days. The Paratroopers, fighting against heavy odds had been forced to yield their precarious foothold on the bank of the lower Rhine. The narrow corridor was being held open and supplies were coming in, but it was cautioned, the corridor was extremely vulnerable.