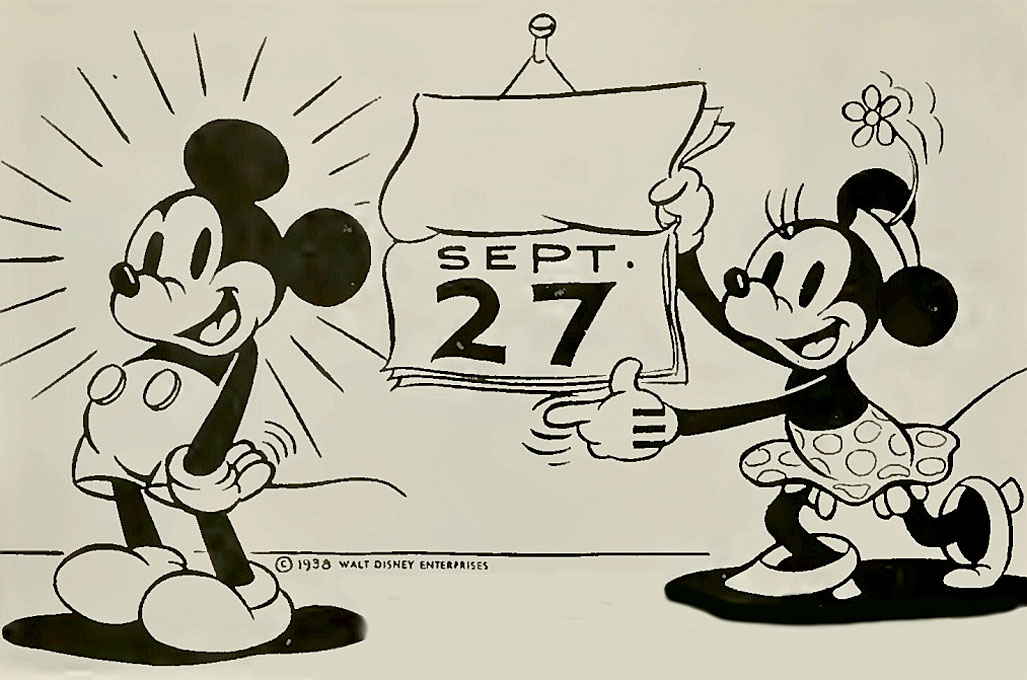 As popular culture icons go, none is probably more recognizable and as popular for as long as Mickey Mouse. The Cartoon character which gave birth to an industry and established animation as an enduring and continuing source of entertainment, these past 77 years.

Although the art of animation goes back to the dawn of film, it was Mickey Mouse who grabbed the attention of the world. The creation of Walt Disney who, as legend had it, was having a mouse problem in his studio. The problem turned into inspiration, and the first Mouse (Mortimer) was born. Mortimer became Mickey, and the first full-length Cartoon Disney made was Steamboat Willie, which also had the distinction of being the first animated feature with sound in 1928.

The cartoon was a smash success and it launched, not only the genre of animated feature films, it also launched the career of Walt Disney and the empire that followed.

This special program, produced by NBC Radio on September 27, 1938 is a tribute to Mickey Mouse as well as Walt Disney and features many of the Disney characters popular at the time.

Walt Disney and Mickey – A Man and his Mouse.