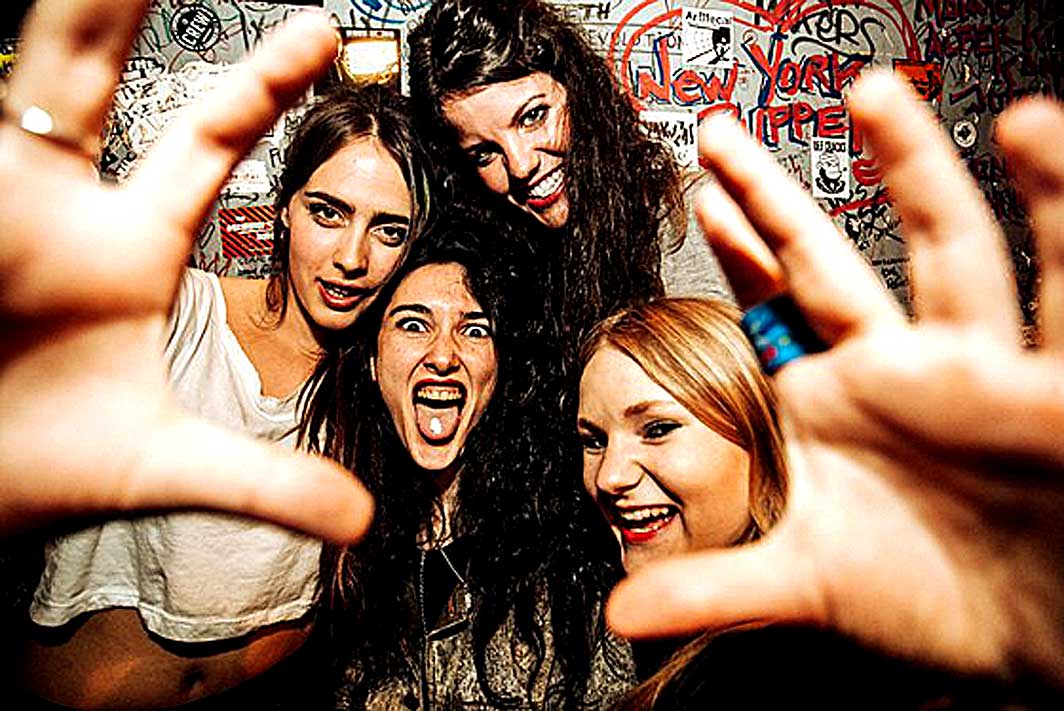 Hinds – Live At Festival SOS 4.8 – 2015 – Nights At The Roundtable: Rock Without Borders/Festival Edition

Originally known as The Deers, until a threatened lawsuit by another band by the same name forced them to change it, Hinds have been getting a lot of word of mouth since they embarked on their world tour earlier this year.

With their blend of lo-fi/garage rock, they’ve been endearing themselves to audiences at most every festival they’ve played at this Summer and on every radio outlet in-between. They’re continuing their tour, with another visit to the U.S. this month, including an appearance at the Echoplex in Los Angeles on the 16th of October.

January 2016 is slated to be the month their debut album is to be released – up til now, it’s been 2 singles and a compilation cassette.

This appearance is from Festival SOS 4.8 in Murcia Spain and was recorded by Radio Nacional España’s Radio 3 on May 1, 2015. The DJ’s get a bit chatty between songs – but they’re into it.

And please remember to chip in for our Past Daily Fall Fundraiser – we really need your help and only you can give it. It doesn’t matter how much – just a little to let us know you are liking what we’re doing. It’s Tax Deductible so it won’t hurt a bit. Click on the link in the box below and show some love.