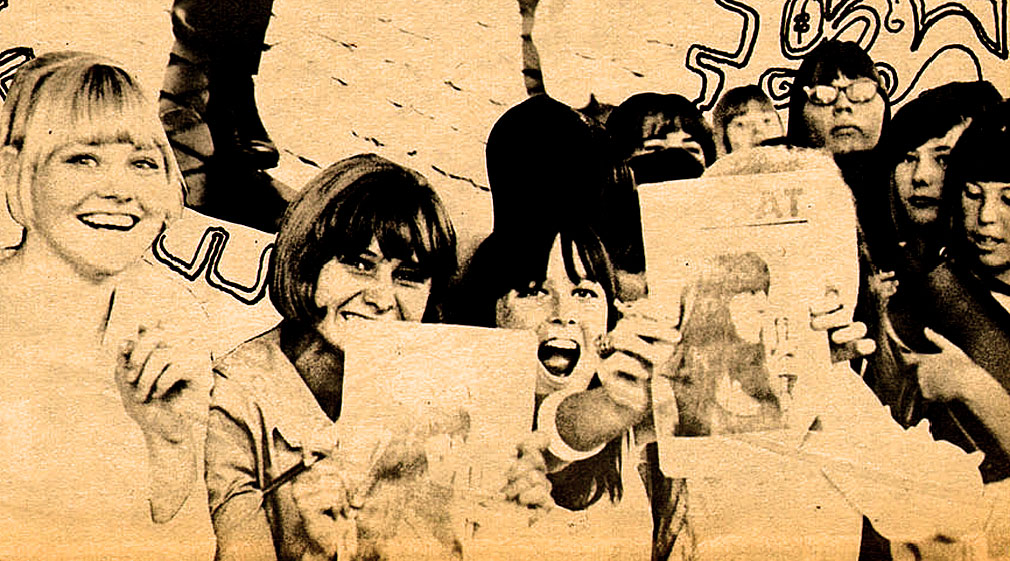 – KRLA-KFWB-KHJ-KBLA- recorded between February and May, 1967 – Gordon Skene Sound Collection –

Long before the days of downloading, streaming and ripping, if you wanted to listen to a new song over and over, the only way you could do that was hook up your tape-recorder (or your parents tape-recorder if you didn’t have one) and wait patiently by your radio until the next time it was played. Sometimes you’d get lucky and hit it just right and the song would start a few seconds after you hit the record button. If you weren’t, you’d sometimes get the middle, or the first few notes chopped off the top, or the worst case scenario; you’d run out of tape and never finish the song – and if it was a song you only heard once, you’d never heard it again and you’d spend the rest of your life trying to figure out what the song was. Pretty much hit-and-miss. And sometimes, if you forgot whether you got the whole song the first time, you’d record it a second or even third time, just to make sure. There was also that thing about being a teenager and having a short attention-span – so the wide range of music that made up the Top-40 experience was missing in places, in favor of the sought-after new song.

And that was the state of high-tech and being a teenager in 1967. It was probably the same if you were a kid in any city, anywhere in the world where you were wrapped up in music and loved what you were hearing. But along with the music in the 60s came the personalities who brought you that music – the people you trusted to steer you in the right direction – the Disc Jockey; the ones who told you what was happening and what was going to happen and where it was all happening.

In Los Angeles we had our guides through the labyrinth of Rock n’ Roll – the stations and the DJ’s we knew and trusted. KRLA was still huge, KFWB was starting to drop in ratings, because that upstart station KHJ was so close on the dial and was siphoning off the fan-base. And way at the end of the dial was the short-lived KBLA in Burbank – they would change formats only a few weeks after this tape was made, and that little slice of Rock n’ Roll would fade into the history books and memory banks and become KBBQ (or K-barbecue, since it became a Country format).

But this is what it sounded like, between February and May of 1967 – no exact dates this time, because some songs would stop being favorites and would be erased over and replaced by new ones. But all the recordings were made sometime late in the afternoon or in the evening – by the sounds of it a school-night, in some cases.

Just another slice of a day in the life of growing up in the 60s in a city like L.A .