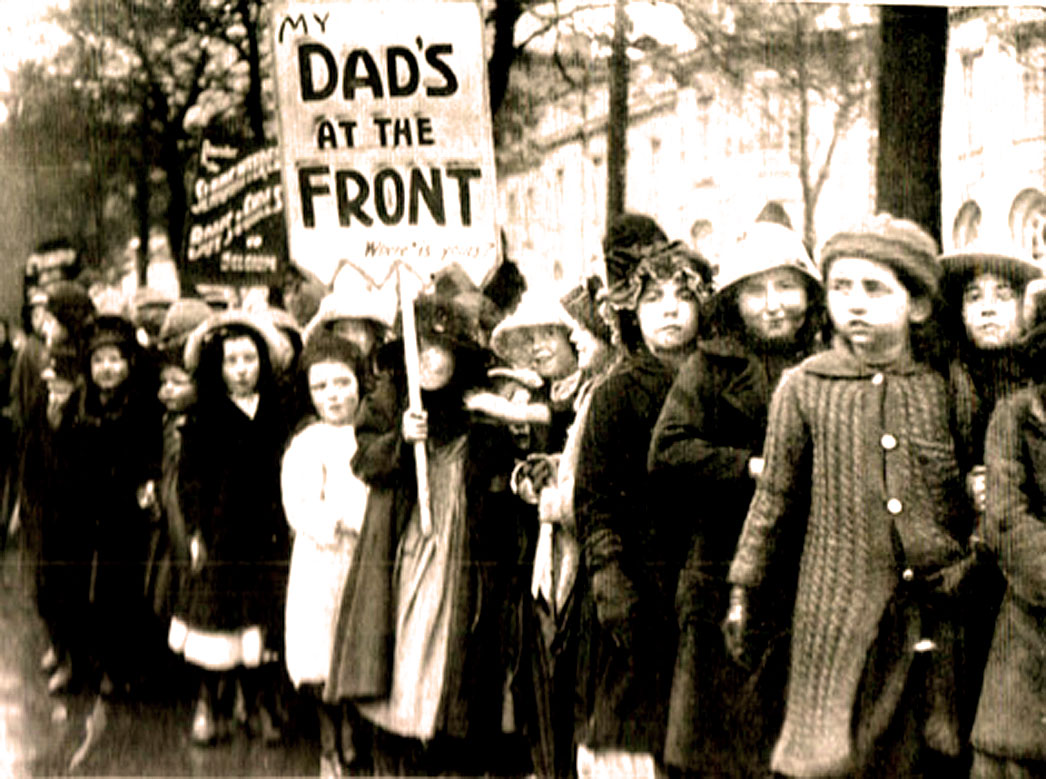 The all-too familiar face of war.

The all-too familiar face of war.

Originally known as Armistice Day, and in England it’s still known as Remembrance Day, Veteran’s Day (as it’s now known here) came about as the result of the end of World War 1, The War To End All Wars as it came to be known. Since the War ended at 11:00 am on November 11th, 1918 the month and day would forever be marked as an homage to the soldiers who fought and died in one of the bloodiest and most costly wars in human history.

Here, by way of a compilation done by two colleagues in 1998, is a collection of some of the important voices associated with that war.

Most all of them probably may not mean anything to you now, unless you’re up on your history of the period. But at the time they were important players in one of the most cataclysmic events in the 20th century.

There are a number of voices and 17 different cuts. Some of the voices are in their original languages and I’ve supplied gist translations below.

1. Frederick Sleigh Roberts (British Diplomat/political figure)
2. Kaiser Wilhelm II: “German people! Now, the sword must decide. In peace the enemy attacks us. To arms! Any hesitation, any earthquake is now a treason. It is to be or not to be that German forces and the German soul.

We will defend ourselves to the last breath of our men and our horses, and we will emerge victorious in this fight, meme against a world of enemies. Germany has never been defeated when it was united. All with God will be with us as he was with no fathers?”

3. Paul von Hindenburg: “Soldiers of the Eighth Army! The many battles that took place in the Great Plains between Allenstein Neidenburg ended. You have won a victory lightning out of 5 army corps and three cavalry divisions. Over 90,000 prisoners, ainnombrables weapons and ammunition, several drapaux and many other banners of war are among our hands. Few shreds of the Russian army Narrow, evacuated by the German siege, fleeing south to cross the border. The Russian army of Wilna. In sharp Majesty the Emperor and King! Hooray!”

5. Emperor Franz Joseph: “I accompanied my best wishes action Austrian military widows and war orphans fund. May this noble effort to contribute to the welfare of my brave soldiers who remained behind the lines!”

8. Philippe Petain (French General): “All the soldiers who took part in this epic, the infantryman of Verdun was one to whom everything is brought and which depended roof. Chief architect of the victory he has won by dint of suffering, it is placed at the highest respect in recognizing the nation.

Many other types of soldiers entered with him into the legend, who also deserve our admiration – runners, tankers, gunners, airmen, stretcher-bearers. All, you should appoint soldiers Verdun, soldiers from the front and rear of the soldiers, sit because I put in the spotlight, as it should be, those who fell at the forefront of the struggle, I know their courage would have been pointless without persistent labor, day and night, pushed to the extreme limit of those forces which ensured a steady climb of reinforcements, ammunition and food, or the evacuation of wounded, drivers trucks from the sacred Way, fire, railways, ambulance.”

14. Georges Clemenceau (French Political figure): “I just ask you what you want to do to help France to protect democracy. Twice differents on the soil of America, we delivered all great battles that led to the brightest sucked. And now this visit, which is the glory of our two peoples, the opportunity arose for us to make you: you did a truly American generosity. Our urgent need was to have America on our side in the battle. We waited a long time, you come ète4s. Soon come under the direct command of General Pershing, 22 divisions of 25,000 men each, with the help of four divisions french seized the Saint-Mihiel loop after a hard battle that will go down as one of the most beautiful war. The General Pershing was rewarded, we were all rewarded for the effort. France has not only been invaded, she was devastated, prompted systematically, cruelly, with a method of savagery that even in the most barbaric time was not met.

So while you’re celebrating having a day off, here is a reminder of who and what it was all about.