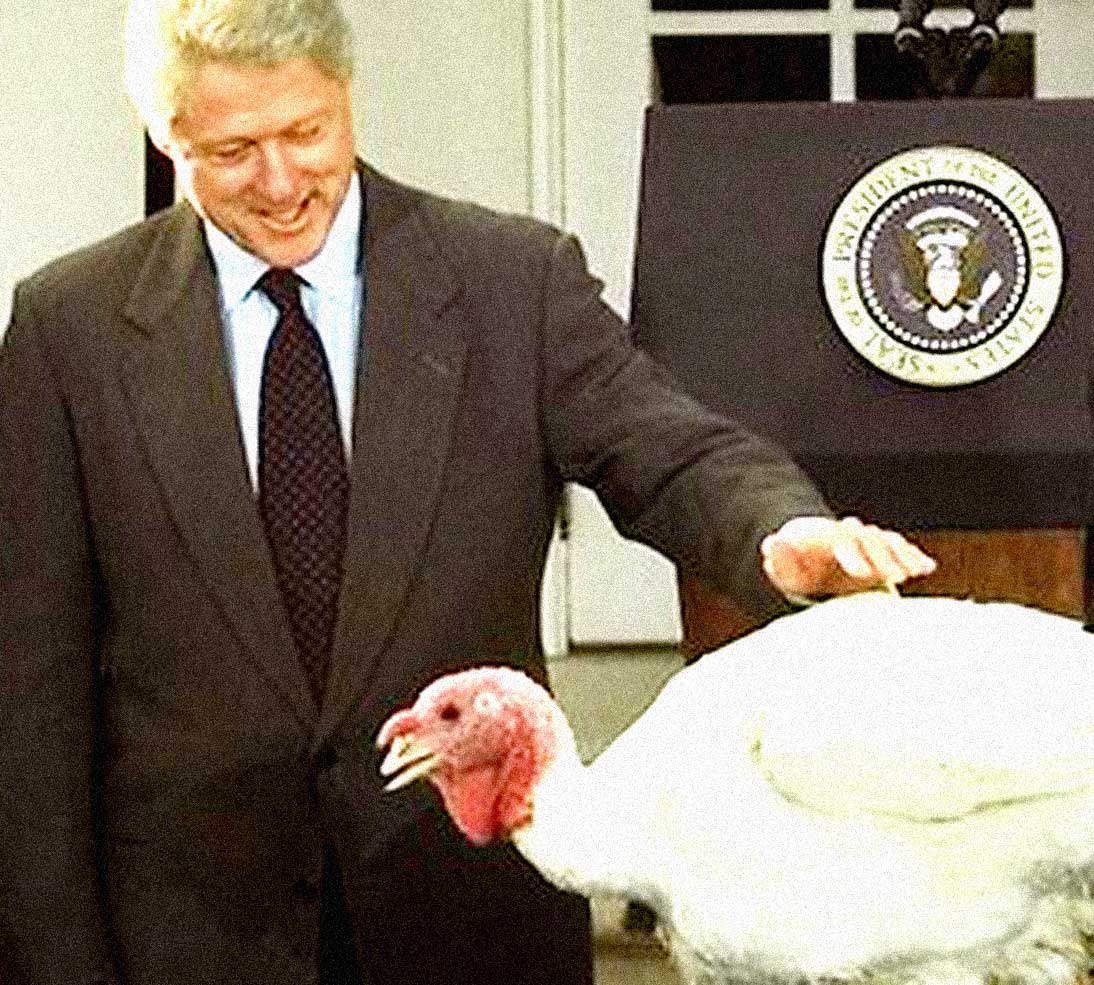 November 24th in 1999 was a Wednesday, and the day before Thanksgiving. And so news for this day had much to do with the crush of traffic on highways and to airports – the great exodus out of town to start the long holiday, and the pardoning of the Thanksgiving Turkey.

And like every year around this time, it was news regarding congestion, frayed nerves and the creeping holiday spirit. The holiday where family and friends get together, and either good times or strange times ensue.

And every year, ever since it was first started by President Truman, there was the traditional White House Pardon of the Thanksgiving Turkey. One lucky feathered soul, out of the 40 million or so destined to be plucked, stuffed, roasted, deep-fried and otherwise ingested by America in general and the start of the Holiday season, ending on New Years Day. The bird, appropriately named Harry, in honor of Harry Truman got the “get out of jail free” card, to presumably live out his days as an escapee of the chopping block.

But there was other news on this day. News that some airports would see picket signs and striking flight attendants. Off duty U.S. Airways flight attendants, pressing for a new contract and threatening an all-out strike if bargaining doesn’t work before the new year.

Confirmation from officials of a near-miss at LAX earlier in the week, involving an Aero Mexico jet liner that had just landed and a United Airlines 757 taking off. The collision was averted by a mere 60 feet, thanks to the United Airlines pilot who lifted the 757 off early.

And the downing of an Egyptair Flight 990 was attributed to an explosion near the tail of the plane at 33,000 feet. According to officials in Cairo, the black boxes normally housed in the tail were subjected to severe damage.

According to the latest findings suggested a pregnant woman can drink two or more cups of coffee a day without risking a miscarriage. The study showed the levels of caffeine found in coffee weren’t sufficient enough to induce a miscarriage.

And a person suffering kidney failure stood a better chance of getting on a transplant waiting list and surviving at a not-for-profit hospital. Researchers at Johns Hopkins medical School said understaffing was a major problem, but they also speculated that for-profit hospitals have a financial interest in keeping patients on dialysis.

That’s just a little of what went on in this world, Wednesday November 24, 1999 as presented by the CBS World News Roundup, Late Edition.