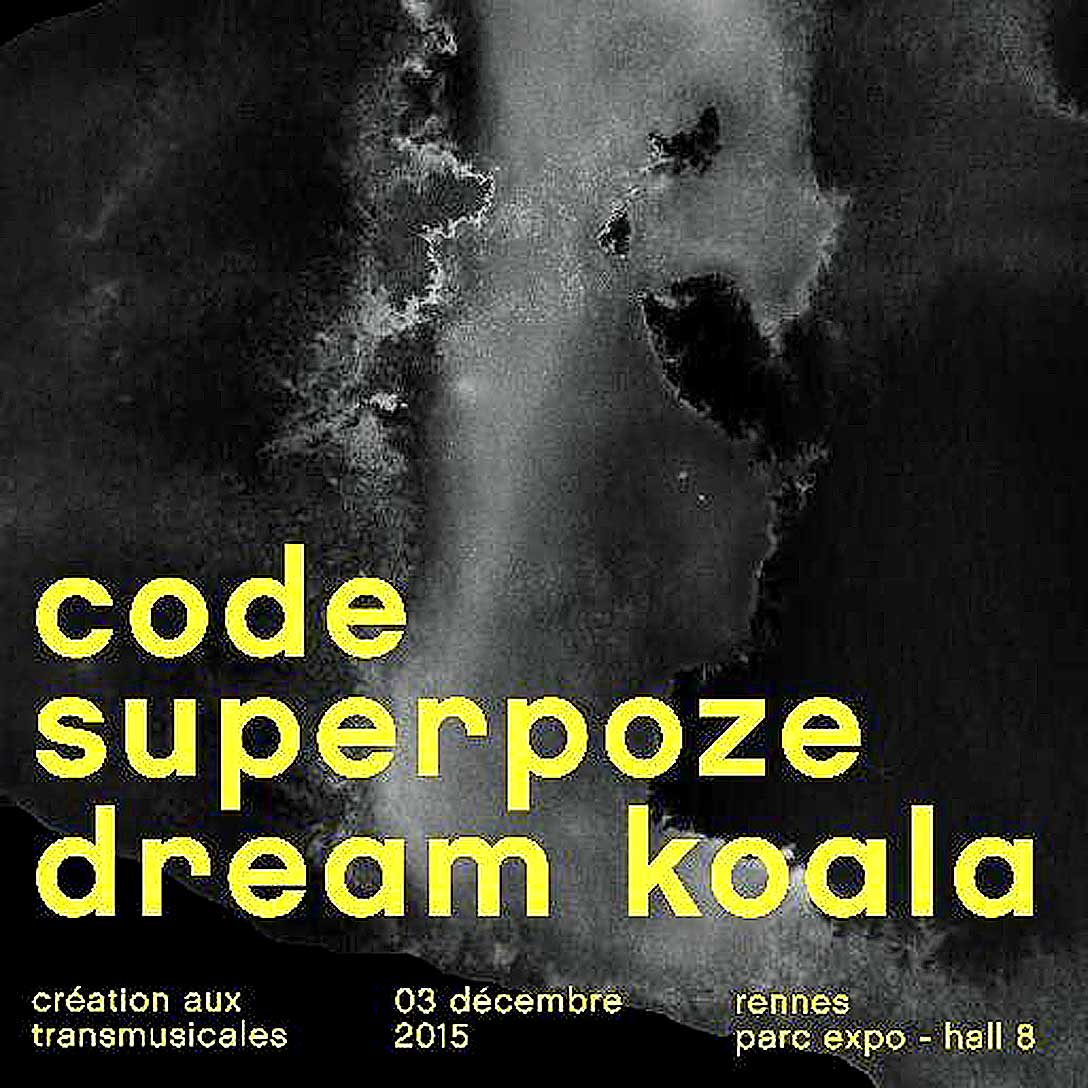 Code Superpoze Dream Koala - as Summit Meetings Go, this one laid it all out in one giant helping.

Code Superpoze Dream Koala – as Summit Meetings Go, this one laid it all out in one giant helping.

Code, Superpoze & Dream Koala tonight – a summit meeting, of sorts between three musical entities, who decided to join forces and see how it worked at the Trans Musicales festival last week in Rennes, France.

By the sounds of it; a success. The Trans Musicales Festival has been an exciting get-together of diverse artists and bands over the years. Epitomizing the Fall/Winter season for festivals, taking place all over Europe between now and Spring, when a new set of festivals starts.

The meeting between Code, an orchestral ensemble of ten musicians; Superpoze, a beatmaker from Caen who relies on his machines, and Dream Koala from Brazil (vocals, guitar and machines) – the result is a heady mashup and luxuriant dreamscape, mixing strings and horns with Techno and other-wordly vocals.

Further evidence if you get outside the box and see what is possible, amazing things can happen. The concert was luckily recorded for posterity by Trans Musicales and the concert took place on December 3rd (last week).

Whether this is a one-off or the beginning of a long-term collaboration I’m not really sure. Judging by the audience response, and the critical raves the concert got, it’s likely this will be the start of something new, or at least a series of side-projects for this very talented collective of musicians.

Exciting stuff and further proof music is still very much alive and vital – it’s just not where you expect it.

Put headphones on and drift off – come back tomorrow when I’ll have something else for you to dive into.