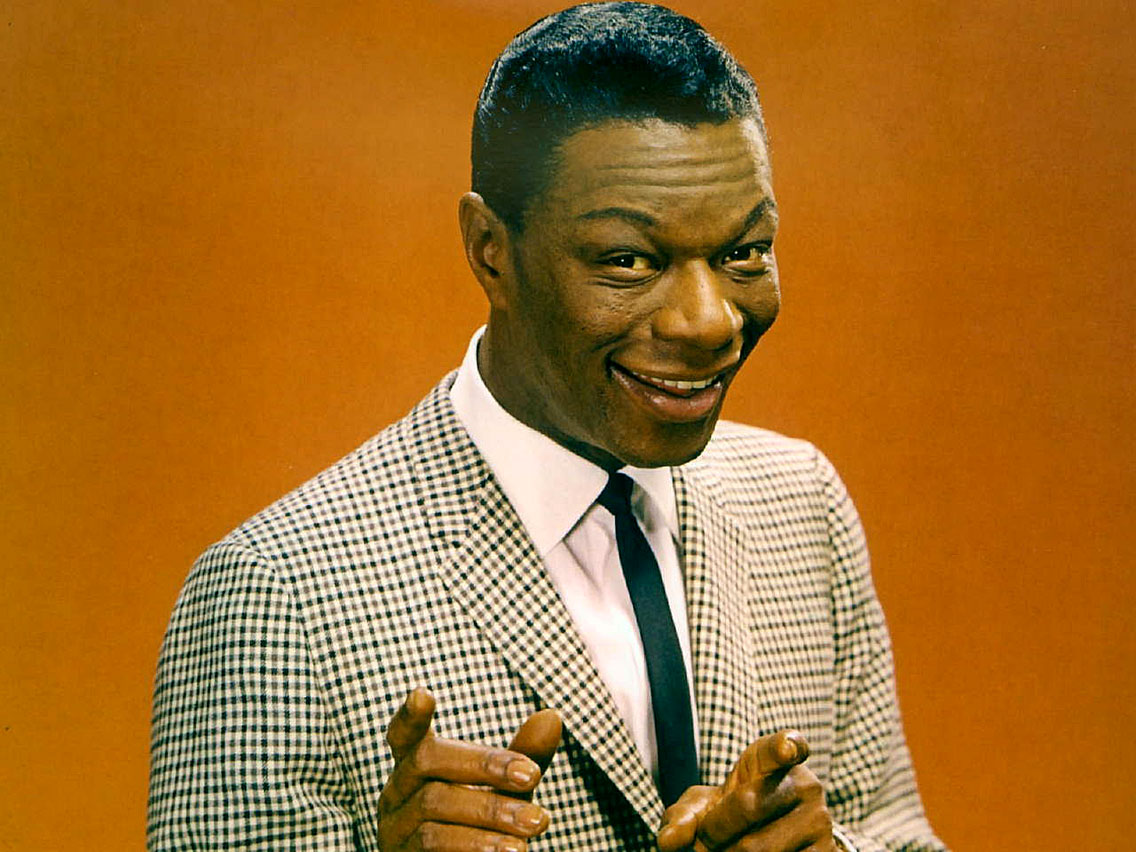 Nat King Cole and Nancy Wilson, in concert at the Hollywood Bowl, part of a No On 14 Political Rally from September of 1964. This was part of a star-studded extravaganza put on by opponents of the Proposition 14 Realtors Initiative on the November 1964 ballot in California. There were two separate concerts – one featuring Hollywood celebrities and legendary performers, and the other rally which featured Folk and Pop Music artists, aimed at the Young Adult voter.

Proposition 14, which was aimed at dismantling the Rumford Fair Housing Initiative of 1963, which sought to give renters and realtors the right to discriminate to whomever they chose, attempted, in effect to render the Rumford Initiative, which was intended to end discrimination in housing, null and void.

So the opposition to the amendment was strong, particularly in Hollywood – and a number of gala fundraisers was organized throughout the state, and this concert put on by the No On 14 Committee was one of them.

This rally also featured Henry Mancini, The Kingston Trio, Elizabeth Taylor and Richard Burton, Joey Bishop. Milton Berle and a veritable who’s who of others.

3 hours on non-stop entertainment, from which this excellent and memorable appearance by two of the foremost singers of the 20th century shared the stage for just a shade over a half hour.

Good times and rarities – this performance has never been made available (except as a brief appearance on my other site some years back) before and was long-considered lost.

Well, it’s not lost anymore and you get to hear the magic of Nat King Cole and the sensational voice of Nancy Wilson as they filled the Hollywood Bowl on September of 1964.