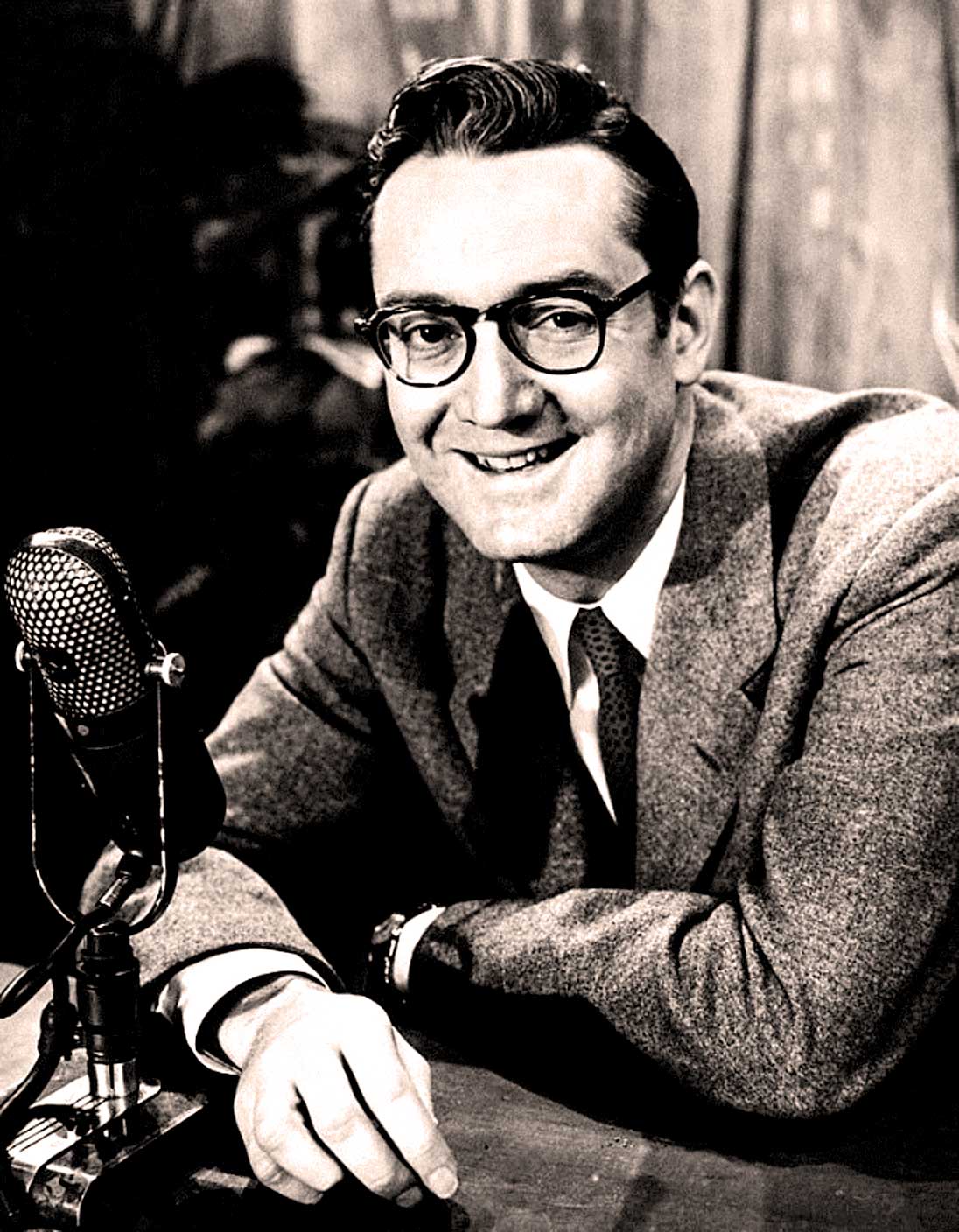 Steve Allen, before his pioneering days as host of the very first Tonight Show on Television, was one of the mainstays of local radio in Southern California in the late 1940s. His late night show on KNX Radio in Los Angeles was one of the most popular, but Television was growing quickly, and starting to grab some of that popularity away. And so NBC lured Allen away (KNX was/is owned by CBS, a competitor at the time), with the premise of starting a TV version of what made his radio program so popular – a late night program which mixed talk with variety and a free-form no-holds-barred comedy approach, which became the prototype for the late night Talk Show for decades after.

Announced that The Steve Allen Show would premier with its first broadcast on Christmas night in 1950, Steve Allen did his final KNX-Radio program on December 6 (December 7th, since it was a Midnight to 1:00 am show) before pulling up stakes and heading to New York, where the show (first as The Steve Allen Show and in 1954 as The Tonight Show) was to originate for many years, before it finally moved back to the West Coast. Allen is joined by several guests as well as his customary audience participation. This show gives a flavor for the kind of presentation that would become the trademark for the Tonight Show.

In addition to his comedic and interview talents, Steve Allen was a musician, composer and Jazz authority and it would serve him well during his tenure on The Tonight Show.

If you thought The Tonight Show began with Johnny Carson, you would be off by many years. It was Steve Allen who began the show, which was later succeeded by Jack Paar. But this was the start and this was where TV history was made.