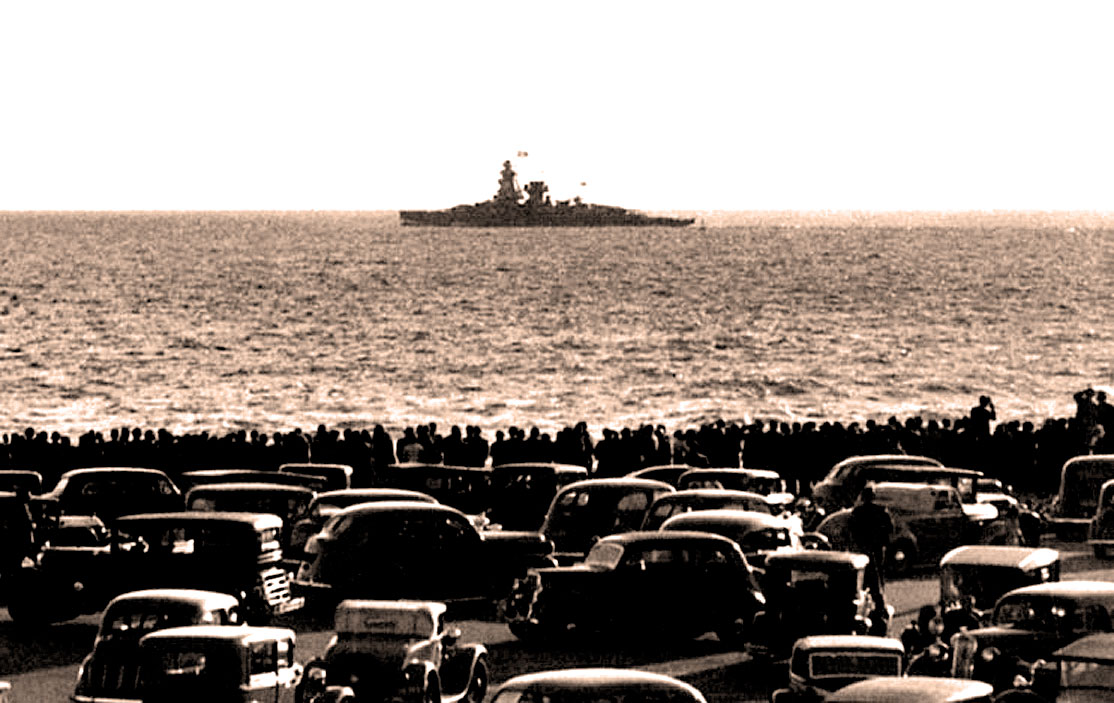 Early on during the war in Europe, over the week of December 14th 1939, an epic sea battle was played out in the waters around Uruguay. The German battleship Admiral Graff Spee had been tracked down and hunted by the British navy, represented by the cruisers HMS Exeter, Ajax and Achilles. What ensued was the first major naval battle of the War off the coast of Uruguay, near the town of Punta del Este and clearly visible to thousands of people, who lined the shore and watched as the battle raged for some 4 hours until the Exeter was hit and had to reduce speed, but continued firing and managed to put out of commission one of the guns of the Graf Spee. At that point the Ajax and Achilles took up and the battle continued for some 4 more hours until the Graf Spee put into port at Montivideo. Uguguayan government officials granted temporary shelter for the ship, so the Captain was able to reach the German Embassy and the casualties (some 30 dead along with 60 wounded) were taken off ship.

Meanwhile, the Exeter and Ajax stayed just outside of Uruguayan territorial waters, waiting for the Graf Spee to leave Montivideo and continue the battle. Over the following days, the story would twist and continue, and eventually the Admiral Graf Spee would be scuttled by the remaining German crew.

All of this made for breathless reporting for the networks, who were touting this as the biggest sea battle since 1918, and periodic reports would flash as bulletins for a war which was still unfolding and looking, at least for the moment, like a replay of World War 1.

This is the initial report, filed by NBC News correspondents on December 14, 1939 who were on the scene in Montevideo Uruguay.