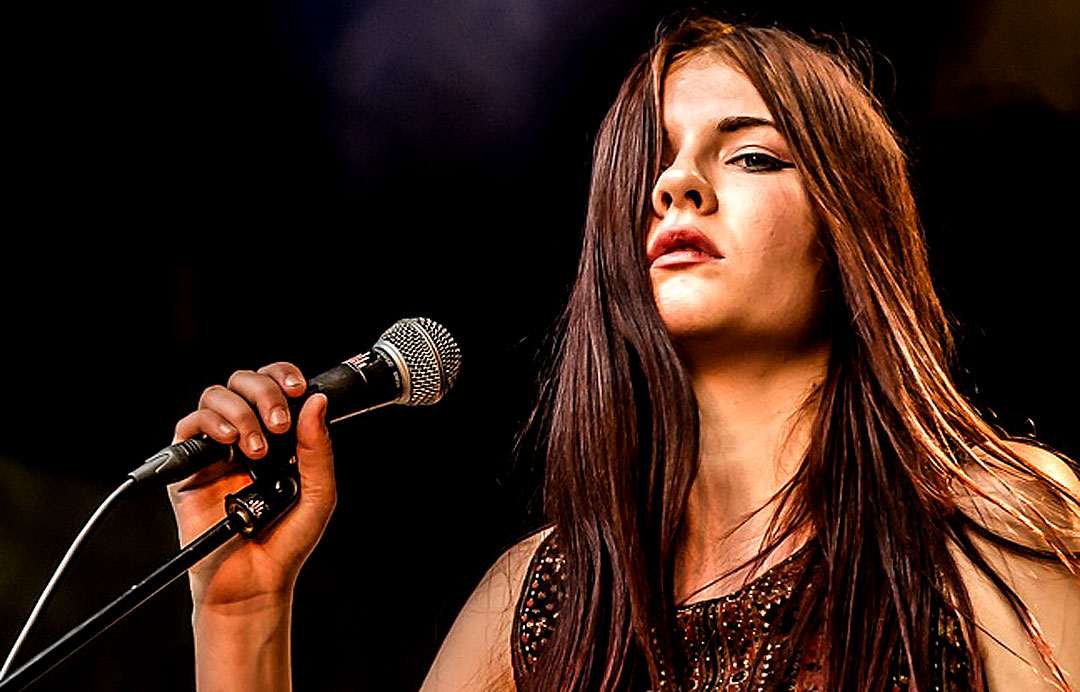 The Mysterons' Josephine van Schaik - the luxuriant and breathless voice.

The Mysterons Live At Song Of The Year 2015 – Nights At The Roundtable: Rock Without Borders Edition

The Mysterons tonight; continuing the lineup from last week’s Song Of The Year 2015 presentation by NPO3 and broadcast by VPRO and 3FM in The Netherlands live on December 11th.

I ran The Mysterons a few months ago, via one of the many festivals taking place this year in Europe. I was struck by how engaging and hypnotic their sound was, fronted by the ethereal and luxuriant voice of Josephine van Schaik. Inspired by such milestone bands as Portishead, they freely admit to being passionate about Psychedelia of the 60s, but have maintained their own voice with a unique palette of sonic imagery, which has been dubbed by some critics as Pop Noir. Still, they have a lot to offer, and this appearance at the Song Of The Year features their nominated single Thunderbird 1.

I think it’s safe to say we’ll be hearing more from this band in the coming months. I don’t know what their plans are for the U.S. – but they don’t look like they’re playing anywhere at the moment, having finished up their touring for the year. Fingers crossed they head over to this side of the Atlantic in 2016.

They are further evidence the world of music is very wide and very active and The Mysterons are a welcomed addition to the mix and it’s hoped they keep up the momentum in the coming year. It will be very much anticipated to hear what they are coming up with next. By all accounts, they have a lot to say.

Keep an eye on them – in the meantime, here is their performance at the 2015 Song Of The Year program as broadcast on December 11th of this year.

It’s suggested you play this one loud and fall right into it.