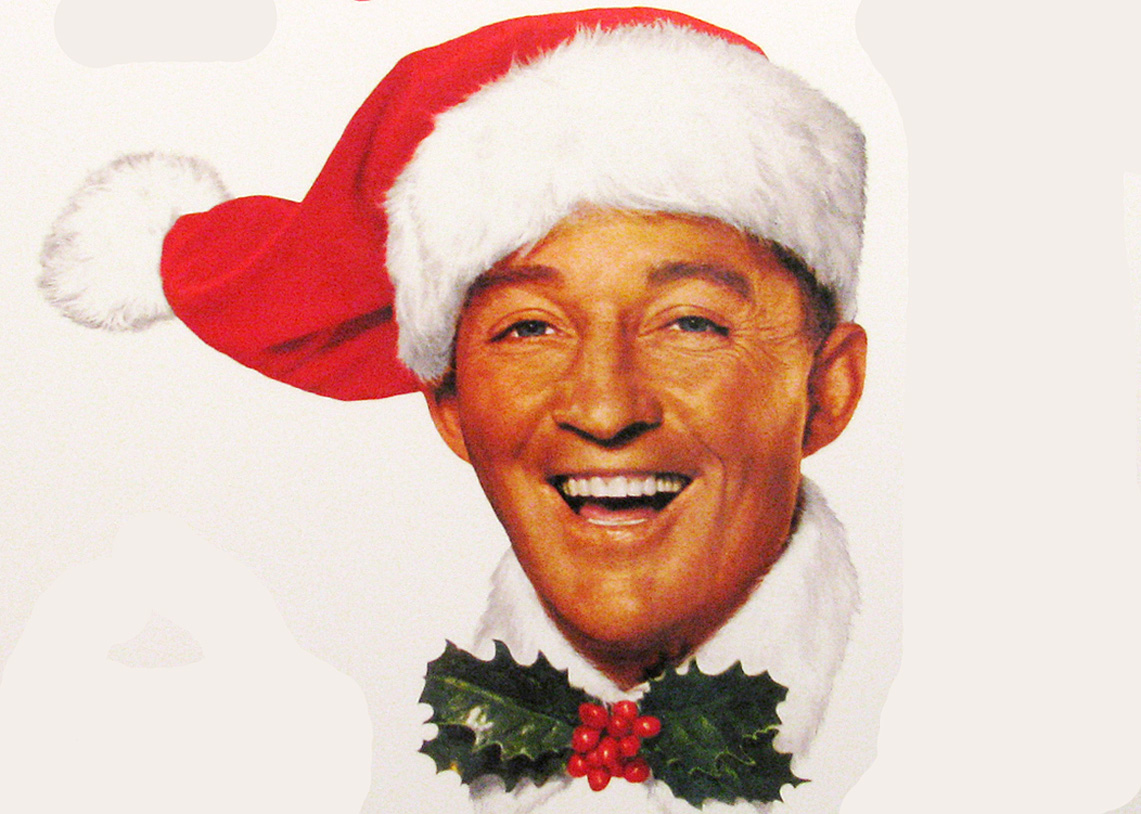 A Christmas Sing With Bing was something of an institution for decades. First starting on Radio and then switching to Television, the fabled Crooner would put on a festive Christmas show each year, featuring his own inimitable brand of singing, joined by guests for what was a veritable feast of Christmas tunes. And like the holiday Fruitcake, this one hour dollop of yuletide cheer would last an entire year.

The most notable episode was from the 1977, featuring a duet between David Bowie and Bing. Ironically, filmed in September, and a little over a month before Bing Crosby’s death, that episode has been cited as the most memorable and improbable.

But this Christmas it’s Bing from the 1950s. He had already become a iconic Christmas figure via his appearances in the films White Christmas and Holiday Inn, so a radio program devoted to Christmas songs was a no-brainer.

Of course, as legend goes, Bing Crosby was alleged to have hated Christmas with a passion, and the idea of doing an entire hour’s program devoted to songs of the season had him climbing the walls, it nonetheless made for one of the most popular and enduring holiday rituals throughout the 1950s and 1960s.

The Radio version of the 1950s was interesting in that it spent a lot of time going overseas, with singing groups from military bases and Cold War hotspots, generally putting a Western slant on Christmas and the non-Communist celebration of it. But for all the Cold War influence that even a holiday fell under, the basic premise was a family get-together for the proverbial sing around the radio.

To get an idea of how that sounded, here is A Christmas Sing With Bing, as broadcast on Christmas Eve 1957.