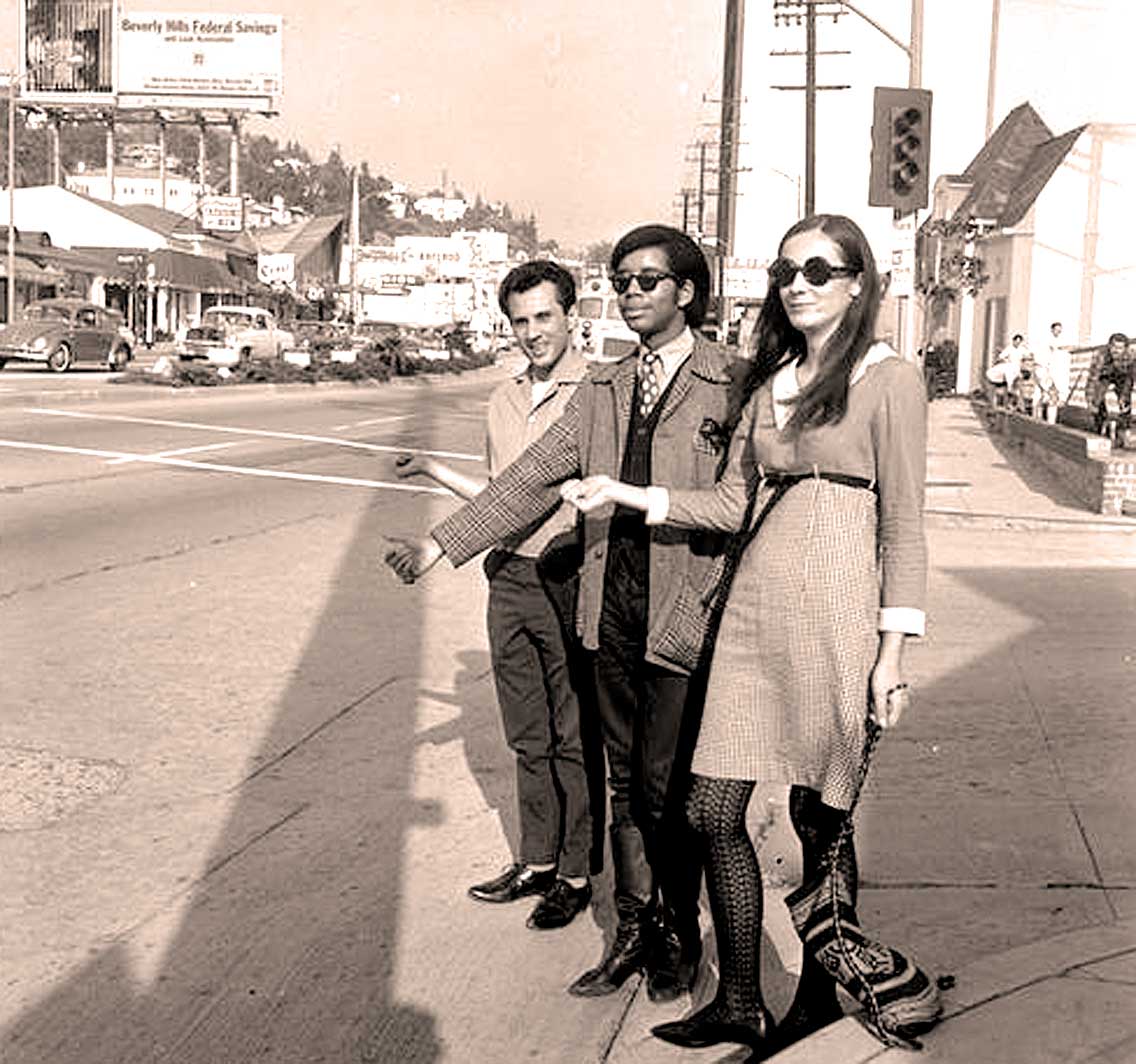 L.A. - in 1968 you were undoubtedly hitching to someplace on the Strip.

L.A. – in 1968 you were undoubtedly hitching to someplace on the Strip.

There you are – March 10, 1968 – anywhere between the ages of 14 and 24. KFWB, the radio station you have come to rely on for all your musical discoveries is going off the air; going off the air to become something else – all NEWS!

And if you were one of the thousands of kids in Los Angeles, clamoring around your radios to listen to the final hours of what signified your youth slip by, you’d be pretty torn up about it. It was over, it would never come back; life became a little different. And you were crying real tears.

That’s the way it was, when a symbol of your youth, the touchstone of your formative years up and changed on you in 1968. But 1968 was pivotal year for a lot of things – changes were happening everywhere; what you listened to on your radio was changing too.

I bring that up because I just heard that the latest incarnation of KFWB has been sold, and will become a foreign language station in the coming days/weeks/months – a bit like that other touchstone of our youth, KHJ did years ago – and KRLA too. And all of them – all those touchstones; gone to become something else. Progress and those things which we deemed relevant decades ago are no longer relevant now. Life changes, and it’s never the same way twice.

How we get our music in 2016 is a lot different than how we got our music in 1968. Technology advances leaps and bounds and we’re left to make our own choices and discoveries and not rely on that trusted voice on the other side of the speaker to make those choices for us. That can be good and it can also be frustrating – the choices are a lot more now than before on one hand, and a lot less than ever on the other.

Speaking in defense of radio in 1968, we were exposed to a lot of different music, different types and genres of music in the course of the average day. That doesn’t happen so much now; not on commercial radio – or even via streaming services. Tastes in music are pre-disposed to suggesting a piece of music almost identical to, if not eerily similar to, what you heard just a few minutes earlier – doesn’t make for much adventure and doesn’t allow you the chance to like or dislike something on its own merits and out of your perceived comfort zone.

But that’s not to say we should go back to playing 45’s and have chatty disc-jockeys cram every spare second of air with pithy or slapstick words. No – what it is saying is, radio (and Spotify and iTunes) have responsibilities to turn people on to music that may influence them, enrich their lives, show them something new. Otherwise our music and our culture become stale, stagnant and boring.

For now though, this is what Los Angeles youth was experiencing on that certain day in March of 1968. Another chapter closed, another chapter starting – FM was taking over, slowly but surely.

It was all going to be different.