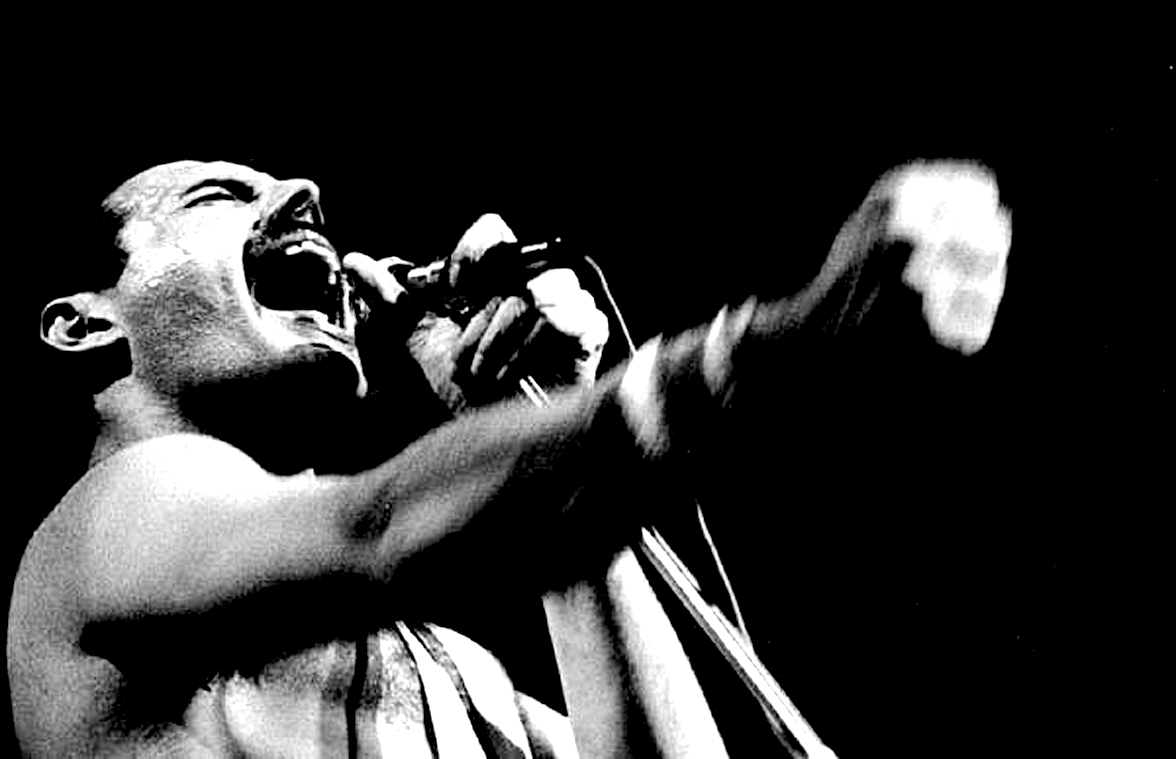 Freddie Mercury - The heart and soul of Queen.

Freddie Mercury – The heart and soul of Queen.

Chip in if you like what we’re up to: Become a Patron!

Queen – with the inimitable Freddie Mercury, in concert from the Hammersmith Odeon in London from 1975, and recorded for posterity by the ever-present BBC Radio 1 for their In Concert radio series.

The year so far has seen a tremendous number of unforgettable musicians leave us; leave us way too soon. And, as I was thinking about the incredible loss of David Bowie, it brought to mind another incredible loss; another great voice and stunning showman; a consummate artist who gave 110% to his art. When the world lost Freddie Mercury to AIDS in 1995, the Music world lost one of the great voices and artists; whose indelible mark on the 70s goes hand-in-hand with that of David Bowie. Like Bowie, Queen changed how rock was performed and became a prototype for bands coming after. Going from the laid-back/get-together on stage of a group of musicians to creating a spectacle where the audience was taken on an emotion-filled journey and suspended for an hour in a kind of high-charged trance, while Freddie Mercury wrung emotion and electricity out of every word and turn of phrase.

And like David Bowie, when Queen first appeared, they had no frame of reference to draw from – with the stunning and dramatic voice of Freddie Mercury, they had embarked on a career that was unlike anything that had gone on quite like that before. Sure, there was the unmistakable nod to hard-rock, and a lot was owed to David Bowie who paved the way – but it was more – their music was essential and immediate and it was played with urgency and Freddie Mercury sang as if his life depended on it. And that was one of the key similarities between the two – a commitment to the performance and the music.

And so going to a Queen concert, during the 70s was a ritual and it was an experience that few forgot (unless you were loaded to the point of coma). And when the news of the death of Freddie Mercury hit the world, it came with a thunder – and like David Bowie, was met with utter and total loss.

We really do need to cherish the artists and the legends still among us. I have come to believe that time is shorter than I first imagined – but we are witness to an incredible barrage of riches by the music they have left and the marks they have made and we can never forget that.

So – if you missed seeing Queen, or weren’t around in the 70s when they were just achieving popularity – have a listen to this concert and turn it up – it’s the only way you can listen to it.