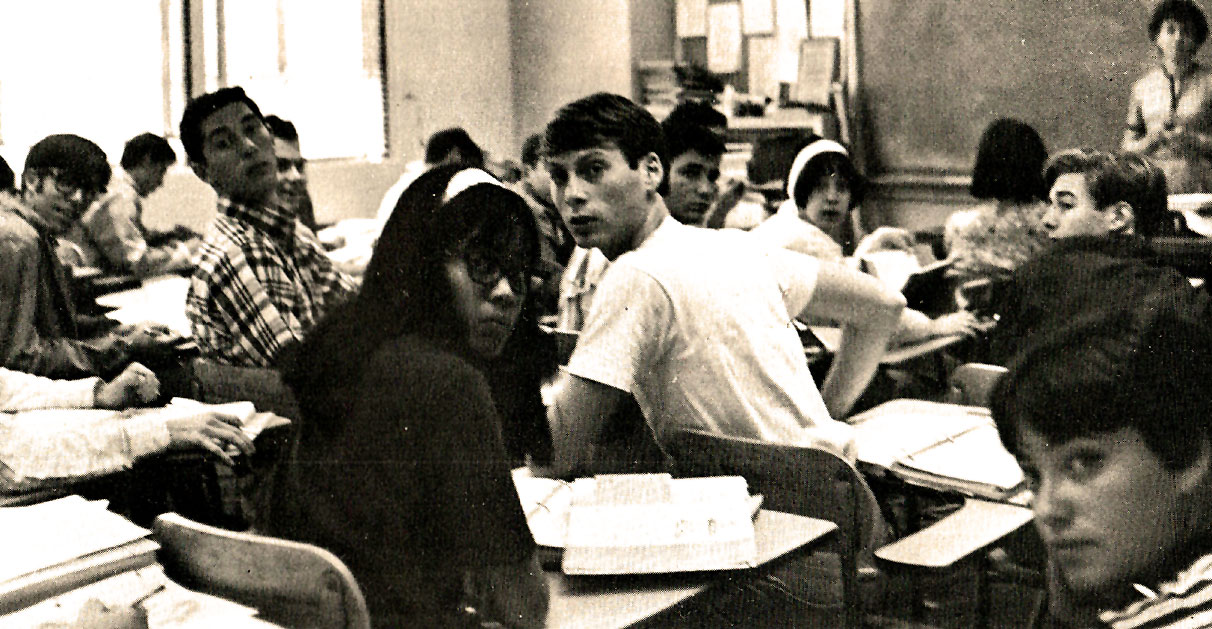 And no doubt you had your transistor radio tucked away someplace – and you were either listening to Vin Scully call the Dodgers or you were listening to your favorite Top-40 station.

And if it was around 1 in the afternoon, you were probably listening to Gary Mack on KHJ – one of the Boss Jocks – or later on, The Real Don Steele.

In 1966, KHJ was still the relatively New Kid on the block – having switched over to Boss Radio in May of 1965, a little over a year earlier. KRLA and KFWB were still powerhouses, but KHJ was getting in there, and Los Angeles was a musical feast in the mid-1960s.

To give you some idea of what it sounded like – here are two 1/2 hour excerpts of what Boss Radio sounded like, on August 10, 1966. Hard to imagine we’re coming up on 50 years since we had The Kinks, The Standells, The Supremes and all the other mainstays of Popular Culture, vying for our interest and our hard earned cash to buy their records all in one place. The staccato delivery of the jocks, the places that no longer exist, ads for concerts we just had to get to. It was Summer and L.A. was hitting around 90 and there was smog to contend with, but not at the beach.

If you were around at the time, maybe younger or maybe older than High School, you probably remember Boss Radio – it was hard to avoid. If you missed it and were curious as to what it was like, listening to music on the radio 50 years ago; this was what it was like – all day, every day. Maybe the music was all over the place, and maybe it wasn’t all what you liked – but you did get an education over what was out there.

And in 1966, music was still an adventure and an integral part of our lives.