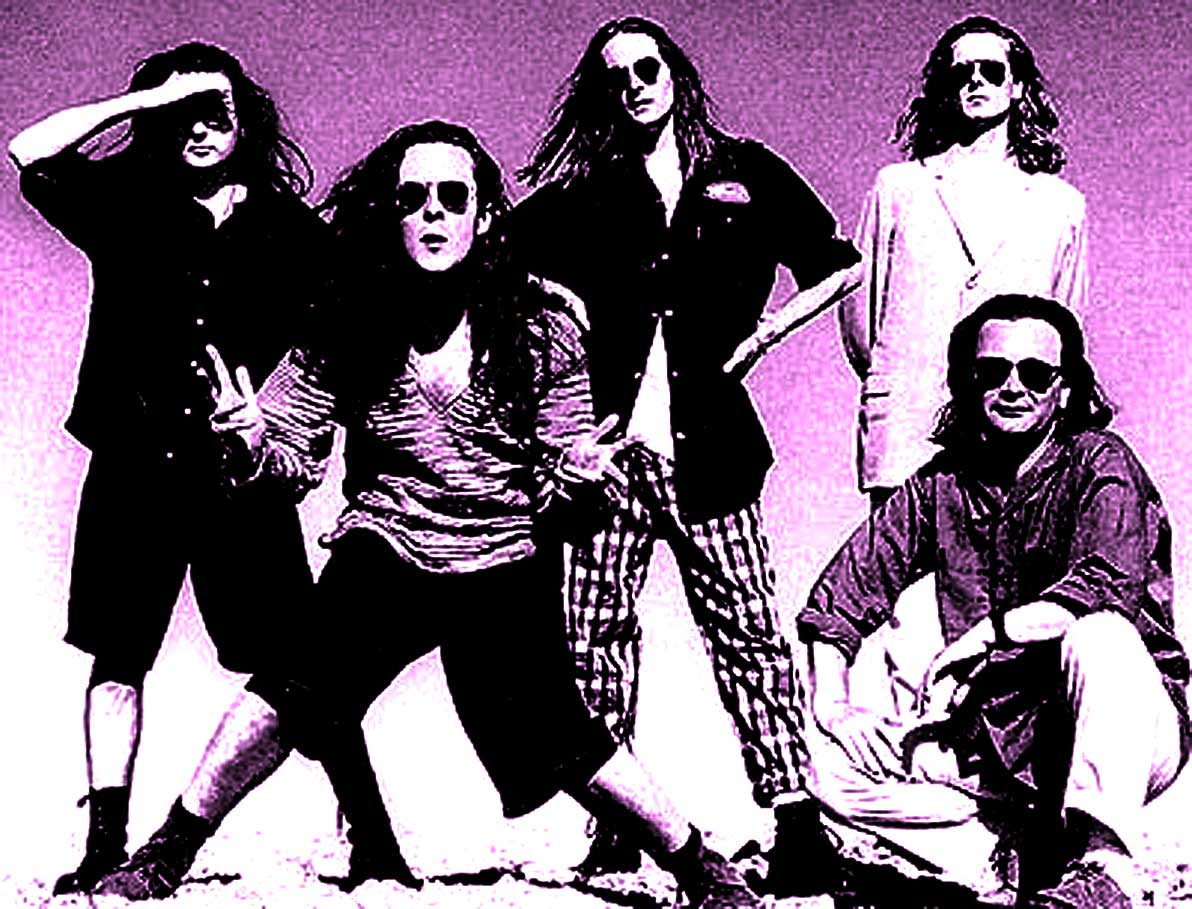 The Wonder Stuff this weekend. A band who were a huge success almost from the get-go. Starting in 1986, the band which originally consisted of Miles Hunt, vocals and guitar, Malcolm Treece on vocals and guitar, Rob “The Bass Thing” Jones on . . . bass, and Martin Gilks on drums. The group had originally collaborated with members of Pop Will Eat Itself and formed From Eden before finally forming The Wonder Stuff in 1986.

From a self-financed EP, the band landed a contract with Polydor Records and recorded a series of highly successful singles, which became part of their debut album, The Eight-Legged Groove Machine in August of 1988, followed by an intensive tour schedule of the UK, before heading West to the States, as well as appearing at the legendary Reading and Glastonbury Festivals in 1989.

The band continued on a successful run, releasing a second album (Hup) in 1989 before Rob Jones decided to leave the band and move to the U.S. in December of that year. It started a series of add-ons and replacements of members over the following years.

This concert, recorded in Manchester in 1991, promoting their third album, Never Loved Elvis, features much of their early hits, mixed with some new numbers, including probably the best cover version of Tommy Roe‘s Dizzy towards the end of the show.

Their winning streak would continue until May of 1994, when The Wonder Stuff cancelled a tour of Australia and the U.S. And much to everyone’s surprise, an announcement came in June that the band was splitting up. They performed a final concert in July of that year, fulfilling a contractual agreement, but that was it for The Wonder Stuff until a one-off concert reunion in 2000 set into motion a series of concerts and live albums which culminated in 2004 when it was announced that founding member Martin Gilks and member since 1989, Martin Bell would no longer perform as The Wonder Stuff and the band, in their eyes, was now defunct.

Since that time, the band have continued to perform with only Miles Hunt, the original founding member, still in the band.

But this concert heads back near the beginning – when they were huge and their records were selling all over the world. Maybe you remember hearing them in concert, or the first time you heard one of their records. Or maybe you never heard of them before, and you’re new to the band.

In any case, crank this one up and enjoy it.