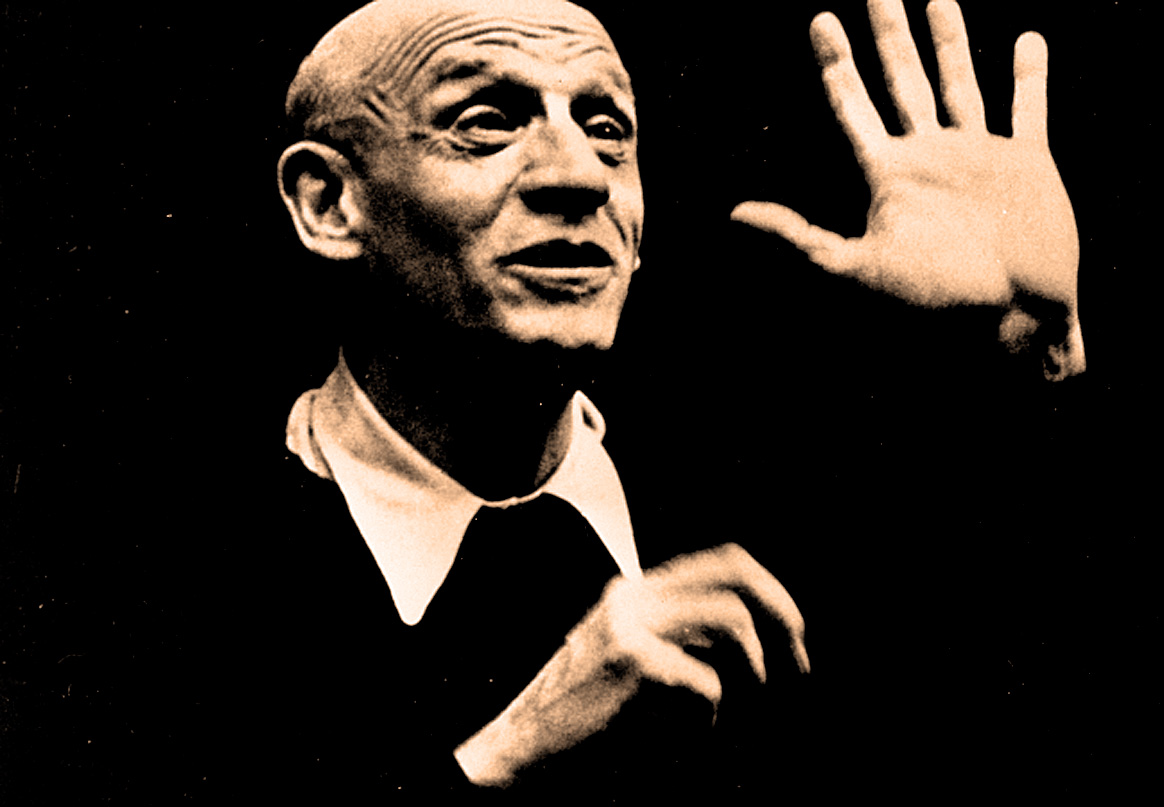 Dimitri Mitropoulos - In support of his fellow Greek this week.

Dimitri Mitropoulos – In support of his fellow Greek this week.

Dimitri Mitropoulos leads the New York Philharmonic this week in the Radio premier of a new work by Greek Modernist composer, Harilaos Perpessa.

Perpessa was born in Greece in 1907 and studied Composition with none other than Arnold Schoenberg. A devoted follower to the 12-Tone method, Perpessa was also one of the first Greek composers not to be associated with the National School. He wrote a considerable amount of Orchestral music as well as music for Piano, solo violin and cello.

Sadly, very little of it is played today – and this performance of the Perpessa Christus Symphony marked most likely the first and last times his work would be exposed to such a large audience.

Even though the symphony is in 6 movements, they are all played without pause, and on this nationwide Radio Broadcast, via the CBS Radio’s weekly live broadcast concert series, the audience is sufficiently excited. Whether or not (and I think there was) a commercial recording of this symphony I am not completely sure. I do know this particular premier performance hasn’t been available commercially, but rather via a few collectors airchecks of the original broadcast.

So, from December 10, 1950, here is that Premier recording, with the New Yorr Philharmonic lead by Dimitri Mitropoulos.