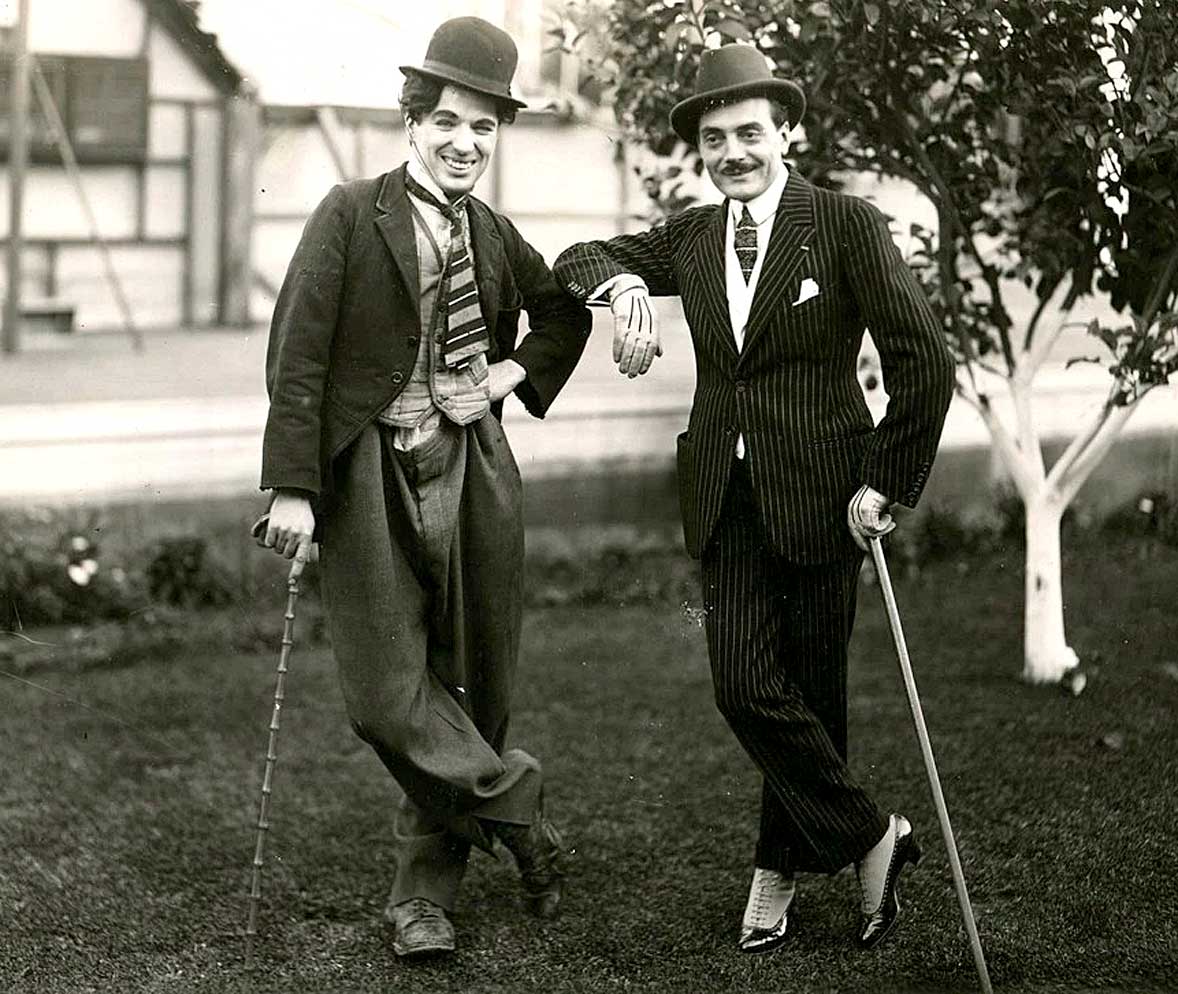 Silent Clowns - Charlie Chaplin and Max Linder - Everyone knew who Charlie was - Max Linder, not so many. (Photo: Maud Linder)

Silent Clowns – Charlie Chaplin and Max Linder – Everyone knew who Charlie was – Max Linder, not so many. (Photo: Maud Linder)

The Silent Clowns – an era where film was just getting started – where narrative, plot and personalities were in their infancy and where Comedy was slapstick and sight gags reigned supreme.

The Silent Clowns was a book, written and published in 1976 by New York Times Film critic Walter Kerr, whose own life had been taken over by the lure if the darkened movie palace and whose first memories of films were Silent, before the advent of Sound.

Kerr discusses the vast number of comedians working in film at the time and the incredible number of innovations and influences some film comics had over others.

Some names are familiar, even in 2016. Charlie Chaplin is probably the best known of the period. His work crossed continents and wasn’t hampered by a language barrier. But some are sadly forgotten, like Max Linder, who was one of the greatest comics to come ouf of France and one of the biggest stars in Europe, but whose career floundered in the U.S. and ended with his death by suicide.

But those are only two of the many legendary comics, whose work convulsed the world in laughter during the early part of the 20th Century and whose work is occasionally remembered today – names like Harold Lloyd, Buster Keaton, Harry Langdon, Mack Sennett, Roscoe “Fatty” Arbuckle (whose career was obliterated by scandal) and several others who made up the bulk of the Silent Clowns who helped establish film and movies as a viable entertainment medium from the 1920s to the present day.

Here is that interview with Walter Kerr, as it was originally broadcast on the program Book Beat, from July 17, 1976.