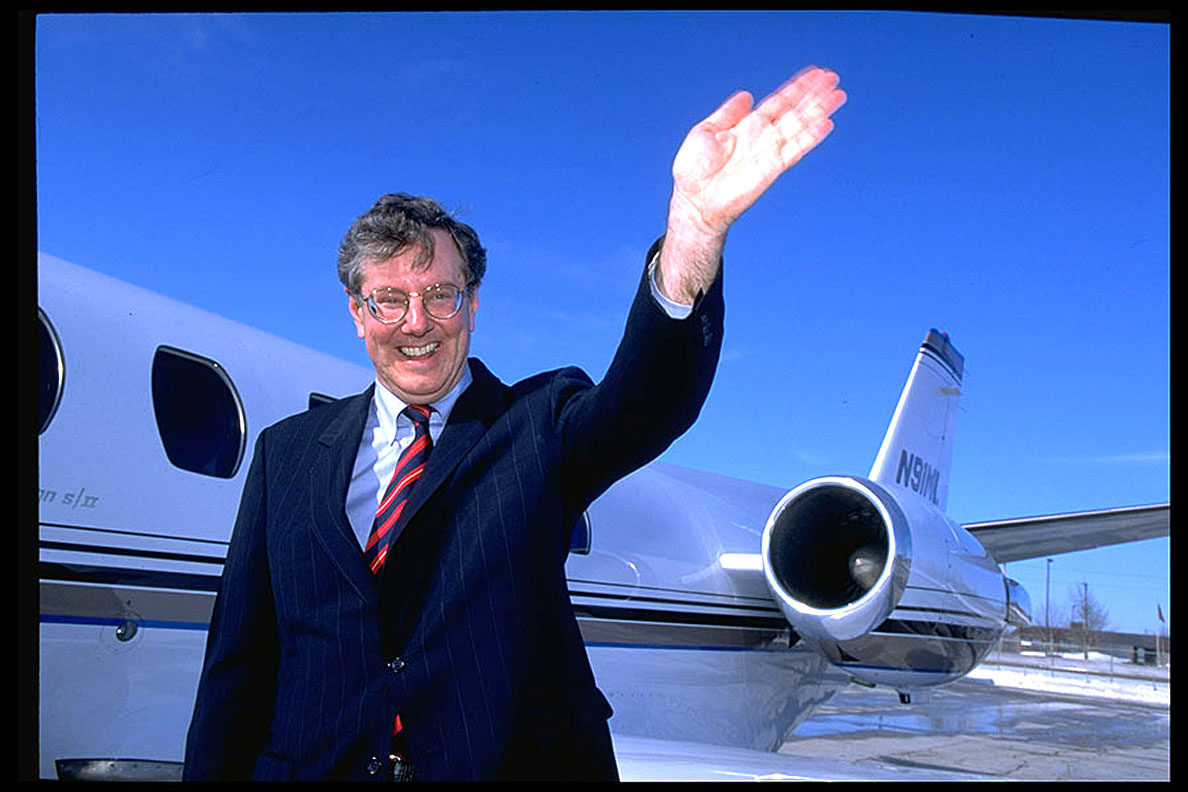 February 29, 1996 - Steve Forbes - opponents grumbled he was buying votes because he could.

February 29, 1996 – Steve Forbes – opponents grumbled he was buying votes because he could.

February 29, 1996 – Campaign ’96 was ramping up, with GOP Presidential hopeful and mega-millionaire Steve Forbes sailing to victory in the Arizona primary, which gave him the biggest win of his Presidential run so far, snagging some 61 delegates. Bob Dole came in second, and won his first set of primaries in North and South Dakota. Opponents were grumbling that Forbes was busy trying to buy votes, having spent over $4 million on Advertising in Arizona alone. That the wealthy Forbes was money-bombing his campaign and that, by calculations, Steve Forbes had spent some $40.00 per person to get votes. They wondered if Forbes’ money would hold out, if he did the same thing for Super Tuesday, it would take care of the Forbes empire. Distant hopeful and hot-button candidate Pat Buchanan was wondering just how much love money could buy. And all candidates were roaring ahead.

Meanwhile, the Trade Gap had hit a 7-year high in 1995, with Americans buying $175 billion more in goods than they sold on the world market the previous year, and this was turning into a campaign issue. Although it was partly offset by a record $63 billion surplus in services. In another report, consumer prices had increased at its fasted rate in over 2 years; 4/10th of 1 percent. Still, observers saw the consumer prices as not overheating. Sales of existing homes fell 4%, however with better weather and lower interest rates, things were bound to look up.

President Clinton was preparing to send a note to Congress saying he would veto a ban on partial-birth abortions, saying sometimes it was tragically necessary to save a woman’s life.

The Whitewater saga continued, with expiration set for April, Republicans wanted the hearings to be open-ended because they claimed the committee hadn’t finished its work because of a pattern of delay which was perceived as a cover-up. Democrats were offering a five week extension and no more, saying it was already a transparent exercise in partisan politics.

And the Prime Ministers of Britain and Ireland were getting together to salvage parts of the Northern Ireland Peace process.

And on and on it went; a small slice of news for this leap year day, February 29th, 1996 as reported by The CBS World News Roundup.