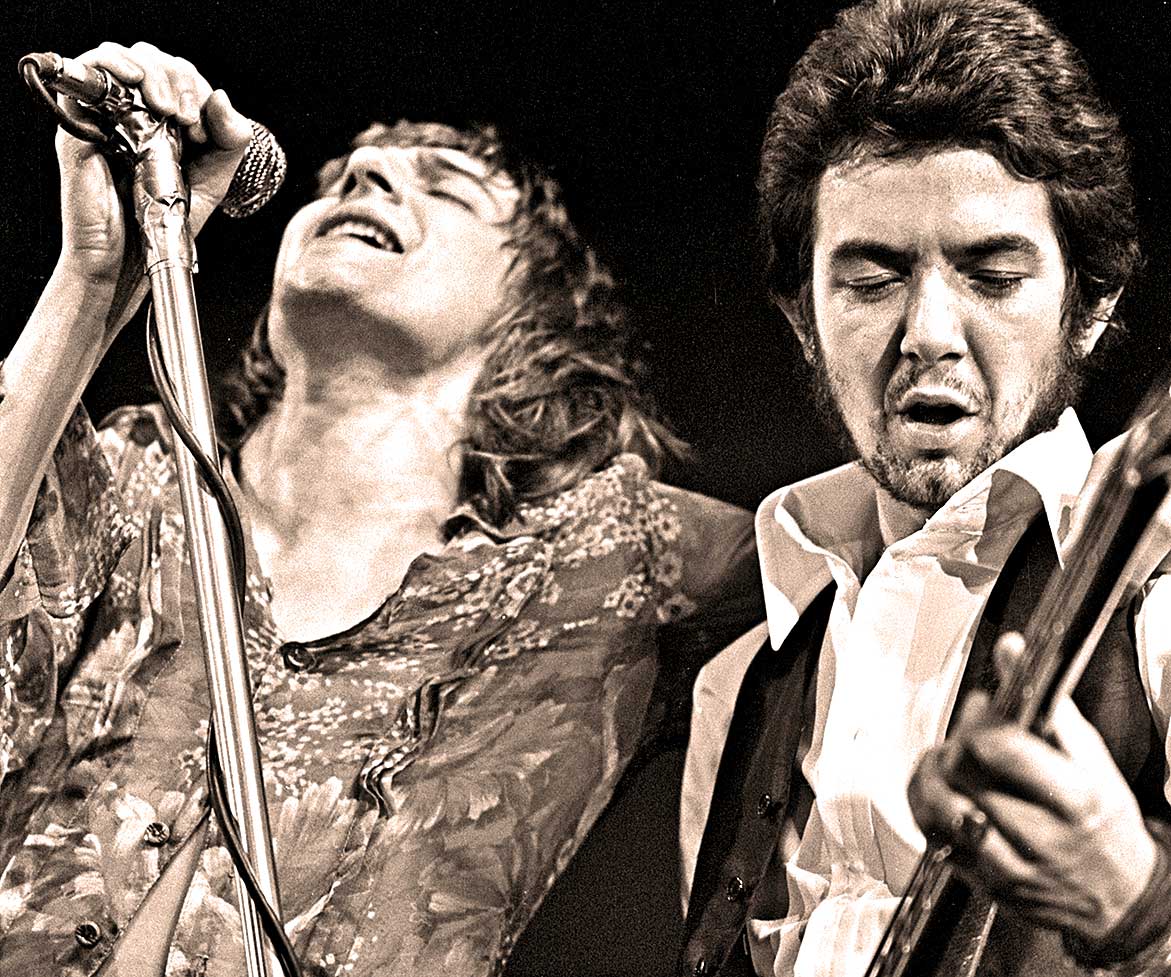 Rod Stewart with Ronnie Lane of Faces - Rock with Swagger.

Rod Stewart with Ronnie Lane of Faces – Rock with Swagger.

Rod Stewart and Faces – Hard to imagine this concert happened 43 years ago, almost to the day – February 24, 1973, a concert recorded at The Paris Theatre in London by the venerable BBC Radio 1 for their weekly In Concert series, hosted by none other than John Peel.

When news surfaced that Rod Stewart, formerly with The Jeff Beck Group, had formed a band with members of the former Small Faces, it got people excited. Stewart, who had a solo career after leaving Beck, was putting out some classic albums on his own and was responsible for some of the most memorable singles of the late 1960s/early 1970s.

So when this Super-Group came into existence, their first concerts and their debut album were much anticipated by press and fans. And they certainly didn’t disappoint. The Faces projected a boozy swagger that epitomized Rock n’Roll, and the red-eyed party atmosphere which permeated their concerts and tours.

This 1973 concert comes during their peak of popularity, when they were one of the top-grossing live bands from that period. It also features the band at a crossroads of sorts, with founding member Ronnie Lane preparing to exit the band and their final studio album Ooh La-La released. The band would finally dissolve in late 1975, but that was two years off, and this concert showcases was a potent force in Rock the band were during that period of time.

Although they’ve staged reunions over the years, The Faces as a continuing entity seem pretty far from happening – with founding members Ronnie Lane and Ian McLagen gone, a full reunion was impossible to pull off. Yet there have been stabs at partial reunions as late as 2015. Faces have proven to be a very influential band in the grand scheme of things.

If you’re familiar with them during this period, you know to crank this one up – if you aren’t, get acquainted and crank it up anyway.