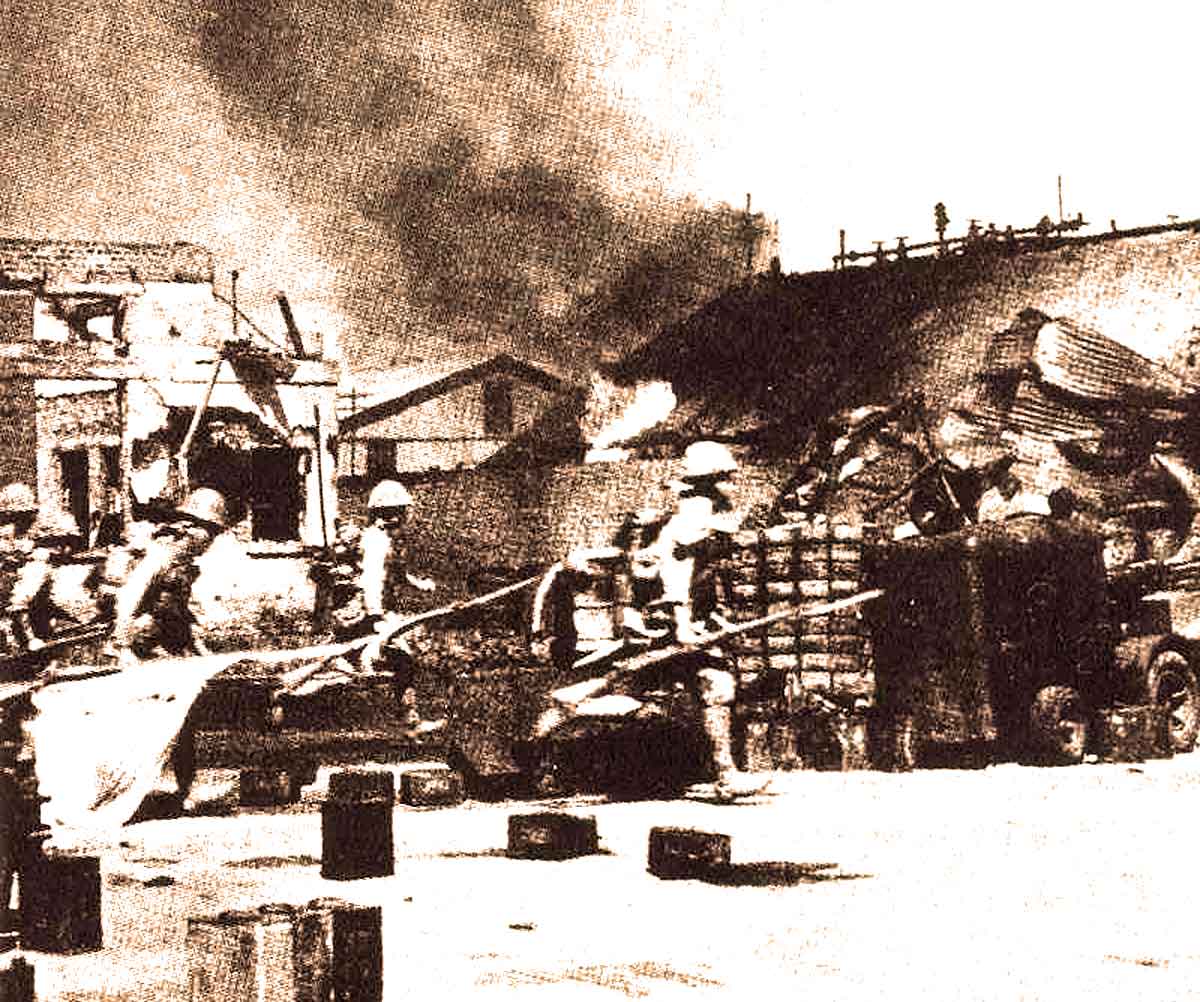 March 3, 1942 – Fighting in the Far-East was taking a bad turn for the allies. With the Netherlands giving up Batavia and slowly pulling out out of Java altogether, but not without putting up a defense. Reports of Japanese staging air raids on Darwin, and fears of an invasion of Australia. Further fears that the situation in the Far-East could turn to an invasion of India – it was a precarious time for the Allied armies in the Pacific.

Word that the U.S. was sending a mission to India to help in the defense of that country was making headlines in London. Which was more hopeful than the news that belt-tightening would be getter worse, that food was getting much scarcer, that Britons would have to do without some of the commodities they were getting. Despite that, officials were quick to add that no one would be going hungry in England, that there would still be enough food so that the public’s health would not be affected. However, the severest penalties would be meted out for Black marketeers.

Papers in London were also reporting the big reorganization of the American Army, and to American demands for an offensive, rather than defensive war. Those sentiments were echoed in London, where many were saying “we have a Minister of Defense -let’s have a Minister of Offense”, and the call to establish another front in the War was getting louder and more demanding.

On the Eastern Front – the Soviet Army was grinding ahead, with thousands of trapped Germans facing starvation, annihilation, or both. German officials said the situation was critical, as Soviet air attacks were frustrating German efforts to re-supply the encircled German troops from the air.

Russian troops were breaking out of the German pincer that had been locked, almost around Leningrad, since early the previous Fall was gradually being pried loose. Russian troops were thrusting out from Leningrad and Moscow reported that some 1200 German troops were killed in two days of fighting. Unconfirmed reports via Swiss Radio claimed the Russians were in the process of launching the biggest attacks of the war.

And a Japanese Admiral was quoted by newspapers in Tokyo, saying that the war could last 10 or even a hundred years.

All that, and a lot more from this March 3, 1942 as reported by The News Of The World from The Blue Network of NBC.