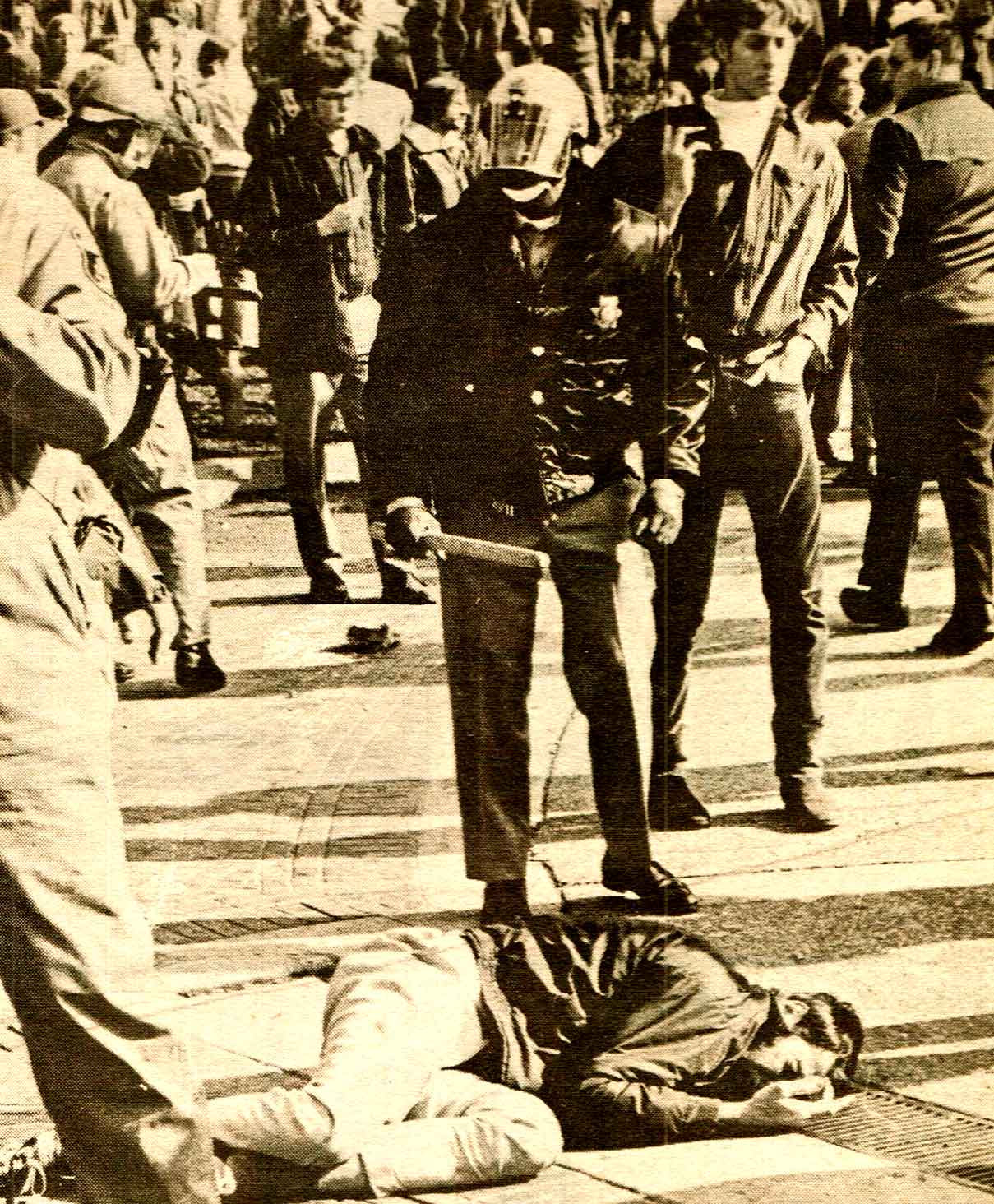 Student Activism. It was everywhere; on every College and high school campus. The protests were mostly about the War in Vietnam, but they ultimately ran the gamut – from free speech to Civil Rights. Many of the protests, by way of demonstrations, were peaceful; peacefully marching, chanting, holding rallies, listening to speeches – sometimes sitting or laying down in front of an ROTC building or the Chancellors office – Police called in; dragging students away who wouldn’t disperse – all rather matter-of-fact and without fanfare. However some protests weren’t – some got violent; students got killed and the college campus became ground zero for the rapid divide in America.

By 1969, not only was the Anti-War Movement at its peak, the Civil Rights Movement was vying for front page coverage on most newspapers and lead-stories on most nightly newscasts. America was a nation consumed by protest. And even though the protests were gaining ground and the sentiment was gaining strength, it created a aura of deep confusion and bewilderment on the parts of the older generation; those parents and grandparents of students carrying signs and shouting slogans.

It was what the Generation Gap was all about.

And it became the main topic of many discussion programs, like this one from July 2, 1969 – part of a series of discussions under the series title Tension In Modern Living – truly an apt title, and one which, in retrospect, conveyed much of the confusion and bewilderment of those not involved.

Of course, like most programs of this kind, they were dull as dirt and most people avoided them like the plague – they were, to a lot of people, a cure for insomnia. However, in 1969, there was still that thing called The Public Interest and The Fairness Doctrine. So programs like this populated TV and Radio. And despite their soporific effect on people at the time, in retrospect they were looking for answers to difficult questions.

And this program was no different – taking the “what is it you people want?” approach to Student protests, it probably explained more about the gap in understanding and dismay over the younger generation than the protests over the War itself.

It’s a fascinating document about a certain period of time, remembered for its broad strokes and blanket statements. Yet, upon closer inspection, you start to realize there was a bigger problem at hand.

When you consider how vastly different the College Campus of 2016 is, compared to 1969, you find yourself asking “what happened?” – what happened to the spirit of protest on College campuses – what became of the movements and plans and ideals? Education is considerably more different now than it was in 1969. In the ensuing years, the chant of anti-intellectualism and the dumbing down of America have put an end to the activities historically associated with those places of higher learning. And if you trace back, you can see how that trend began somewhere in the mid-1970s – the slow dismantling of programs, the rise of anti-education, even the deregulation of TV and Radio, where carrying programs like this one were no longer required, or even encouraged. All were parts of, perhaps a sinister plan to turn back the hands of progress, or maybe just a lack of direction and a loss of desire to fight.

Student activism is not what it once was – and maybe it’s taken on a different form. But to give you some idea of what it was like in 1969, during a time of great struggle and upheaval, here is that episode of Tension In Modern Living from July of 1969.