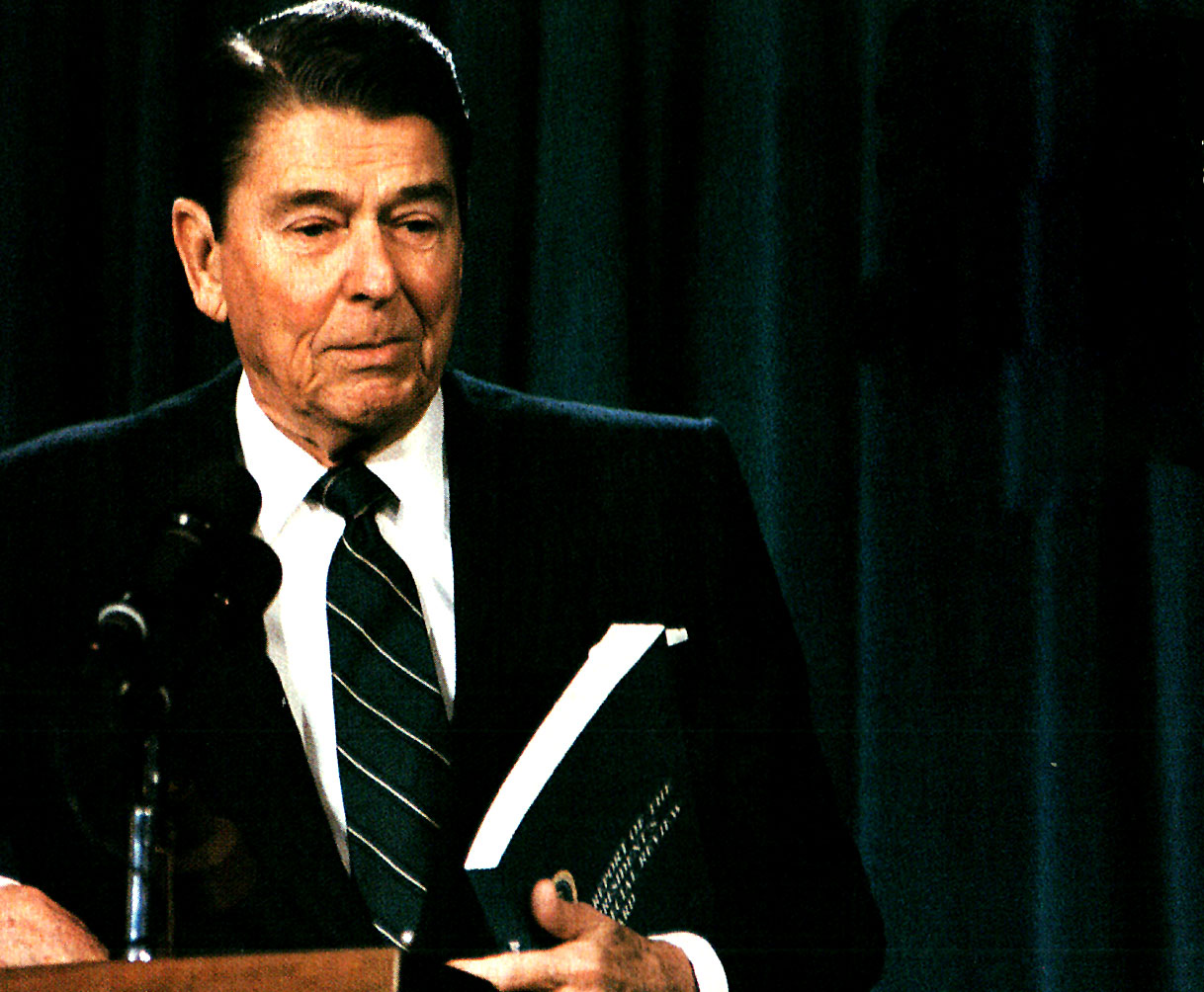 March 4, 1987 – on this day in Washington, a clamor for spin, a tsunami of questions and an appeal for answers.

The Tower Commission Report – the investigation over allegations of U.S. wrongdoing in the Iran-Contra Affair, which was commissioned by President Reagan on December 1, 1986, finally made its report known on February 26th. The report, lengthy and intricate, took days to digest. But when it had finally been carefully read, its conclusion didn’t bode well for the White House.

In essence, the commission laid blame on President Reagan, citing his “lax managerial style and aloofness of policy detail”. The report also cited CIA Director William Casey, who had known about the scandal, should have taken over control of the operation, but failed to make the President aware of the risks involved or notified Congress over what was going on.

The scandal was a huge embarrassment to the White House, and aides were scrambling to put spin on an otherwise severely damaging set of revelations. President Reagan was scheduled to appear before the nation later on this evening, to offer an explanation for his actions and the actions of those involved.

Meanwhile, there were other shakeups – Reagan Aide Donald Regan posted his resignation, amid another storm of controversy over his job performance and rumors of a blood feud with First Lady Nancy Reagan. His replacement was announced as Howard Baker, who would start immediately – hitting the ground running, as it were. Reagan also announced his selection of William Webster to replace William Casey as Director of the CIA. Between the scandal, the impromptu Press conference, the appointments and an appearance before the public; they were all design to regain the image of the Reagan Administration and set out of prove a revived Presidency was taking place.

The Webster nomination was a popular choice on Capitol Hill and with the public, but less so around CIA headquarters and the intelligence community. Webster, considered a “straight-shooter” and “by the book”, it was seen as a potential culture clash between the CIA and the FBI, as well as what were termed “the practitioners of the Black Arts” at the CIA – or as some quipped; “it could be a case of Boy Scout versus Cowboy”.

Speaking of spies – the Justice Department was reportedly asking for a lengthy prison term for admitted spy and former Naval Intelligence Analyst Jonathan J. Pollard. Under the terms of a plea agreement, he was not eligible for a Life sentence, the DOJ was nonetheless looking for some serious time for him and for his wife, who had both been caught spying for the Israeli government.

And The Great American Sleep-out began near the Capitol steps, with a group of Congressmen and Hollywood celebrities camping out on heating grates near the Library Of Congress overnight where temperatures were expected to hit below freezing. The move was staged to demonstrate the plight of the homeless and press Congress for passage of a $725 million aid package to provide America’s homeless with more food, housing and healthcare. Debate over the bill was scheduled to take place on this day, with a similar but less costly package to be unveiled by the Senate later on in the week.

And that’s a small slice of what went on, this March 4, 1987 as reported by The CBS World News Roundup.