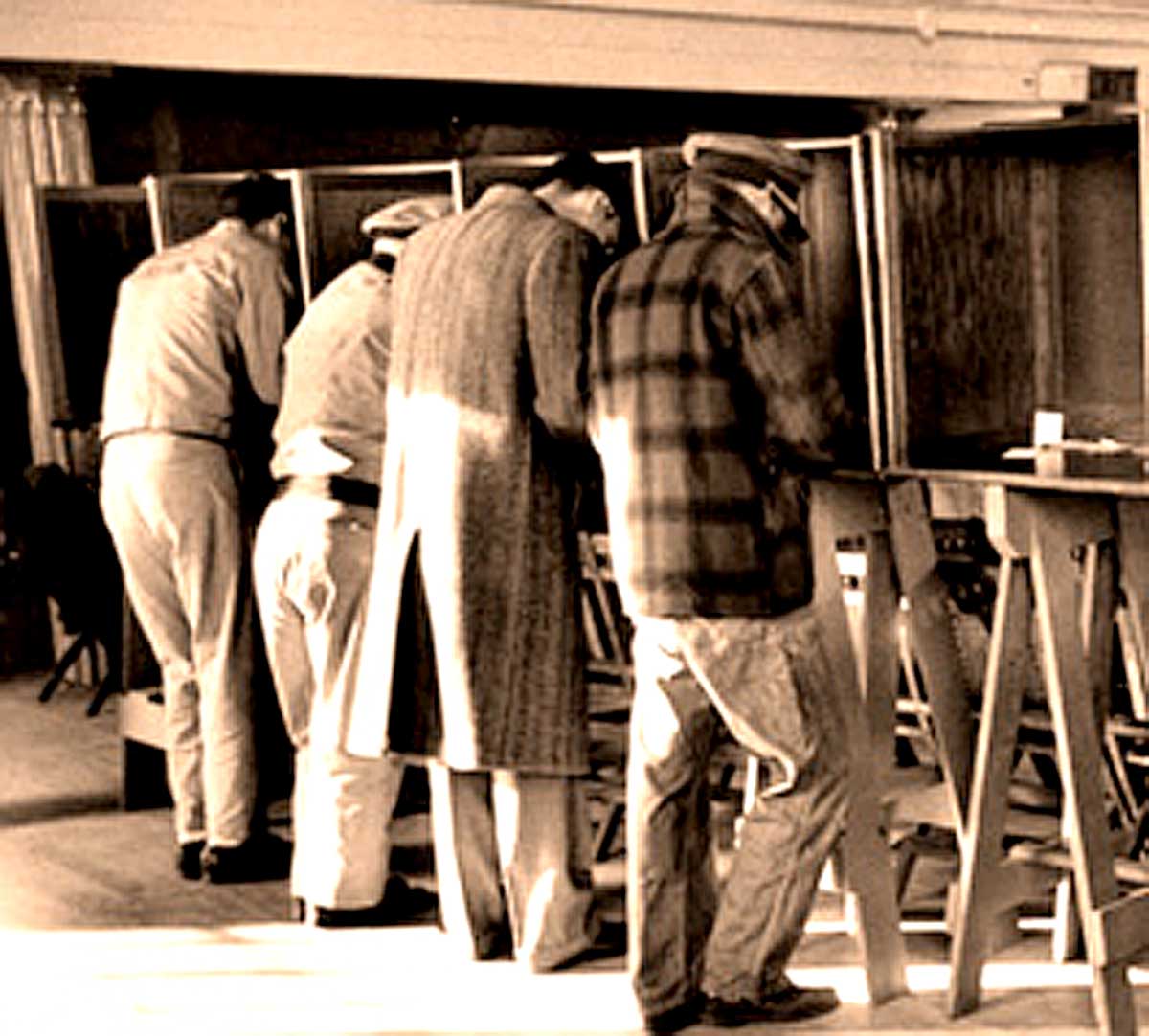 The Difference between a Republican and a Democrat - only the polling booth knew for sure.

The Difference between a Republican and a Democrat – only the polling booth knew for sure.

The Difference Between A Republican And A Democrat – The Open Mind – July 11-26, 1960 – Gordon Skene Sound Collection –

The Difference between a Republican and a Democrat. 1960 was an election year, and once again the political parties were vying for votes, taking stands, making promises and pledging supports.

But what really was the difference between the Republicans and Democrats of 1960? In retrospect, it was huge – but not what you would think, not from the perspective of 2016. In 1960, the Civil Rights issue was rolling to the forefront – and it was the large bloc of Southern voters; Democrats, who were violently opposed to Integration and voters rights. In many ways, the Republican Party of 1960 was much more liberal and left-leaning than many of the Democrats at the time.

We sometimes forget the roles of the two parties had almost become reversed by the time the 70s came about. Even as early as 1962, there was a movement afoot to take the Republican Party to a hard right, just as the Democratic party of Kennedy and Johnson were taking the Democratic party to the left of center and distancing themselves from the Dixiecrats of the South, who would eventually drop their party affiliation and head over to the GOP.

This discussion – a two-part special from the Open Mind series, explores what those historic differences had been between Democrats and Republicans and how it was going to impact voting, come November. It goes further than the question of Civil Rights – it goes into Foreign Policy – the economy, Federal programs, Schools – and you get an idea just how far things reversed over the years. How the moderate Republicans were all but banished from the party after 1964 – how Lyndon Johnson by-passed the South, yet still won a huge victory in 1964. And historically, how it was Teddy Roosevelt, a Republican, who set out to establish labor laws, establish National Parks, establish government inspection and safety of food. How things changed – how they quickly devolved from The Party of Lincoln to the Party of No. And how the Democrats, who fought anti-Lynching legislation in the late 1940s and fought Integration of the South in the 1950s, became one of the most vocal supporters of Civil and Human Rights.

Politics – they are, and have always been, something else.

Here is that discussion from 1960, during the Presidential election Campaign, talking about the difference between a Republican and a Democrat.