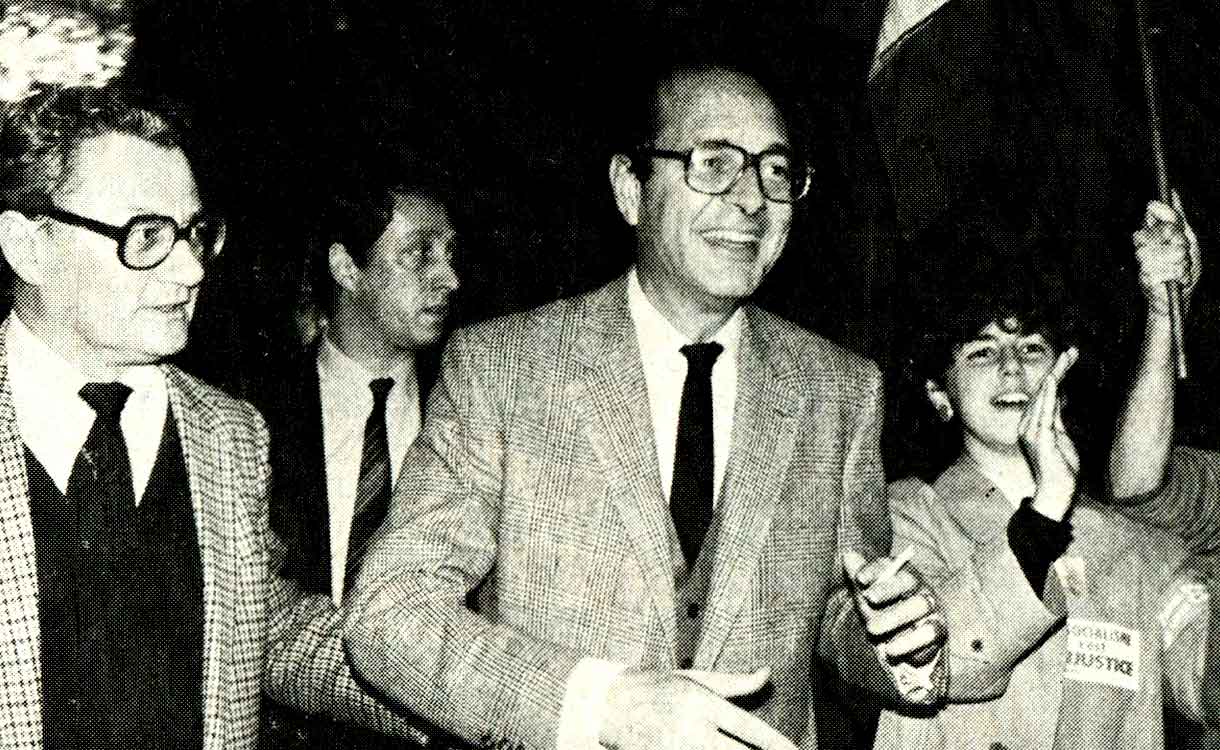 March 7, 1983 - In France, like Germany, it was a swift move to the Right. (Jacques Chirac on Election Night)

March 7, 1983 – In France, like Germany, it was a swift move to the Right. (Jacques Chirac on Election Night)

March 7, 1983 – They were going to the polls in Europe. And the results were unexpected. Germany’s Conservative Chancellor Helmut Kohl won voter approval of the way he ran things, and reactions from Washington were very pleased. Kohl immediately set out to form a new government with the strongest majority since 1957. Kohl’s resounding victory was a German vote of confidence for his conservative economic views and his strong support for the NATO alliance. Germany was now set for four years of moderate-conservative government. It was a signal to the Russians that (West) Germany remained committed to plans to accept new American missiles if the Geneva Arms talks failed. But the election was more about the economy to the average German than the question of missiles, and this election was hoped to spell and end to Germany’s worst recession since World War 2.

But Germany wasn’t the only one having elections – in France, votes were being tallied and the news wasn’t good for France’s ruling Socialist government. Angered by the continuing recession, voters in record numbers turned out for the country-wide Municipal elections and recorded a stunning 51% of the popular vote for the Conservatives and 46% for the left; a complete reversal from the previous elections. And even though these were municipal elections, they sent a strong signal to the Mitterand government that voters were tired with the lack of action and wanted a change in government, and the conservative surge, headed up by former Prime Minister Jacques Chirac were aiming to move the government to the right. In the first week of a two week election, Mitterand had much to be concerned about and Chirac had much to be happy about. Compounding the news came word that the French Franc was to be devalued again, largely due to the French trade deficit. However, no concrete move was to take place until after the second round of elections took place.

And that’s a small slice of what went on in the otherwise complicated world of March 7, 1983, as reported by The CBS World News Roundup – Newsbreak and the 9:00 am Network news.