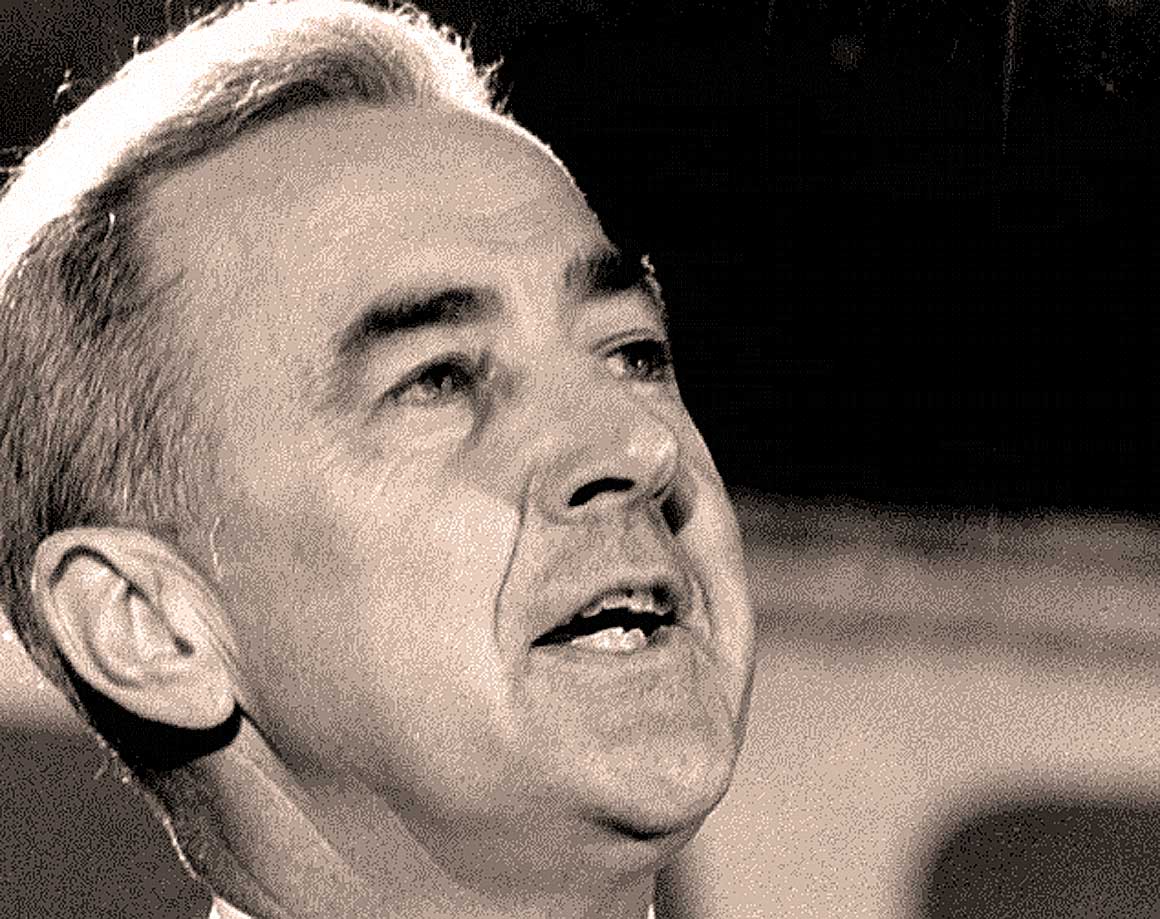 Eugene McCarthy. As opposition to the Vietnam War grew louder, the Presidential election year of 1968 would be bitterly fought, hotly contested and senselessly violent. Senator Eugene J. McCarthy was an outspoken critic of U.S. Foreign Policy in Southeast Asia and the way the Vietnam war was being waged. Late in 1967, Eugene McCarthy took his opposition stance to the American people by declaring his candidacy for President, running against Lyndon Johnson who, as of February 1968, had yet to officially declare his intention to run for re-election. Robert Kennedy, who had yet to declare his candidacy, and who had tacitly given his support to an LBJ re-election bid, even though he was considering it. Kennedy’s views on the state of government and the War were closer to McCarthy’s than Johnson’s. McCarthy represented the growing disenchantment with Washington, and the great move to the Youth Vote. And Eugene McCarthy represented the shift further left by appealing to Student Activists and those opposing the Draft and the War, who were gaining in numbers.

At the time of this episode of Meet The Press (February 11, 1968), Lyndon Johnson hadn’t announced his decision not to run, and Robert Kennedy wouldn’t enter the race until March. It was also during the time of the Tet Offensive in Vietnam, and there were a lot of unforeseen changes between February and November that year.

But McCarthy was considered something of a Dark Horse – a fringe candidate. He didn’t get the amount of media coverage Kennedy would get after his declaration in March – if anything, his candidacy was marginalized to an extent. He was deemed by many to be too radical to be in the White House and, even in 1968, there was still a majority of Americans (and members of Congress) who were for the war, rather han against it. So Eugene McCarthy had an uphill fight, even early on. And as is evidenced by this somewhat contentious exchange between the Meet The Press panel, McCarthy would have a difficult time winning the mainstream vote during an election that would be anything but business-as-usual.

And that was what Election Year 1968 was sounding like.