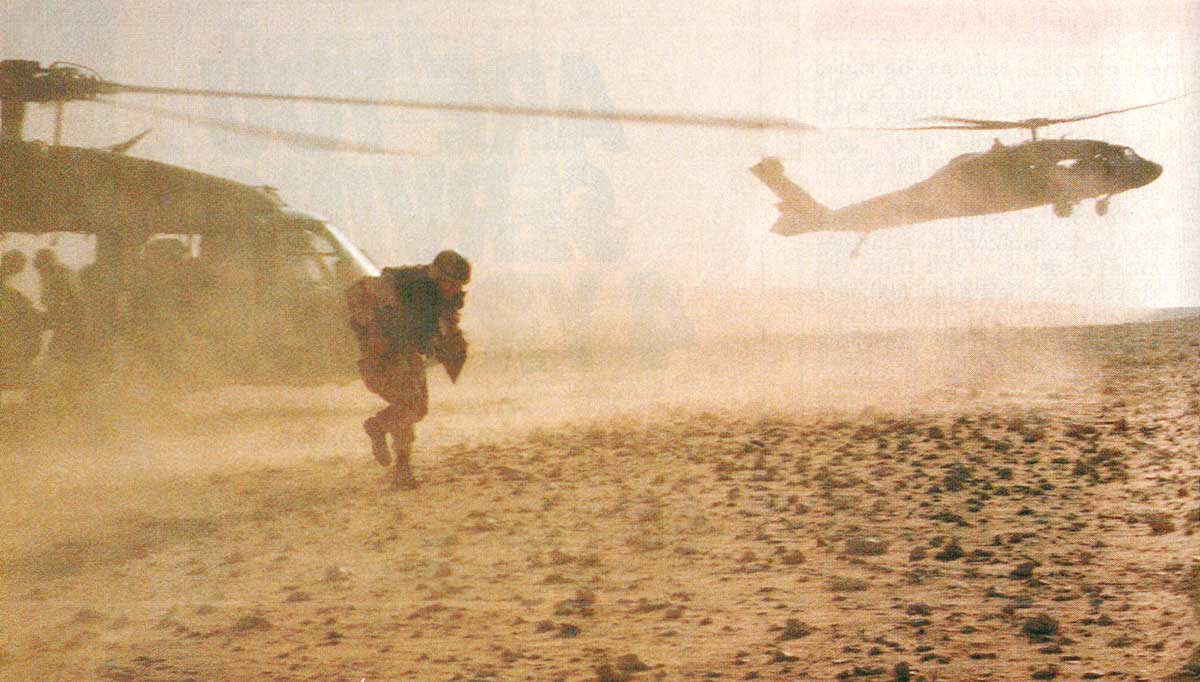 Before leaving for Kuwait, Secretary of State Baker disclosed that the U.S. had warned Iraq not to use chemical weapons against anti-government rebels. Intercepted communications indicated the Iraqis were toying with the idea. Now that the war was over, Iraq’s Saddam Hussein was facing a rebellion within the ranks of his own army, and the rebels were aiming to take over the Hussein government.

Meanwhile; The Emir of Kuwait told reporters from his exile in Saudi Arabia that he was going to set up a democratically elected government, once he got back to Kuwait City. When asked if that meant Kuwaiti Women would be able to vote, the Emir said he was thinking about it. In Kuwait City – about a hundred women began demonstrating over the return of Kuwait men missing since the beginning of the war. Iraq released some 1200 Kuwaiti prisoners of an estimated 7,000 taken captive. But the protestors said as many as 33,000 were still missing and wanted the Kuwaiti government to do more to find them.

PLO leaders had a change of heart and were anticipating meeting with Secretary of State Baker when he was scheduled to arrive the following week. The PLO had initially decline a meeting, but the turning point came after President Bush, during an address a few days earlier, called on the establishment of rights for the PLO. It was seen as instilling confidence that the U.S. would honor their intentions.

Back home – the closing chapter in the Lincoln Savings and loan scandal was coming to a close, with the final tab to tax payers to bail out the bank was $2 billion. Great Western Savings, which bought the assets of Lincoln for some $12 million, was in turn selling to Resolution Trust Corp. for $2 billion in order to cover Lincoln’s bad debts. RTC was reported to have already paid out some $1.9 billion to depositors. Lincoln Savings head Charles Keating was facing a $1 billion fraud suit from Federal Regulators, hoped to cover other costs by selling off additional assets, including a posh Golf Course and Spa near Scottsdale Arizona. The scandal managed to drag five U.S. Senators into the mess (known as The Keating Five), who were also expected to face disciplinary actions from the Senate.

And prosecutors in Los Angeles were looking for a speedy trial of the police officers accused in the arrest of motorist Rodney King, who had been videotaped beating and kicking the victim repeatedly.

And that’s just a small slice of what went on, this March 9th in 1991 as reported by The CBS World News Roundup.