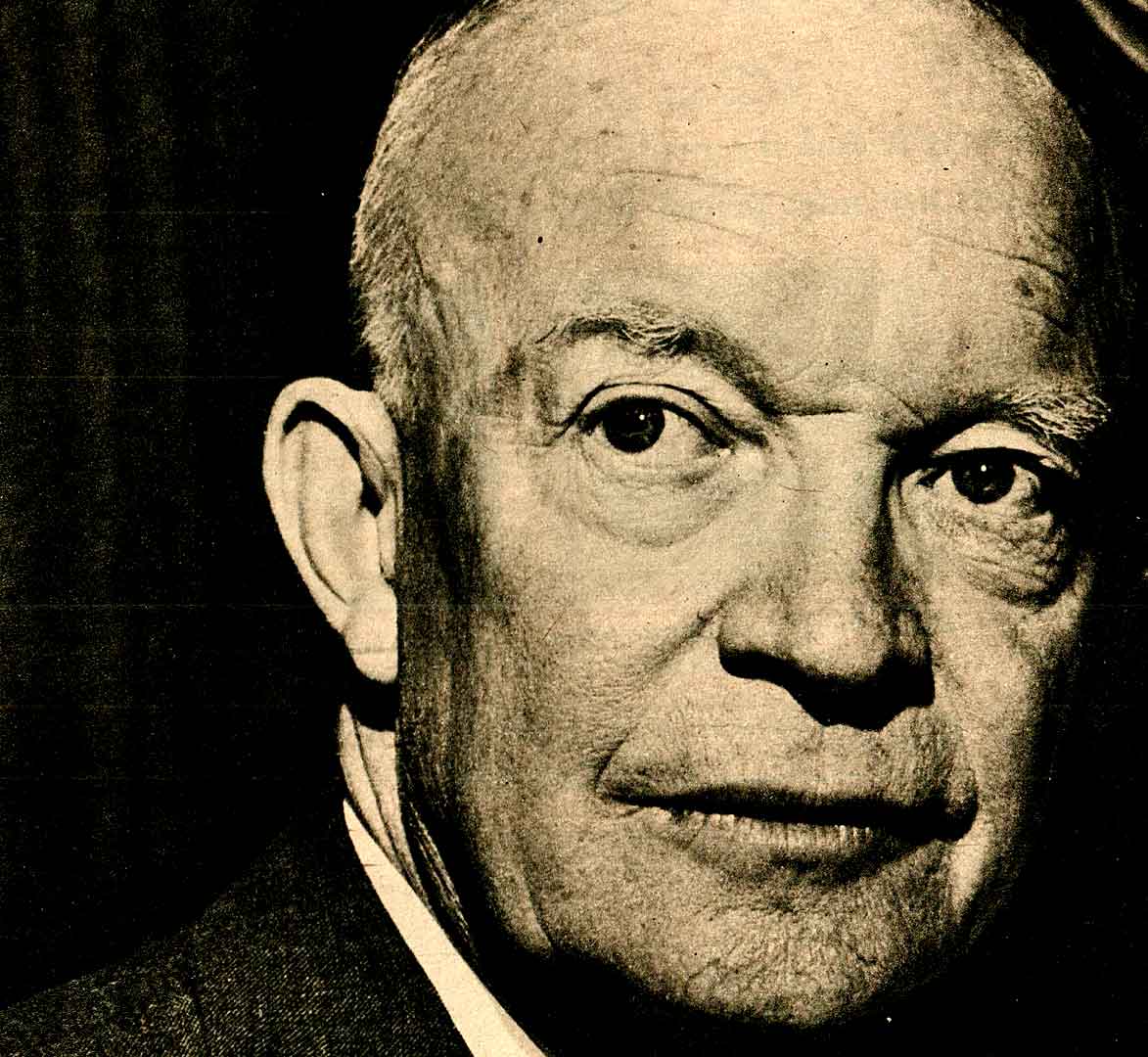 President Eisenhower – at the height of the Cold War, when apprehension was at its highest level. When fear over another war, or worse, domination by a Soviet Satellite over any country in Europe, put most Americans in a state of almost constant fear and dread. The future was looking grim. The present was a big question mark.

Adding to those fears was the Nuclear arsenal – now we had the Hydrogen Bomb – and so did the Russians. We were equally matched, and depending on who you were listening to, we were either woefully unprepared or the Russians were woefully unprepared, we were still heading down the slippery slope towards confrontation of the lethal kind.

But it was all fear – fear of the unknown – fear of a world gone askew – fear where life as we knew it was hanging in the balance and that our fears would lead to our eventual obliteration.

And so the country looked to President Eisenhower for answers, or some assurances, that everything would be alright. And on April 5, 1954, Eisenhower took to the airwaves to give the American people a pep talk – let them know, on no uncertain terms that, despite the world and its population in dire straits, was still a long ways from total destruction.

Ironically, Eisenhower gave his address on the same day World War 1 broke out some 40 years earlier – and the parallels to that dim-distant time and this hair-trigger one were abundantly clear.

Eisenhower knew a thing or two about War – he was Supreme Commander of the Allied Forces in Europe of during World War 2, and as a career soldier, had abundant experience with the wages of war and the devastation and loss that come with them.

So, to give you some idea of just how far political stances have shifted – some 62 years ago, here is that address by President Eisenhower as he gave it, on April 5, 1954.