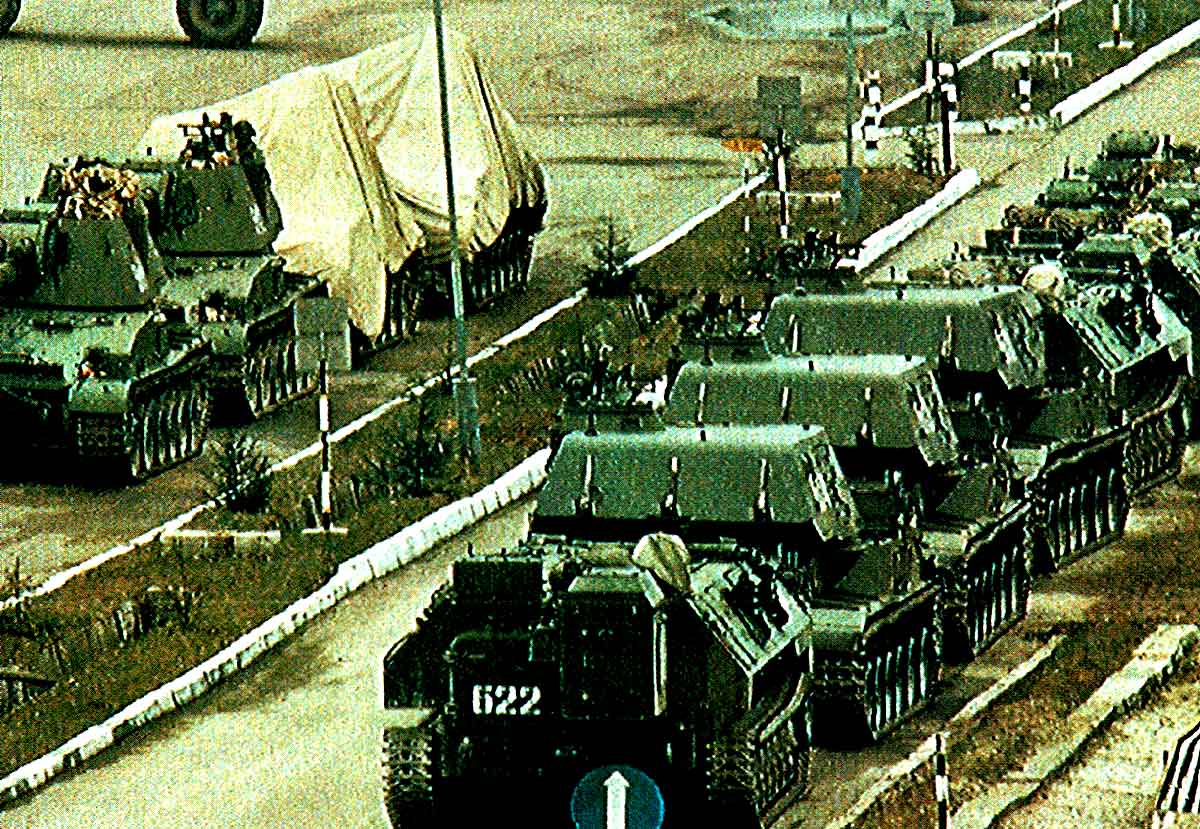 March 10, 1990 – The continuing and developing story of the breakaway Soviet republics got its latest chapter in the form of Lithuania, whose Parliament voted on a Declaration of Independence to leave Moscow and who were teetering on the brink of a full-on Soviet military confrontation as the result. With word that Lithuania could break away from the Communist bloc as early as March 11th, opponents of the secession urged waiting a few more days, or even weeks. But the momentum was already underway and the mood was to get out from under the Kremlin‘s thumb now, if not sooner. Lithuania, along with Latvia and Estonia, became part of the Soviet Union as part of a secret deal with Hitler in 1940. Always wanting independence, the Glasnost movement of Mikhail Gorbachev made it a reality. And even though Gorbachev tried to persuade Lithuania to stay in the Soviet Union during an unprecedented trip to Vilnius earlier in the year, it didn’t work.

The declaration was easy, but what Lithuania was facing were possibly years of hard times, as it was doubtful Lithuanian economy was able to stand it alone. Most Lithuanians knew that, but it wasn’t stopping them. The genie was out of the bottle.

And Italy was joining in the big shift – with the Italian Communist Party, and over million members climbing on board the reform movement by adopting a new name, a new philosophy and even a new symbol. Gone was the Hammer & Sickle – some speculated it was going to be replaced by a Dove holding an Olive branch in its beak. The Italian Communist Party had been long-standing, but stagnant, with consistent poor showings at the polls – it was hoped this new shift from a hardline Left to a more moderate Left would help rejuvenate interest. Nothing was certain and wouldn’t be for several weeks to come.

And that’s a little of what went on, this March 10th 1990 as reported by the CBS World News Roundup.