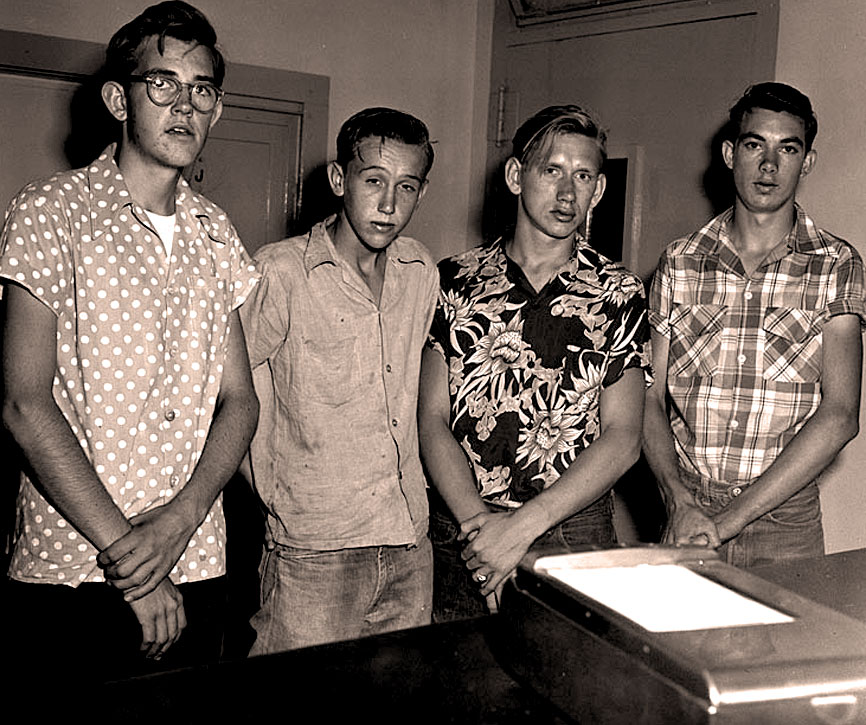 Juvenile Delinquency in 1956 – the big problem centered around hubcaps and hubcap stealing for fun and profit. Sounds silly, but apparently it was quite lucrative in 1956, and it drove many teenagers to a life of crime in Los Angeles and other cities around the country.

In this documentary, produced by CBS Radio West Coast via KNX, they relied on actual recordings of busts and arraignments of what sounded like hardened teenage criminals in a format very reminiscent of the Cops TV reality show.

Compared to todays drive-by and high-school shootings, stealing hubcaps seems rather lame and ludicrous. But in the 1950s things were still pretty conservative. And teenagers, for the most part, were a rather sedate bunch. The disturbed and violent ones made for prominent copy in magazines and subjects for stories on radio and TV like this one – or wound up as movies, like Rebel Without A Cause or High School Confidential. But as the teenage population grew over the coming years, sedate was a thing of the past and you were more than likely to get busted for a Kilo of Acapulco Gold than the hubcaps to a 1954 Dodge.

But it gives further evidence that things have always been in a perpetual state of change and evolution. And sometimes that evolution can be shocking; the change can be abrupt and potentially disturbing to those older and not used to being the object of those changes. But as years pass, certain customs and rites-of-passage seem inconsequential in comparison to what occurs during the time you’re in. Which makes the well-worn phrases “In My Day” and “I don’t understand these kids” almost as prevalent as the rites of passage that generation goes through.

So, as you listen to this documentary about stealing hubcaps in 1956, just remember that the kids they’re talking about, are no doubt the same age as many of your parents or grandparents – and maybe they cringe and wring their hands over your selfies or mass high-school shootings – they raised their own hell in their day, and it could have been you.