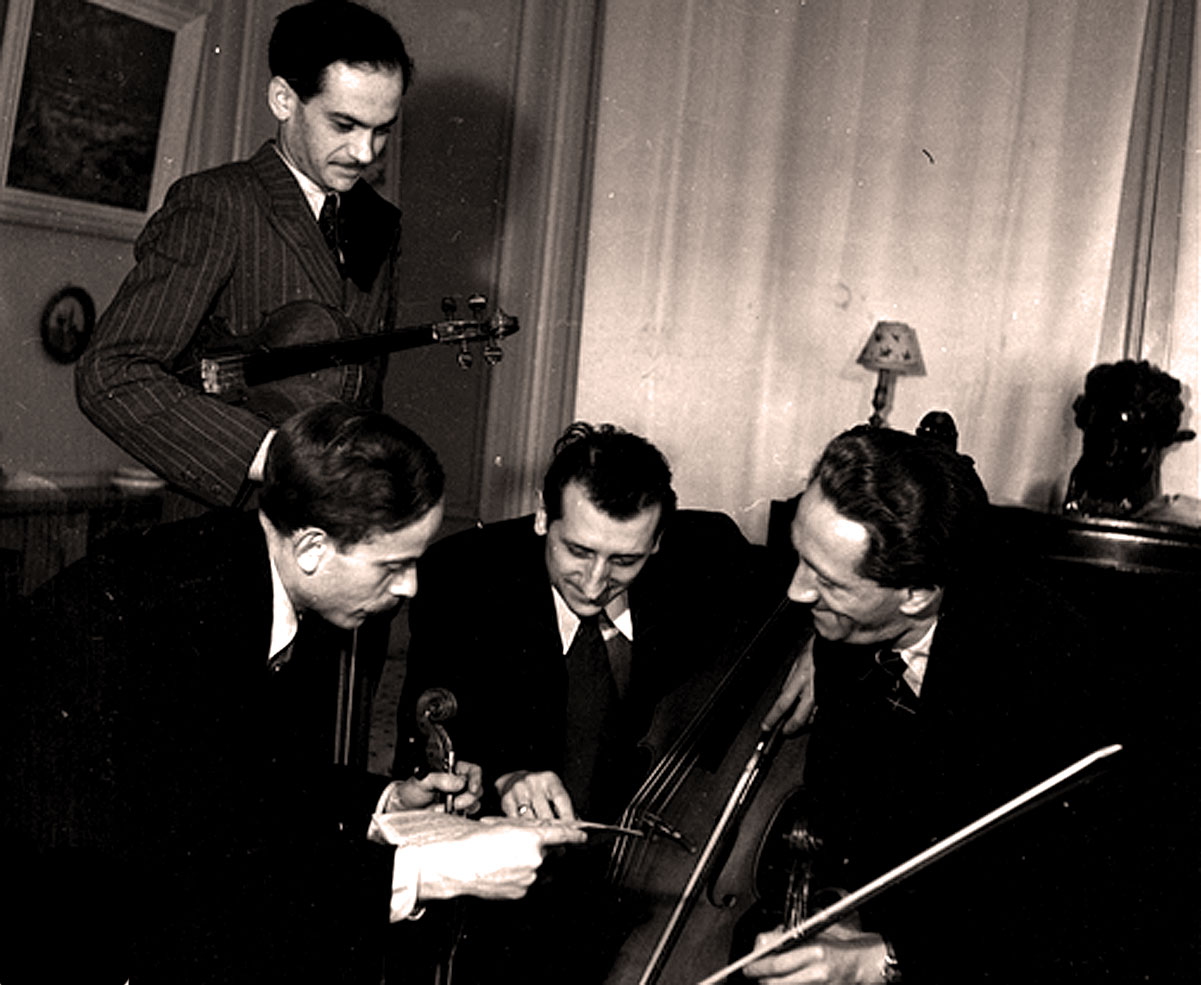 Loewenguth String Quartet - one of the better know Quartets that came out of France from the 1930s to 70s.

Loewenguth String Quartet – one of the better known  groups that came out of France from the 1930s to 70s.

The Loeuwenguth String Quartet in a radio concert this week. From French radio Transcriptions comes a performance of the 1944 String Quartet by Jacques Ibert, recorded around October of 1963.

Jacques Ibert was a prolific composer, whose work went from the early 1920s until almost up to his death in 1962. He is primarily known for his Orchestral piece Escales (Ports Of Call), but he composed a vast quantity of music for voice, solo instruments, Chamber groups, as well as numerous film scores. Much of which is barely performed today. The String Quartet was completed in 1944, during his exile to Switzerland during World War 2, and just before his return and reinstatement into French musical life.

The Loewenguth String Quartet was up and running from 1922 until the death of founder Alfred Loewenguth in 1983. During that period of some six decades, the Loewenguths recorded a staggering amount of chamber work, including the first commercial recording of this Quartet, which they recorded for French HMV in 1945. One of the most famous of French String Quartets, The Loewenguth’s were particularly well known for their interpretations of Beethoven, Mozart and Haydn, but were also associated with the premiers of several contemporary composers, including Ibert.

This performance, recorded for the ORTF in Paris, hasn’t been available commercially, and mostly likely hasn’t been heard since it was first broadcast in 1963. Some 20 years after their first performance and commercial recording of it, this more recent performance of the Ibert String Quartet maintains the spirit and energy they most likely devoted to the piece in 1945.

In any event, enjoy and come back next week, where the digging continues and the discoveries come flying off the shelves.