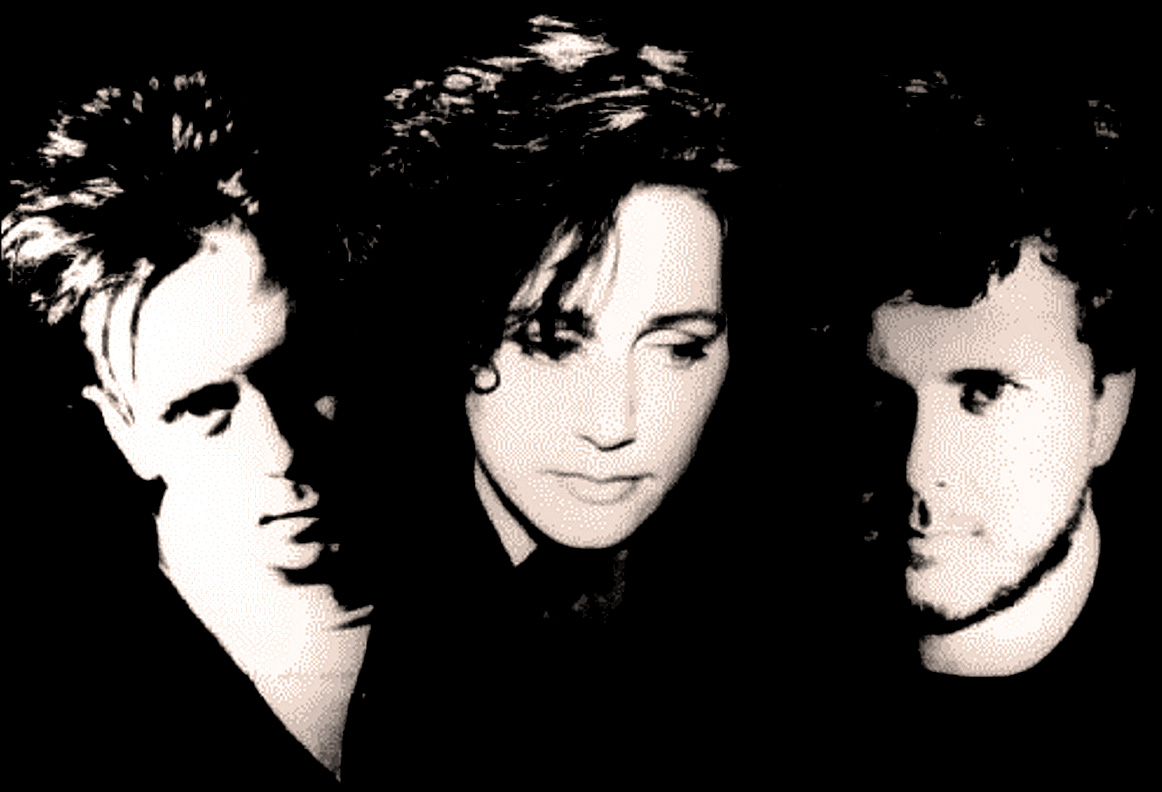 Cocteau Twins tonight. One of the first, if not the first of the Ethereal/Dreamscape bands to arrive on the scene in the late 1970s.

The Scottish trio, consisting of Elizabeth Fraser, Robin Guthrie and Will Heggie, made an almost immediate impact on audiences and critics, with a sumptuous and ethereal blend of electronica and ethereal sound, topped off by the distinctive soprano wordless vocals of Fraser.

This session, their first for John Peel, was recorded on July 15, 1982. It comes at the time of the release of their debut album, Garlands by 4AD. It was an instant success and it signaled a distinct change in audience musical taste from Punk and New Wave, to a heady mixture of Dreamscape, Ethereal and Electronic. The open and spacious atmosphere they generated, coupled with layers of sound and vocals, proved to be highly influential and became a sound imitated by scores of bands to come. The press, who were enthusiastic about The Cocteau Twins, associated them (wrongly, IMO) with Siouxsie and The Banshees and Bauhaus as well as goth bands like Gene Loves Jezebel. The comparisons were slight, but the Cocteau Twins were entering new territory and there needed to be some frame of reference to compare them to. They were, however, unique – and being unique can have its own set of problems, particularly where Pop culture is concerned, since pigeonholing is often a virtue.

Bands who followed, like My Bloody Valentine and Dead Can Dance (who were not only label mates of the Cocteaus, but were also featured in last nights Soundbooth) had more of kinship to The Cocteau Twins than the previously mentioned bands. And these bands formed the nucleus of Dreamscape/Ethereal and became key in the progression of Shoegaze in the later 80s and early 90s.

Shortly after this session, bassist Will Heggie left and was replaced by multi-instrumentalist Simon Raymonde in 1983, and the band continued its stream of successes up until their eventual breakup in 1997. The 80s were a lead-up to their mainstream success in the 1990s. But problems, of not only the drug and alcohol kind, but of the inter-personal kind, cast a huge shadow of doubt over the band which eventually led to their demise in 1997. There was an attempt at a reunion in January 2005 with a much anticipated appearance at Coachella and promises of a world tour later on in the year. However, by March of 2005, they had called the reunion off and nothing came of a reunion until a one-off appearance in 2008 during a Q Magazine Awards show.

Whether or not they eventually get back together is anyone’s guess. But for now, here if their very first session for John Peel, as it was recorded on July 15, 1982.