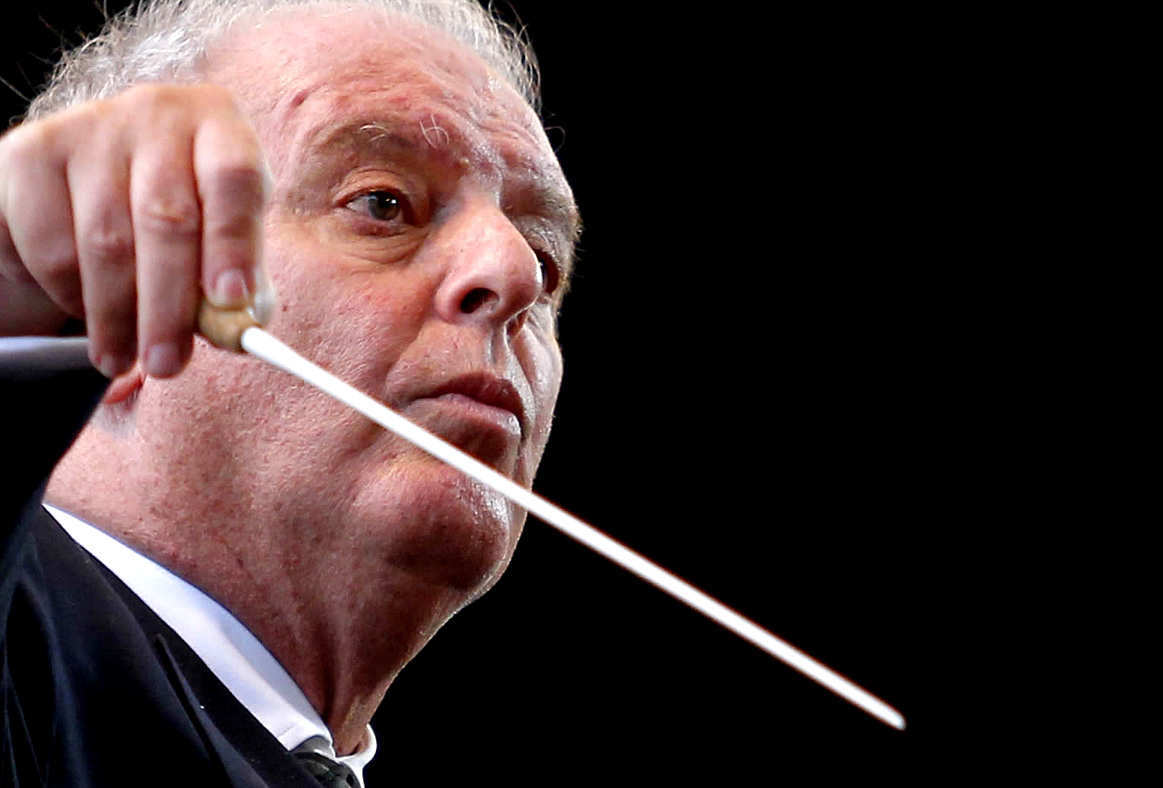 Daniel Barenboim this week. The iconic Pianist-Conductor, who has been a household name for decades leads the Berlin Staatskapelle orchestra in music of Arnold Schoenberg and Sir Edward Elgar.

There are only two works in this 80+ minute concert, recorded in Bonn on September 4th of last year, by RBB Radio Berlin.

Coming to worldwide prominence as a virtuoso pianist in the late 1950s, Barenboim started his career at the age of 7 with a concert in his hometown of Buenos Aires, Argentina on August 19th 1950. In 1952 the family moved to Israel and shortly after that, in 1954, the young Barenboim was taken to Salzburg Austria where he met and played for the great Wilhelm Furtwaengler. He gave his International Piano debut in 1952, and shortly after that, began his recording career.

In 1966, Barenboim made his debut as a Conductor, leading the English Chamber Orchestra. Ever since, he’s been dividing his time between Conducting and playing Piano.

Shortly after his recording debut, he met and married the cellist Jacqueline DuPrè in 1967, and embarked on a series of memorable concerts, not only with her, but with Pinchas Zuckerman and Itzhak Perlman, which also resulted in a series of milestone recordings for EMI.

This concert features Barenboim in his role as Conductor. Leading in a varied program, beginning with the Variations for Orchestra by Arnold Schoenberg and the Symphony Number 1 by Sir Edward Elgar. The concert was recorded in the Beethoven Festival hall in Bonn.