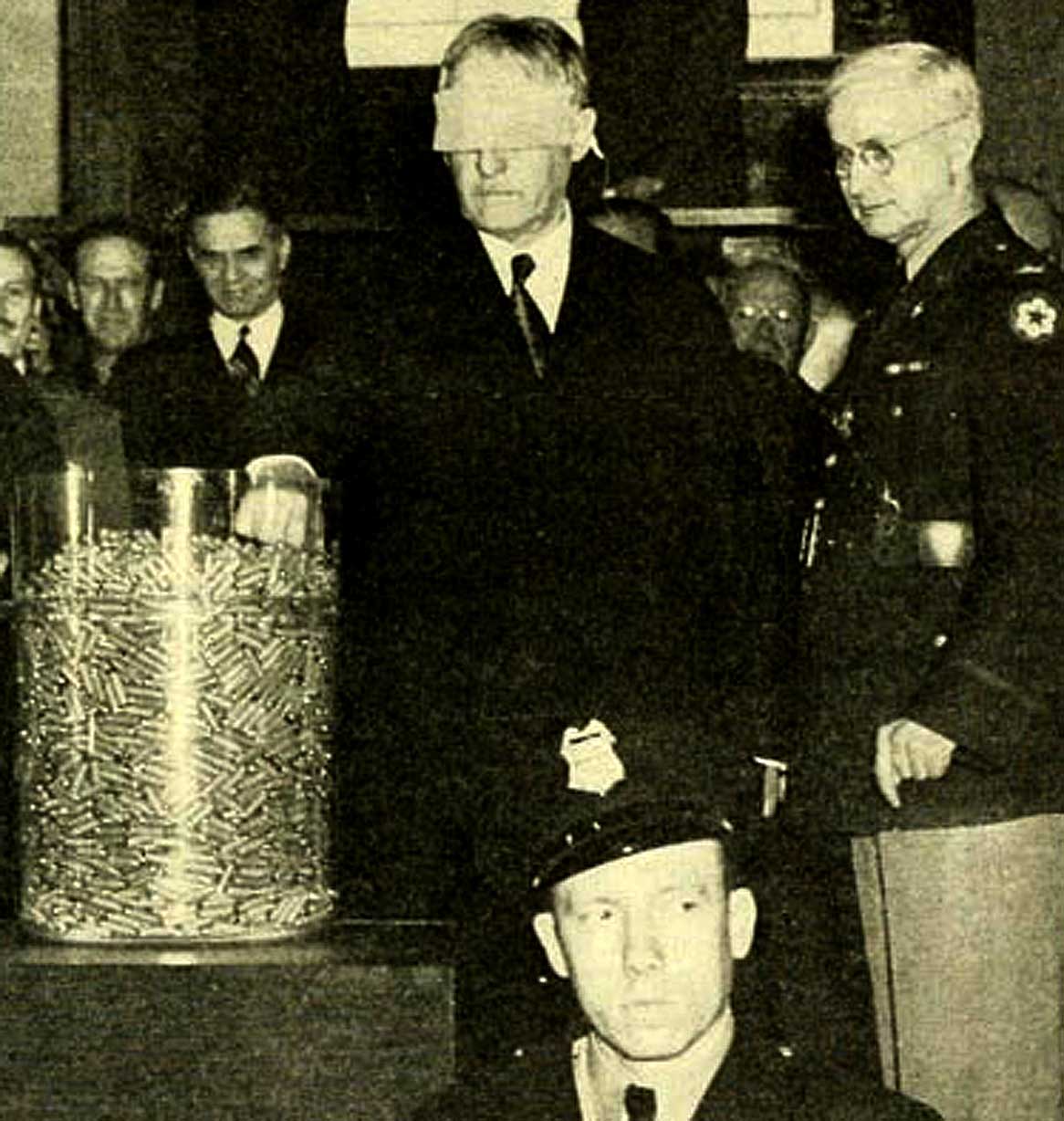 Draft Lottery - into the fishbowl hung the futures of many.

Draft Lottery – into the fishbowl lay the futures of many.

The First Draft Lottery to take place in wartime took place on this day in 1942. Into a giant fishbowl went many thousands of numbers, all corresponding to dates of birth for men between the ages of 20 and 45. They were to be picked at random, and those numbers would indicate what priority those draftees would be.

The process was overseen by General Louis Hershey, who was head of the Selective Service. On hand were several dignitaries, each took turns picking numbers out of the bowl until all were taken out. The process lasted well into the night, and it was a nail biting time for all those putting their lives on hold, waiting for the outcome.

There were waves of enlistments, especially after Pearl Harbor. But the need for additional troop strength outstripped the enlistments, and it was felt the best way to maintain a constant supply of new recruits was to enlist the lottery method. Not everyone was drafted – those who weren’t were obliged to do war work or enlist on their own. And so the Wartime Draft began in ernest and would continue up until after the end of the war, when Congress voted to end it.

Ironically, the Draft has been reinstated over the years, and continues to be pondered as a possible alternative to lax enlistments – the last time the draft was in effect .was during the Vietnam War. But it wasn’t until 1970 that the Lottery System was used again. There has been talk from time to time about bringing the draft back, as a way of evening the playing field of those who serve in the military. It is often met with resistance for a number of reasons. But there was a time this was a mandatory rite of passage for every young man who was not-quite-adult.

And this a reminder of how that first time in 1942 went down.