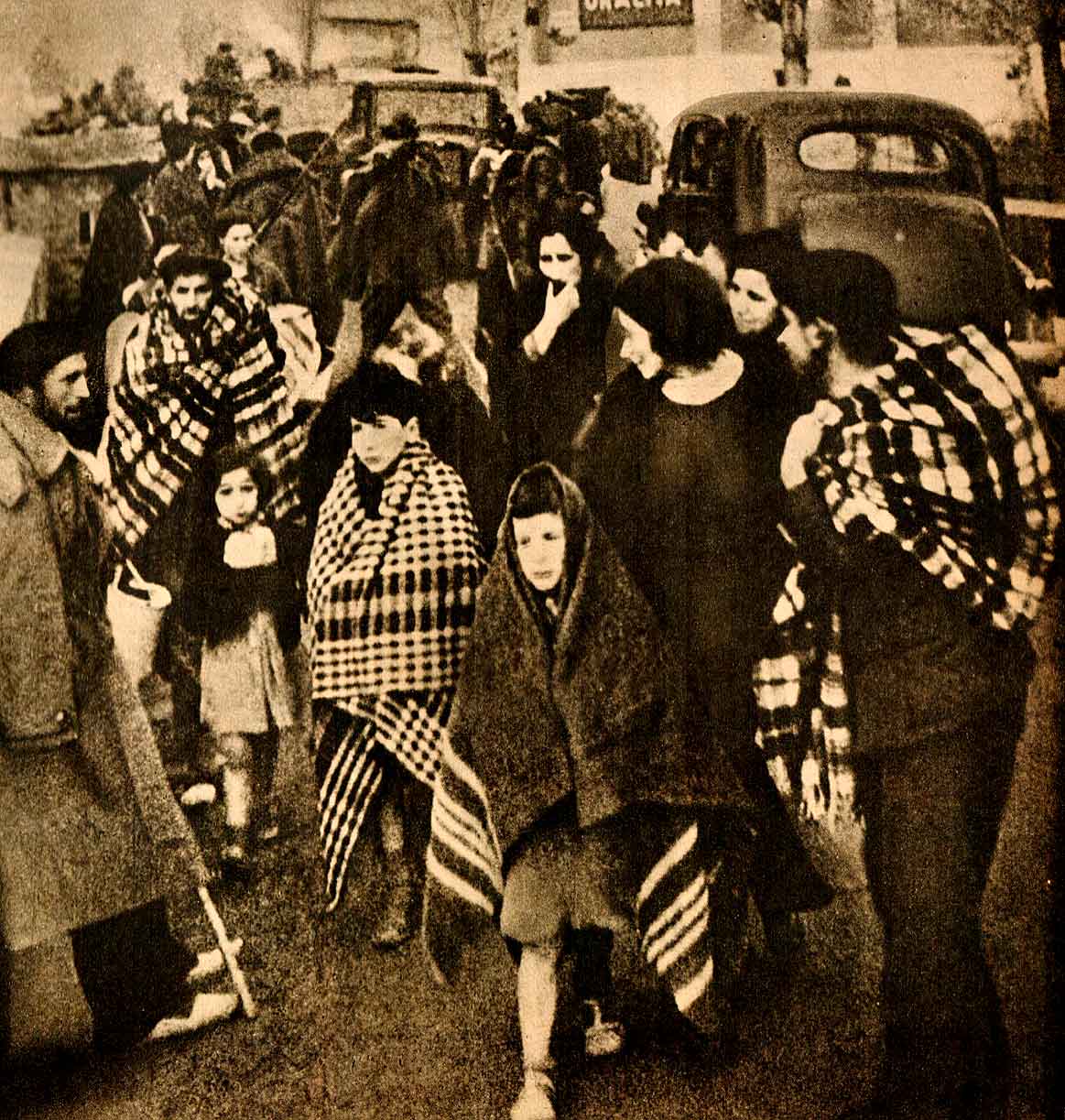 Spanish Civil War refugees streaming by the thousands into France, over the channel to England - anywhere but home.

Spanish Civil War refugees streaming by the thousands into France, over the channel to England – anywhere but home.

Spanish Civil War – the years 1936-1939 saw some of the worst devastation, division and bloodshed since the World War (World War 1, as 2 hadn’t gotten started yet). It was a civil war over ideaologies, politics and religion – it ripped apart families, destroyed communities and it installed a Dictator who ruled Spain all the way until his death in 1975; General Francisco Franco, who rose to power through the military ranks, first as chief of Staff of the Spanish Army and then as head of the Army. He was a staunch right-wing Monarchist who led a military coup to overthrow the democratically elected government.

He was met with stormy opposition, and civil war broke out. It ravaged the country for the next three years. Franco, with an Army equipped largely by Nazi Germany, with troops borrowed from Fascist Italy, fighting loyalists, who were equipped by Russia and with troops supplied by leftists from France, the U.S, and Britain. The war also included a myriad of militias and groups, some loyal to Franco and others loyal to the government, as well as religious affiliations further tearing the fragile Spanish fabric apart, in what became a country totally consumed and ravaged by war.

And with every major civil war, came the question of refugees; those people trapped in the middle, who were looking for a way out, were in dire need of help and a place to relocate. Some refugees streamed across the border into Southern France – forcing the French authorities to try and stem the onslaught of displaced persons, looking to get out of the way of war. Some managed to board ships and head to Britain, where they sought refuge, while others went to the U.S. by almost any means necessary.

Sound familiar? It’s ironic that the Spanish Civil War is almost an echo of the current dire situation in Syria – in that whole region, for that matter.

In April of 1937, The Society of American Newspaper Editors, during their convention in Washington D.C. enlisted the services of Webb Miller, European managing editor of the United Press, who was getting first-hand accounts of the fighting, addressed the convention to relay his stories of the harrowing situation and give an assessment of where the Civil War was heading.

Interesting and compelling listening and loaded with chlling ironies. You could substitute the word Spain for the word Syria and it would almost be an identical situation separated by some 80 years.