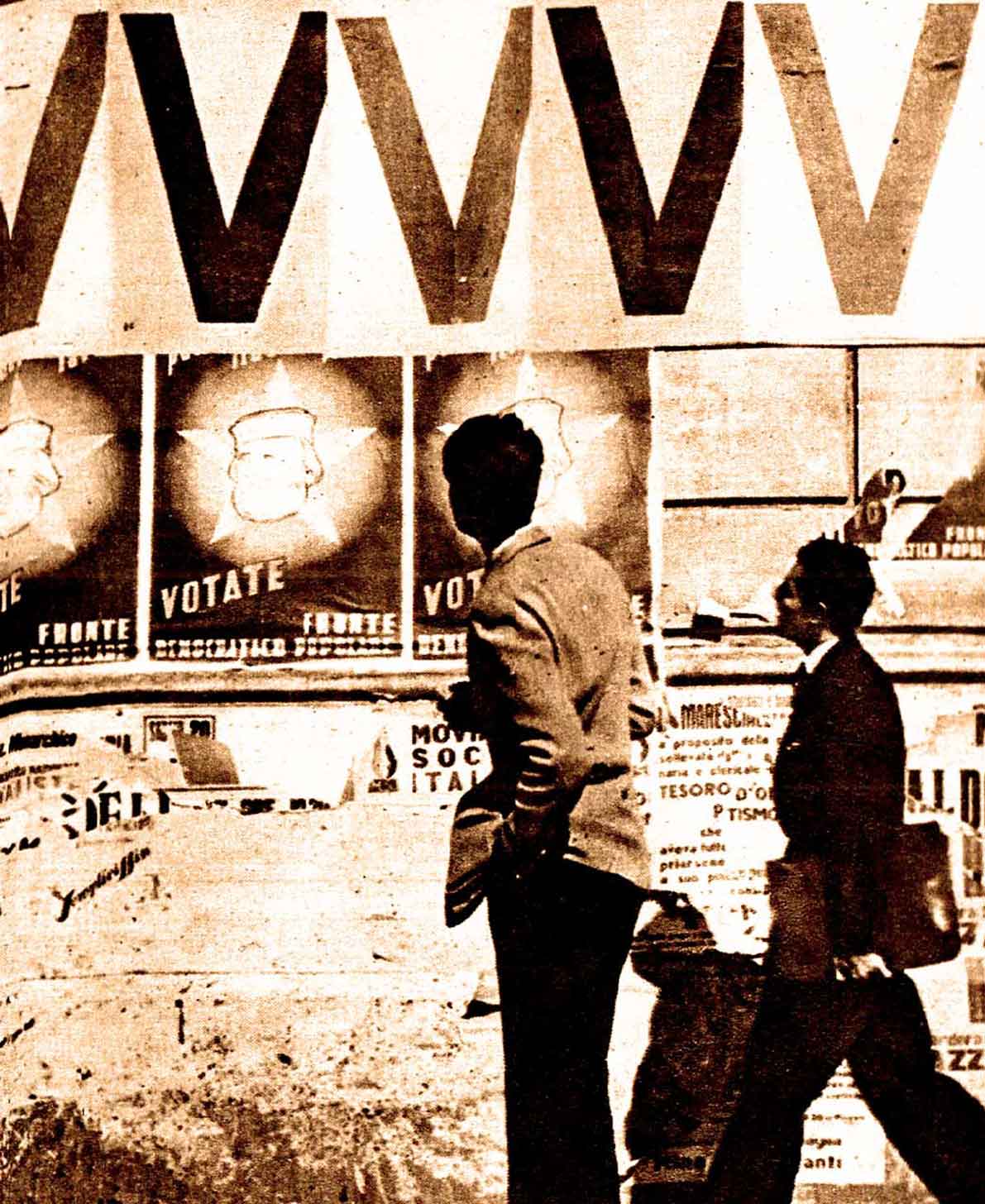 March 21, 1948 – News from Europe on this day. The elections in Italy were heating up and all eyes were on Rome to see which way the political winds were going to blow. The Post-War political climate in Italy was combustible and the Communist Party was gaining considerable influence.

And because we were now in the midst of a Cold-War, the fears from the West that Italy would become a satellite of the Soviet Union were creating a feeding frenzy of paranoia that Italy would go from Fascism to Communism with only a brief stop-off at Democracy. And because of recent news coming from Eastern Europe that those countries, liberated by the Russians during the war were now falling into the Soviet sphere were only adding fuel to an already volatile situation.

But because Italian voters were free to express their opinion at the polls, the world waited for the outcome, and declared the situation to be a “struggle for the soul of Italy”.

Much fear was being stoked, especially from the West that, a vote for the Communists meant a vote for totalitarian rule, and that any opposition, once the Communists took over would be hunted down, imprisoned or shot. They were being reminded that similar situations happened recently in Bulgaria and Yugoslavia, and those countries were now effectively behind the Iron Curtain.

Between this day in 1948 and April 18th, when the actual polling occurred, the race was on and it was a race between East and West – and fears that Communist domination of Continental Europe were rampant. Fears that France would be next in this struggle of “hearts and minds” brought everything to a fever pitch.

And that was what was on a lot of peoples minds in America this March 21, 1948, via Clifton Utley’s Commentaries from NBC Radio.