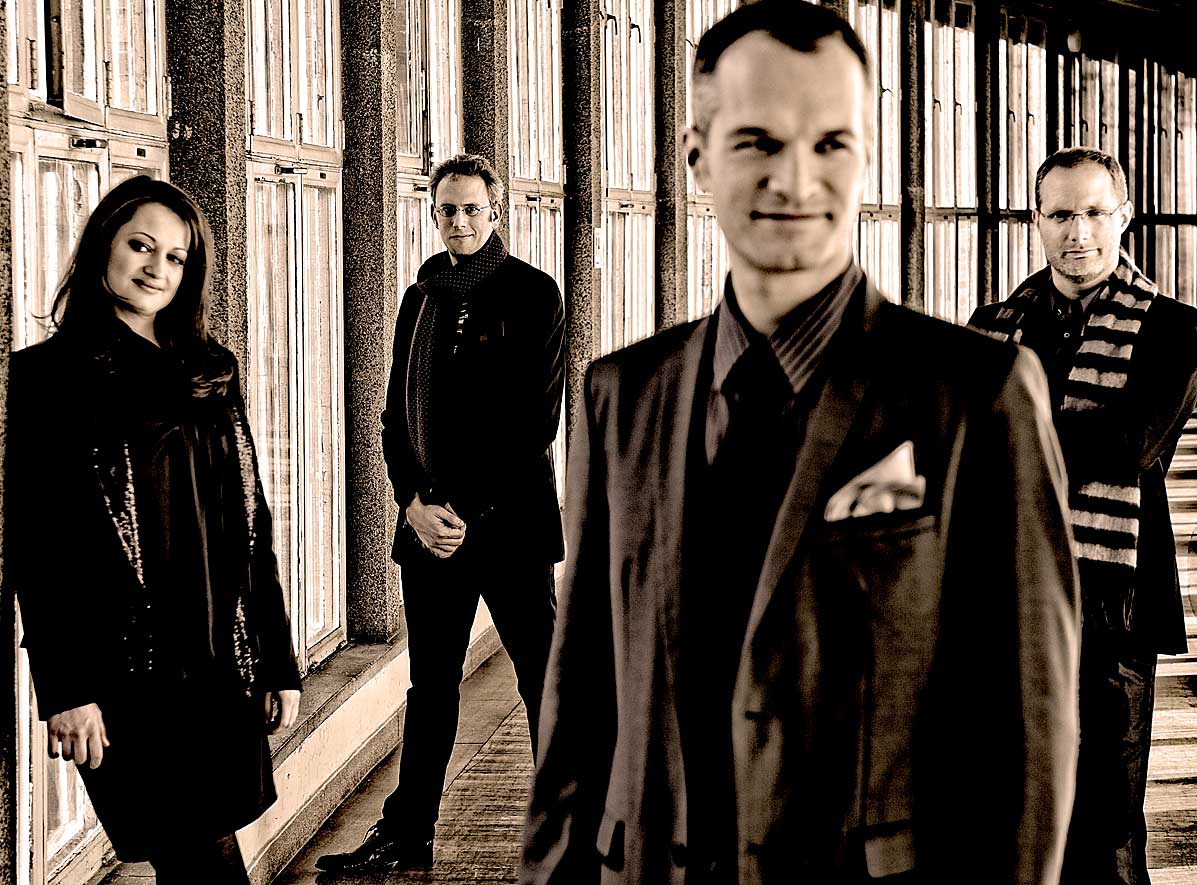 Fauré Quartet - not your average little band of fiddlers.

Fauré Quartet – not your average little band of fiddlers.

The Fauré Quartet this week – in a concert of music by Gustav Mahler, Sergei Taneyev and Richard Strauss – it was recorded in Pully Switzerland at the Octogone Theatre on January 20th of last year by the venerable RTS Swiss Radio.

On their website, there is mention made of the current state of affairs of any new String Quartet on the scene; that it’s imperative to cross borders, challenge notions and venture outside the proverbial box in order to flourish and make it in the competitive world of Classical music.

The Faurés have managed to do just that – by teaming up with a wide spectrum of artists – from the NDR Big Band to Rufus Wainwright. They done an album for Children and they issued an album entitled Popsongs in 2009 featuring, among others, music of Peter Gabriel and Steely Dan. Needless to say, they’ve managed to keep a fresh perspective on things, and in doing so, bring a new audience in to appreciate the headier stuff they do. Clever, this bunch.

This concert is a testimony to their headier stuff – and it’s a good and very engaging one – all out-of-the-way pieces. Starting off with the Mahler Piano Quartet, continuing with the Taneyev Piano Quartet and ending up with the Strauss Piano Quartet. Three not-that often performed works by major composers in a concert setting.

Because they are relatively new on the scene (getting started in 1995), they are on a frequent tour schedule, as well as conducting master classes throughout Europe. Although, looking at their tour schedule so far for this year, they are sticking around Germany and performing a series of concerts between Bremen, Stuttgart and Berlin between now and August. It would be nice to get them over to L.A. at some point. But, we’ll just have to be patient.

In the meantime, here is a sample of The Fauré Quartet from last year.

And while you’re listening, please consider making a Tax Deductible contribution to help keep Past Daily up and running and the archive (where most all of these recordings come from) active and preserving the thousands of hours of rare Music, News and Culture we off you every day. We can’t do it alone, and your help is greatly appreciated. It doesn’t have to be a lot – you can even do it in monthly installments – but give what you can. If you can’t – tell your friends. We’re here because you are and we want you to stay, just as much as we’d like to stay – so do what you can, by click on the link in the box right below and making your pledge. We so appreciate it!