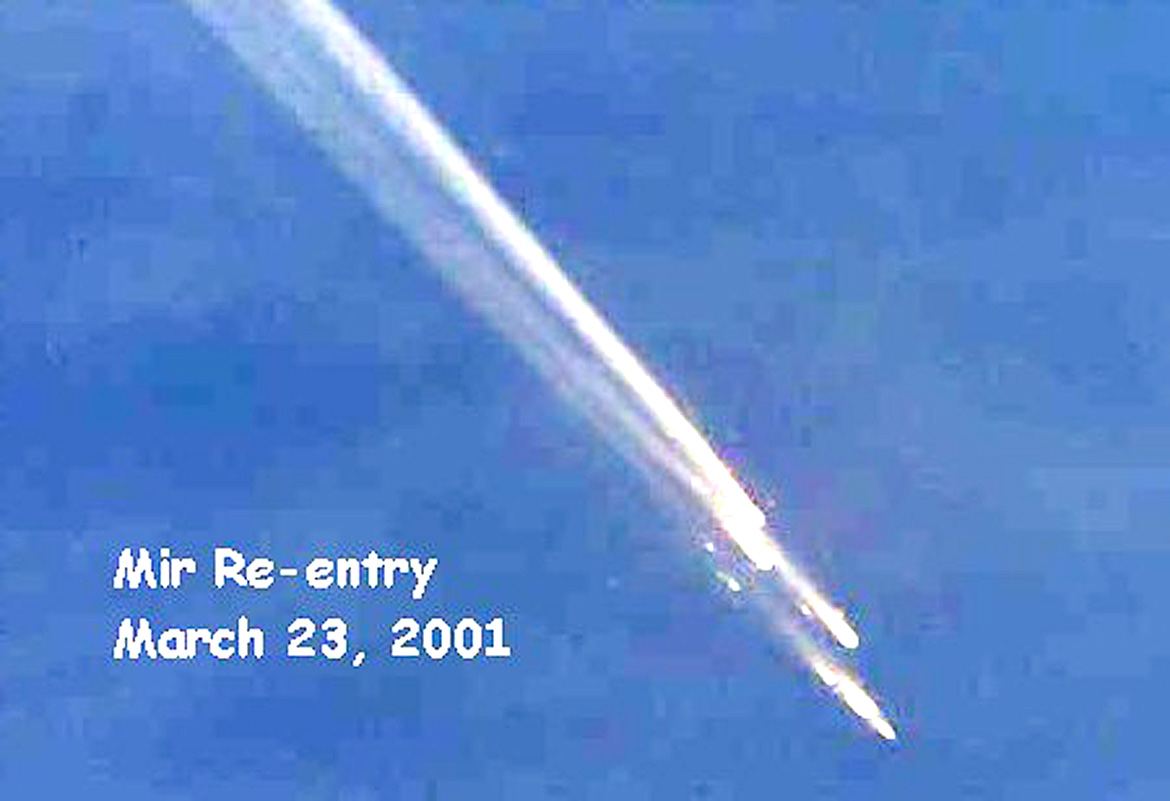 March 23, 2001 – The end of the Mir Space Station. Launched by the then-Soviet Union in 1986, Mir was the first modular Space Station, assembled between 1986 and 1996 – and until March of 2001 it was the largest artificial satellite in orbit, when it was replaced by the International Space Station.

Mir was the first continuously inhabited research station in orbit, conducting countless experiments as well as providing the longest continuous human presence in space, at some 3,644 days and it held the longest single human residence in space with Valeri Polyakov spending almost 438 days in space aboard the Mir.

It was indeed a spectacular achievement for the Russian space program. But as with all scientific explorations, a newer, bigger, better one comes along and renders the original obsolete. And that was the case with Mir.

So on March 23, 2001, Mir took its last orbit and slowly descended to earth – burning and breaking up along the way and finally crashing into the South Pacific. It was the first time such a complex spacecraft had ever been taken out of orbit. And one era of Space exploration was over. It marked the end, on this day, of Russia’s independent manned space program.

In other news – Chinese Police officials reported to have arrested a prime suspect linked to a series of four terrorist bombings which killed some 100 people in the norther Chinese city of Shijiazhuang. They were the worst bombings in China’s recent history. The bombings triggered a massive manhunt, which eventually led to the city of Beihai, close to the Vietnamese border where the suspect, Jin Ruchao was apprehended.

And Police in Lahore, Pakistan were tightening security around the city ahead of a planned pro-Democracy rally to coincide with National Day. The group, Alliance For The Restoration Of Democracy said it planned to hold its rally, even though the meeting had been banned and hundreds of its supporters have been detained. Riot police were standing by the proposed venue.

As you know – we’re starting up our Past Daily Spring Fundraiser and we need your help – we need your contributions, in whatever amount – they are Tax Deductible and they all go to keep this site up and the Archive continuing the huge task of preserving thousands of hours of News, Culture, Music and History. Give what you can, because we just can’t do it without you. Click on the link below and make your pledge today – we will love you for it.