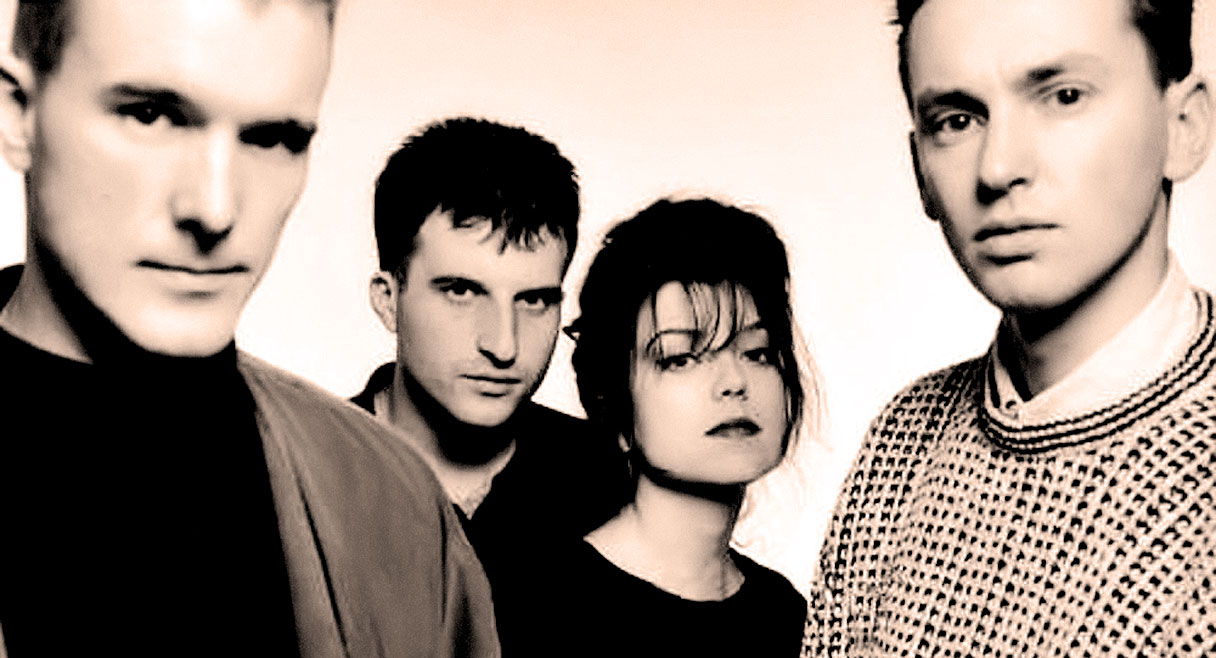 The Sundays - featuring the spellbinding vocals of Harriet Wheeler.

The Sundays – In Session 1989 – Past Daily Soundbooth

The Sundays – featuring the spellbinding vocals of Harriet Wheeler.

The Sundays in session tonight. One of those bands with every indication and capability of being a screaming success; whose first single (Can’t Be Sure) raced up the British Indie Charts and proclaimed one of the best songs of 1989. Their debut album Reading, Writing and Arithmetic was a critical as well as commercial success, reaching number 4 on the UK charts and number 39 on the U.S. charts. They got raves from Rolling Stone’s Ira Robbins who called it “an alluring slice of lighter-than-air guitar pop, a collection of uncommonly good songs graced by Harriet Wheeler’s wondrous singing.” Their follow up single, Here’s Where The Story Ends, was a big success in the U.S., particularly with MTV audiences.

And then things went very wrong. The band had nothing to do with it – it was their label, Rough Trade Records who filed for bankruptcy and left the group with no label and their debut album stalling and quickly gone out of print. The album wouldn’t see reissue until 1996. In the meantime, The Sundays signed with Parlophone and continued a grueling touring schedule – made more complicated by the fact they decided to manage themselves, rather than get an outside entity involved.

But the initial shock of being suddenly without a label and without a debut album forced the band into a low profile, which fueled rumors they had split.

With the momentum built up during their initial phase largely gone, it was starting back to Square One. But with the release of their second album, Blind released in late 1992, The Sundays recouped their initial momentum, and gathered more, when Blind went on to sell over a half-million copies worldwide. When they toured the U.S. again, they were greeted with sold out shows with audiences coming to hear new material as well as new fans getting familiar with the older songs.

But with this resurgence in their success also brought tremendous exhaustion and by 1997, with Harriet Wheeler pregnant and wanting to settle down, it was time to put the band to rest – at least for a while.

Tonight it’s The Sundays during their formative period, with their first (and only) session being the springboard for their initial success. The Peel session was hugely instrumental in getting the band exposure in the beginning, and no doubt it was this session which prompted their signing to Rough Trade.

Crank it up and give it a listen, especially if you’ve never heard them before.

And while you’re doing that – please consider chipping what you can to help keep Past Daily up and running, and the Archive whre all these recordings come from, continuing the never-ending task of digitizing and preserving the thousands of hours of rarities. We’re not asking for a lot – $20.00 is great. But give what you can, if you can. If you can’t and still like what we do and want to help – tell your friends – we need all the support we can get. Just click on the link in the box below and make your Tax Deductible contribution today.