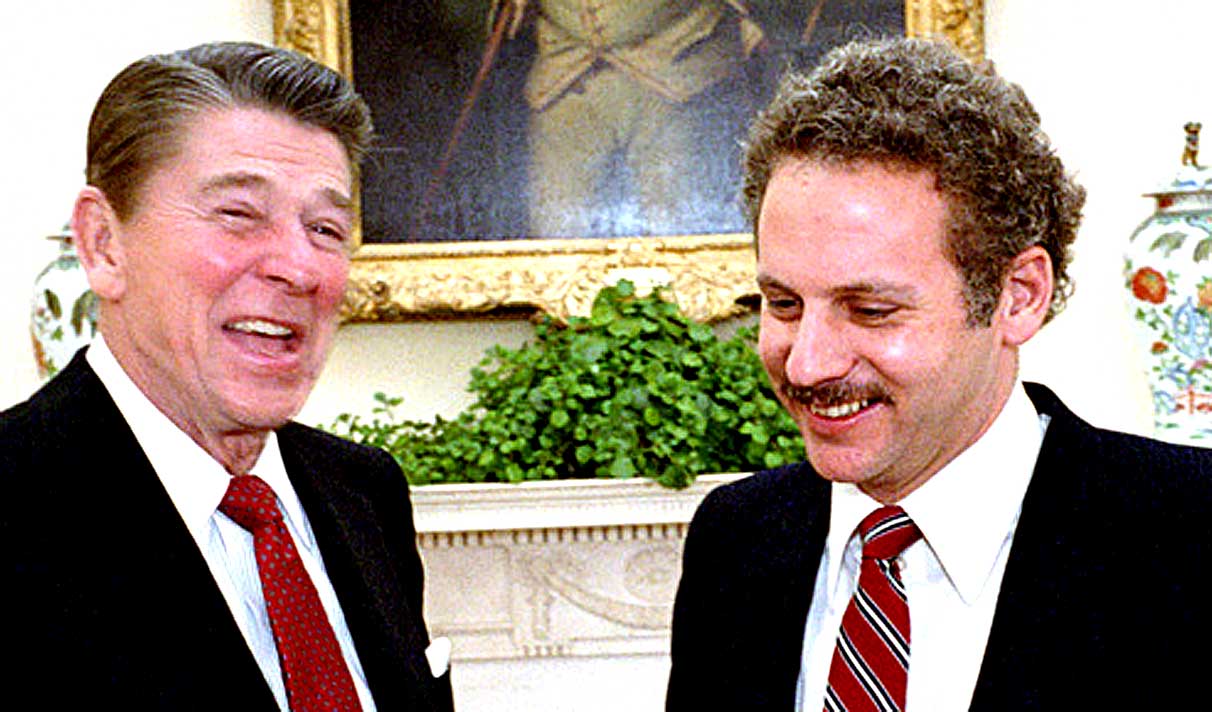 President Reagan and designated head of Arms Control Agency Kenneth Adelman - The President wanted what he wanted when he wanted it.

President Reagan and designated head of Arms Control Agency Kenneth Adelman – The President wanted what he wanted when he wanted it.

March 25, 1983 – A March day during the 80s version of the Cold War. President Reagan held a mini-press conference earlier this morning, where he held his ground on support of Kenneth Adelman as head of the Arms Control And Disarmament Agency. Adelman had been drawing heavy criticism on Capitol Hill and Reagan was adamant in his support. Reagan also defended his decision to ask Congress for development of a new system to defend against nuclear attack, because of the danger of not doing it. The President conceded there was no way of knowing how long such a system would take to develop or even if it could ever be done, but in his words; “We have to start”. He ended the news conference and told reporters he was heading to the Oval Office to sign legislation to start the development process.

President Reagan did thank Congress for providing the much needed funding to bolster the sagging Social Security System and the Emergency Jobs bill. He signed that bill into law shortly after it was passed the previous night.

Five more high-ranking EPA Officials including its acting head, John Hernandez had resigned. It was believed the resignations were requested, so that incoming chief William Ruckelshaus would be free to choose his own top aides.

And that’s just a small, somewhat prophetic slice of news, for this March 25th in 1983, as presented by CBS Radio Hourly News.

Here we are – coming up on the weekend and we’re in the first week of our annual Spring Fundraiser. If you like history, and enjoy these newscasts of the past, as well as all the Popular culture and music, please consider chipping in to help Past Daily keep doing what we’re doing. It costs a lot to keep a site like this up and running – the hours we put in, not only posting but all the preserving and digitizing it takes to bring all these unique pieces of history to you. So, if you are able to kick in a few tax deductible dollars to help keep us running, it would be gratefully appreciated. We only do this a couple times a year – and your contributions have made all the difference in the world. Please, click on the link in the box below and chip in whatever you can – and tell your friends – we need all the friends we can get!