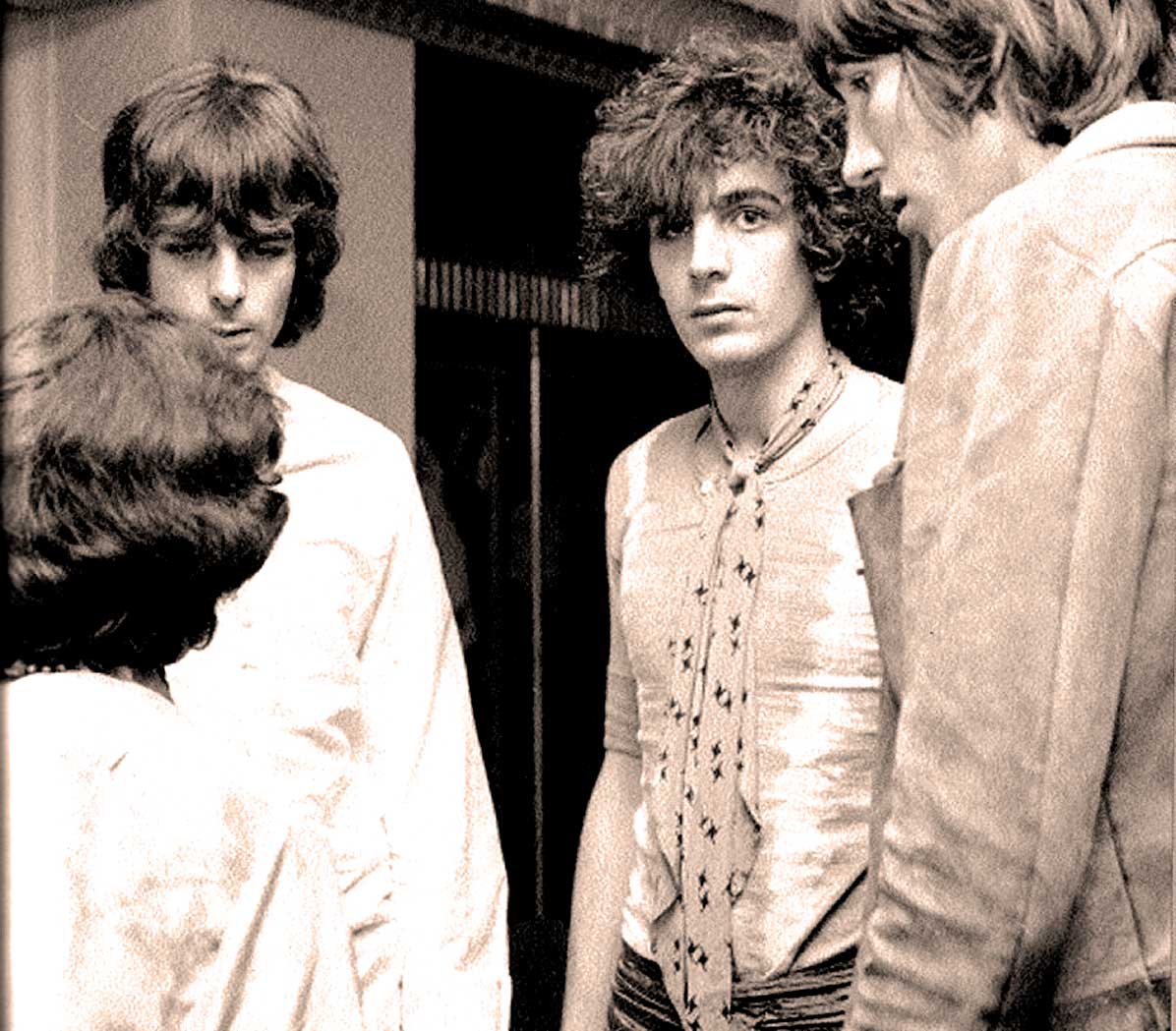 Pink Floyd with Syd Barrett, in the last of two rare sessions for John Peel, recorded on December 20, 1967. There are a lot of people (myself included) who felt that Pink Floyd changed radically after Syd Barrett left. That the new Pink Floyd, post-Saucerful of Secrets needed some getting used to. The story has been told and retold a million times, and doesn’t need repeating here. Syd Barrett was the true driving force behind Pink Floyd in the early days – he did, if nothing else, take Psychedelia several steps higher and expanded the sheer creative horizon of the genre. Coupled with the fact that Barrett was a tremendous writer, with a vision and wit few matched.

That it all fell apart due to emotional instability fueled by just a little too much acid has become the stuff of legend. That his solo work later was fleeting, and that he was already too far gone to connect with an audience who didn’t want to let him go made the whole story that much more tragic.

And even during the period of this session, things were dicey. The previous Peel session was marred by a freak-out, and getting this one on tape was probably a miracle in retrospect.

I have never been able to figure out why Vegetable Man and Scream Thy Last Scream weren’t officially released or included as part of the myriad retrospective packages put out over the years. They have become legendary “lost” tracks, which have gone on to be highly influential and even covered in the late 70s by The Soft Boys (their version of Vegetable Man is almost note-perfect). The original sessions have been bootlegged and passed around to collectors and cherished as priceless evidence for a few decades now.

Syd Barrett, even now some 10 years after his death, has only gained in stature and mystery – the sadly little of what he left behind has been thoroughly dissected and analyzed over the years. And new fans have discovered and are enthralled by this figure, who came and went in a flash, but left an enormous impression on an era.

If, for some reason, you aren’t familiar with Syd Barrett, or haven’t heard this Peel session, have a listen and go on a search and see what else you can find. There’s precious little, but what there is will amaze.