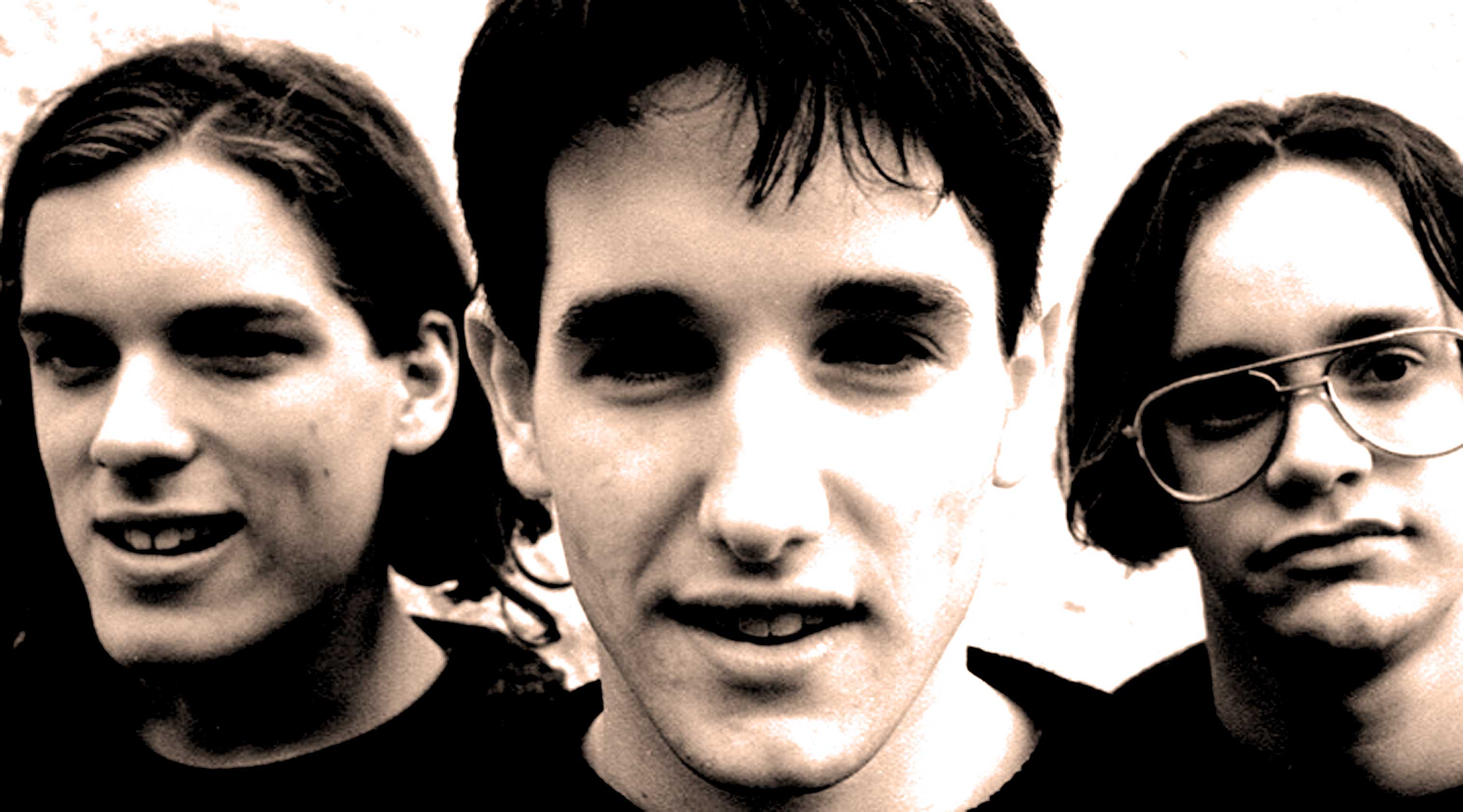 Ash, in concert at Reading Festival 1996 and recorded for John Peel on August 25, 1996 by the venerable BBC Radio 1. Ash have been around since 1992. The Alternative band from Northern Ireland made inroads over the next couple of years, slowly building up an audience, they issued the 7-track mini-album Trailer in 1994 to good reviews and a lot of attention via the BBC. So by their time their debut full-length album, 1977 came out in May of 1996, NME considered it one “the 500 greatest albums of all time”.

So naturally, this appearance at Reading was huge, and came right at the time 1977 was racing up the charts, so the audience reaction was a double-plus and with the extra bonus of the set being carried on BBC Radio 1, it bode very well for the bands continued success.

Ash’s lineup hasn’t changed much in all that time – with the only exception of the addition of a fourth member, Charlotte Hatherley on guitars and vocals, who was with the band beginning in 1997 until 2006 when the band went back to being a three-piece. She since re-joined the band briefly in 2011.

Considered part of the Britpop movement, Ash were adamant about distancing themselves from that label, since the band was from Norther Ireland, and an emphasis on “Britishness” wasn’t considered an asset for the band. They are widely considered an Alternative band with Indie-Rock and Power-Pop leanings.

For those of you who remember hearing Ash early on, this will remind you of the excitement surrounding the band during those formative days. If you don’t remember – or are just hearing about them now – here’s a reminder of what the fuss was all about.

Play loud – the BBC engineers were having a little bit of trouble at first – it doesn’t go into distortion, but it wanders dangerously close.

And while you’re cranking up Ash at Reading, please chip in what you can and help our Past Daily Spring Fundraiser hit our goal. We’re not asking for a lot – just enough to keep the website up and the archive busy, preserving, digitizing and making all these rarities available to you every day, whenever you want. Remember, it’s Tax Deductible, so every cent you give you can take off, since we’re affiliated with one of the best Non-Profit umbrella organizations in the country; Fractured Alas. So, in addition to us looking good on your Tax Returns, you also get to help us give you the best and the rarest of history, news, interviews, Popular Culture and Music every day – all year long. So please, chip in what you can, and join the others who are making a huge difference and help keep Past Daily one of the best sites on the Internet (according to several sites – don’t take my word for it). Click on the link in the box below and contribute whatever you are comfortable with. But do it today. We’ll be here as long as you want us to be.