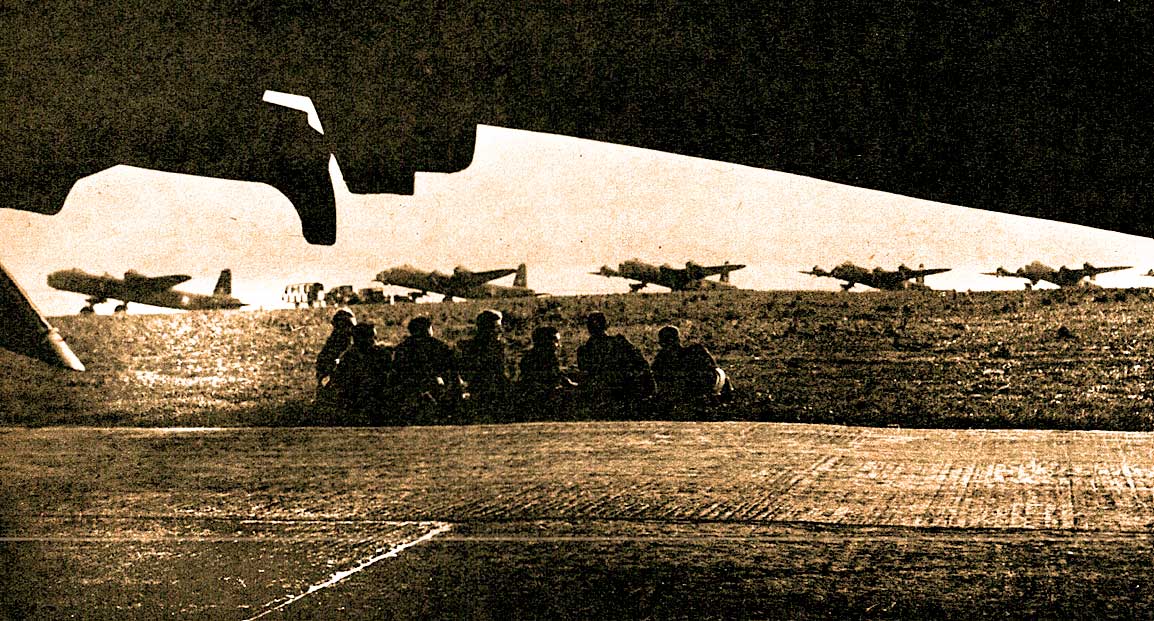 April 4, 1944 – News of raids on Japanese held islands in the South Pacific were finally being reported, with considerable damage to Japanese ships and ports. Allied losses were reported to be 27 American fighters. The whole story hadn’t passed the censors, but as was the case with most all reporting during this war, getting on-the-spot reports from the fighting fronts was difficult, if not impossible. A much anticipated radio report on the fighting earlier in the day was cancelled, not because of censorship, but because the Shortwave Radio reception from the South Pacific made it impossible to be received.

Meanwhile in Europe; the Allied bombing campaigns over key cities was continuing. With American bombers flying support raids for Soviet troops in Eastern Europe, completing a 1,000 mile round trip over the mountains of Yugoslavia and over the plains of the Danube Basin to attack the Rumanian capital of Bucharest. It was the first time the city was the target of American bombs. The Russian Army was on the verge of succeeding in occupying the pre-War Polish railway center at Tarnow. During the previous three days, the remaining troops at the German garrison were being killed at the rate of 1,000 per day.

From North Africa, it was announced from Algiers that General Charles de Gaulle was now commander of all French Forces and that a French Committee had been set up to administer to those French territories now liberated in recent fighting. Word also came that two Communists were appointed to the French Committee. Concerns were raised over deals being made with the French inside of France, ahead of the impending invasion. But most felt it was best that de Gaulle and The Committee handle it, rather than have the responsibilities and decisions rest with General Eisenhower – that having Eisenhower be responsible could prompt bitter feelings after the war. And that time was growing short, deals had to be struck quickly ahead of the invasion.

It was disclosed in Britain that Empire casualties since the beginning of the war were now set at some 667,000 – killed, wounded and missing.

And back in the U.S. – it was Primary season, ahead of the 1944 Presidential election. Returns from primaries in Wisconsin and Oklahoma indicated voting was light, despite Republican claims and a vigorous get-out-the-vote campaign. Depending on the Wisconsin showing, it would mean either move ahead or quit for the Republican Wendell Wilkie campaign. President Roosevelt’s health was an issue this day – doctors reported FDR was “satisfactory” with his Bronchitis and sinuses clearing up. Apparently, all the President needed were Vitamins and Sun.

And that’s just a small sample of what happened, this April 4, 1944 as reported by NBC’s News Of The World.

Here we are – the start of another week and our annual Past Daily Spring Fundraiser continues – not to hound or cajole you, but we really need your support in helping us reach our goal this time. Any amount you can contribute will be greatly appreciated (and it’s Tax Deductible too). So whatever you can chip in – a lot, or the price of a cup of coffee, it doesn’t matter – it all helps and it’s all needed if we’re going to keep the site up and the Archive busy preserving, digitizing and sharing the thousands of hours of history, news, culture and Music with you every day. So please, click on the link in the box below and chip in today – we need the love and we need your help.