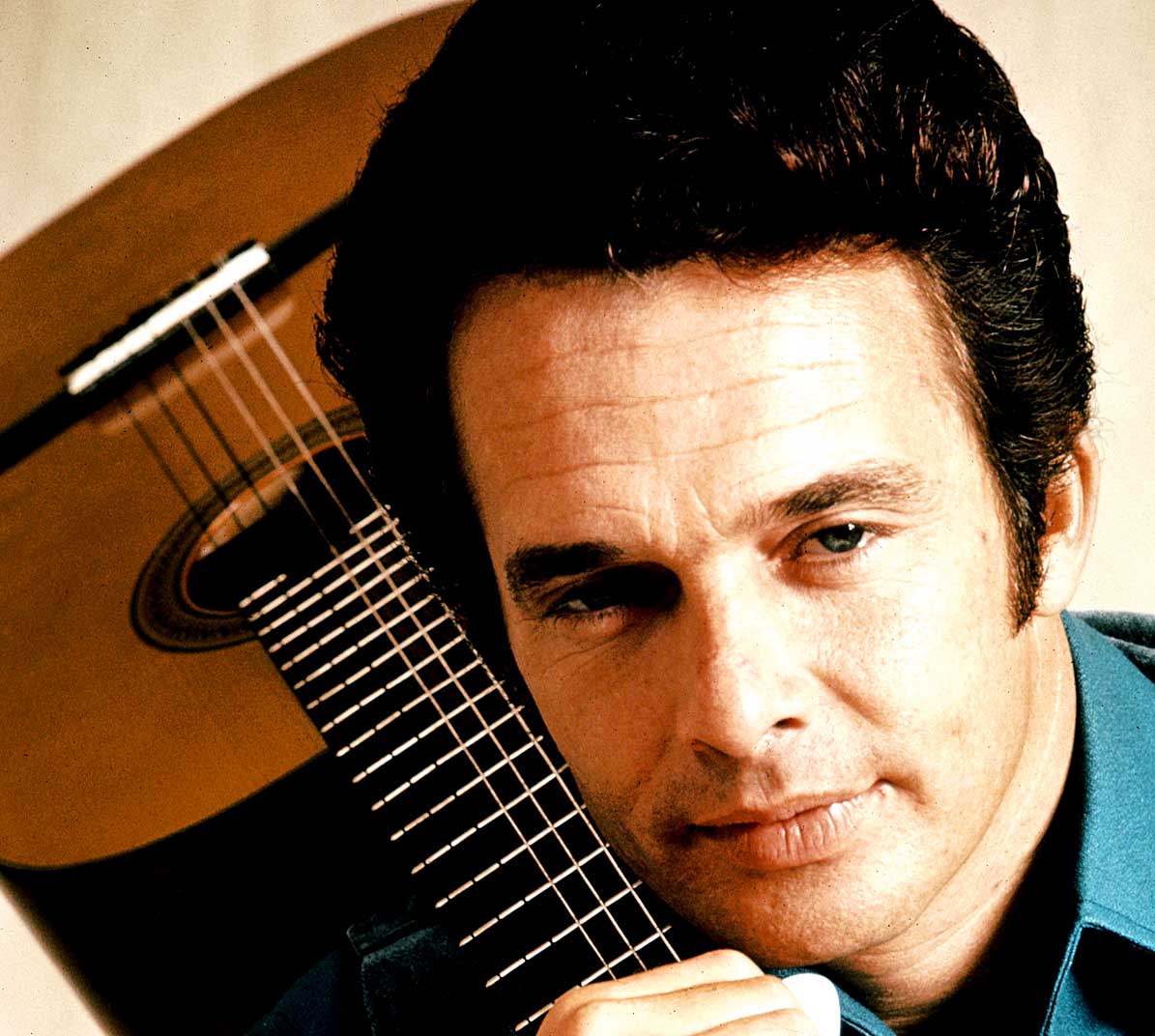 Merle Haggard (April 6, 1937-April 6, 2016). More sad news this year – the passing, ironically on his birthday, of Country-Western Music legend Merle Haggard, who turned 79 today and who left us shortly after, earlier this morning.

Although Merle Haggard was known as an icon in Country-Western circles, his fame and influence extended far beyond that and touched many people in many different genres. He was, above all, a voice for the people; the downtrodden and disenfranchised – and it was the rough-hewn and stark realism in his music which came about the Outlaw Country Movement and won him universal fame and admiration.

So his passing today has been a blow to many people, all over the world – even to those not Country-Western fans.

As a tribute, I ran across a short snippet of his first Hollywood Bowl appearance – during Capitol Records annual Country Night At The Bowl from July of 1967. As far as I know, it’s never been issued and it’s never been heard until today, and it only seems fitting to make it available as a reminder of who was just lost today.

RIP: Merle Haggard – one of a kind.

As you know, we’re in the middle of our Past Daily Spring Fundraiser – and even in the midst of sad occasions such as this, to be able to offer you something unique, which you will never hear anywhere else, is something of a testament to what we do – we offer the unique and the rare and we do it with very little fanfare – and not much in the way of adds. And that’s why we ask for your contributions a couple times a year – to chip in your Tax Deductible pledges and contributions, in any amount you want, to be able to help us keep doing what we’re doing – to offer you the best, the rarest and the most unforgettable. So please, take a moment and click on the link in the box below and make your pledge.