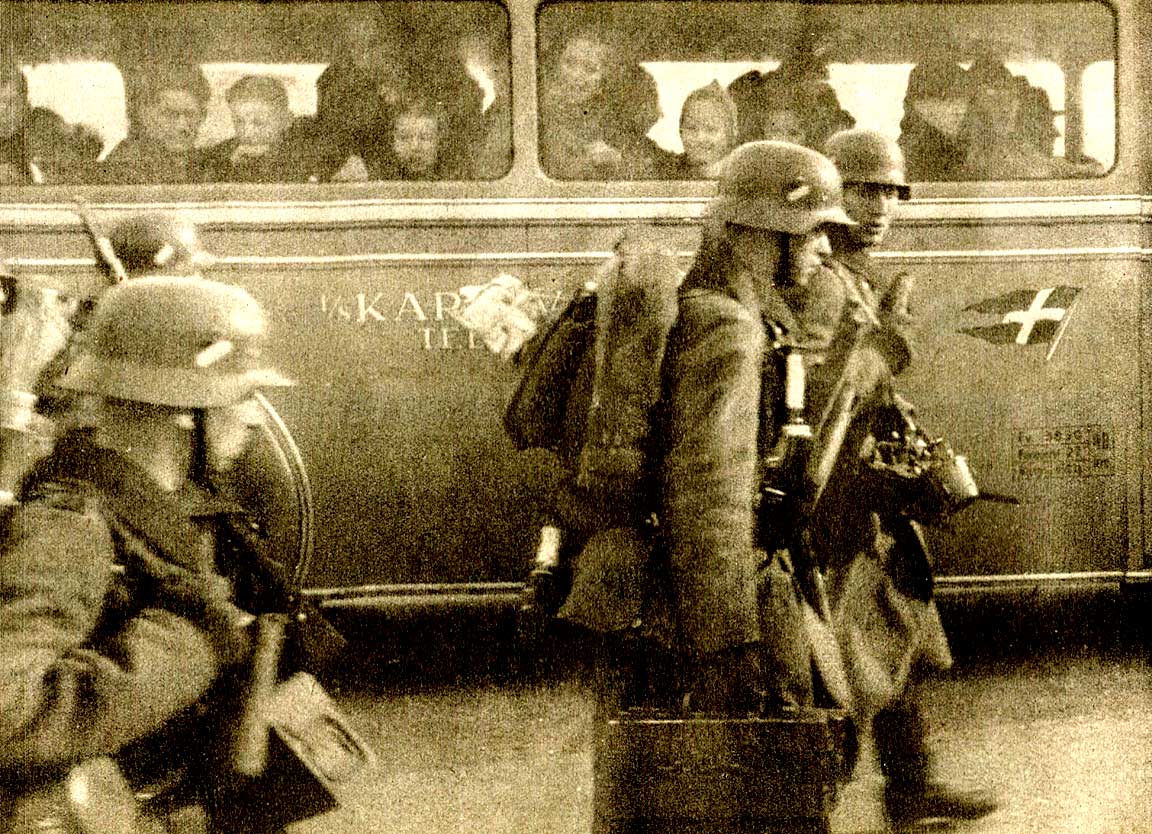 April 7, 1940 - Neutrality meant different things to different people - irony was something else.

April 7, 1940 – Neutrality meant different things to different people – irony was something else.

April 7, 1940 – A day loaded with ominous ironies. This roundtable series of reports on the situation in Europe, as presented by correspondents stationed in key cities, discusses the case of strict neutrality on the parts of the Scandinavian as well as Low-countries in the light of increased tensions throughout the region.

A report from Copenhagen talks about food rationing among civilians and the mixture of fear along with anticipation of Spring, which had just arrived. April signified for many that the European War would be expanding, along with the warmer weather. And ominous indications showed the predictions of a German invasion of Denmark would be right. Coupled with Norway and Sweden, the attention on the region as the next point of occupation by German forces was unwelcome. And as much as those countries would prefer to be aloof and neutral during this crisis, reality was going to be another matter entirely.

From Amsterdam, the question of Dutch Neutrality was being raised more sharply than ever before. Reports of continued attacks on neutral Dutch Merchant ships, and a report of the bombing of an unarmed Dutch fishing boat ironically rescuing the crew members of a German plane shot down over the North Sea, caused a great deal of upset in the nation’s capitol. The Dutch felt they had a right to be neutral, as they knew only too well from the last war, what fighting would do to Holland.

Because the Allies and Germany were at odds over what constituted Neutrality, and the nations caught in the middle were suffering the most, and would continue suffering until the matter was resolved, one way or the other.

Since this report was given on April 7th, it was only a matter of the next day that Denmark would be invaded by Germany, and so the question of neutrality became a moot point. It then became of question of who was next.

And that’s what people were listening to, this April 7th 1940, as presented by the NBC Blue Network.

And while you’re listening – please consider your Tax Deductible contribution to Past Daily during our annual Spring Fundraiser. We do this every year to ask for your support, your pledges and contributions in whatever amount you’re comfortable with, so that we can keep bringing you all this unique and rare History, Pop Culture, News and Music every day, 365 days a year. So please, click on the link in the box below and show your support – let us know you believe in history and useful information and chip in what you can.