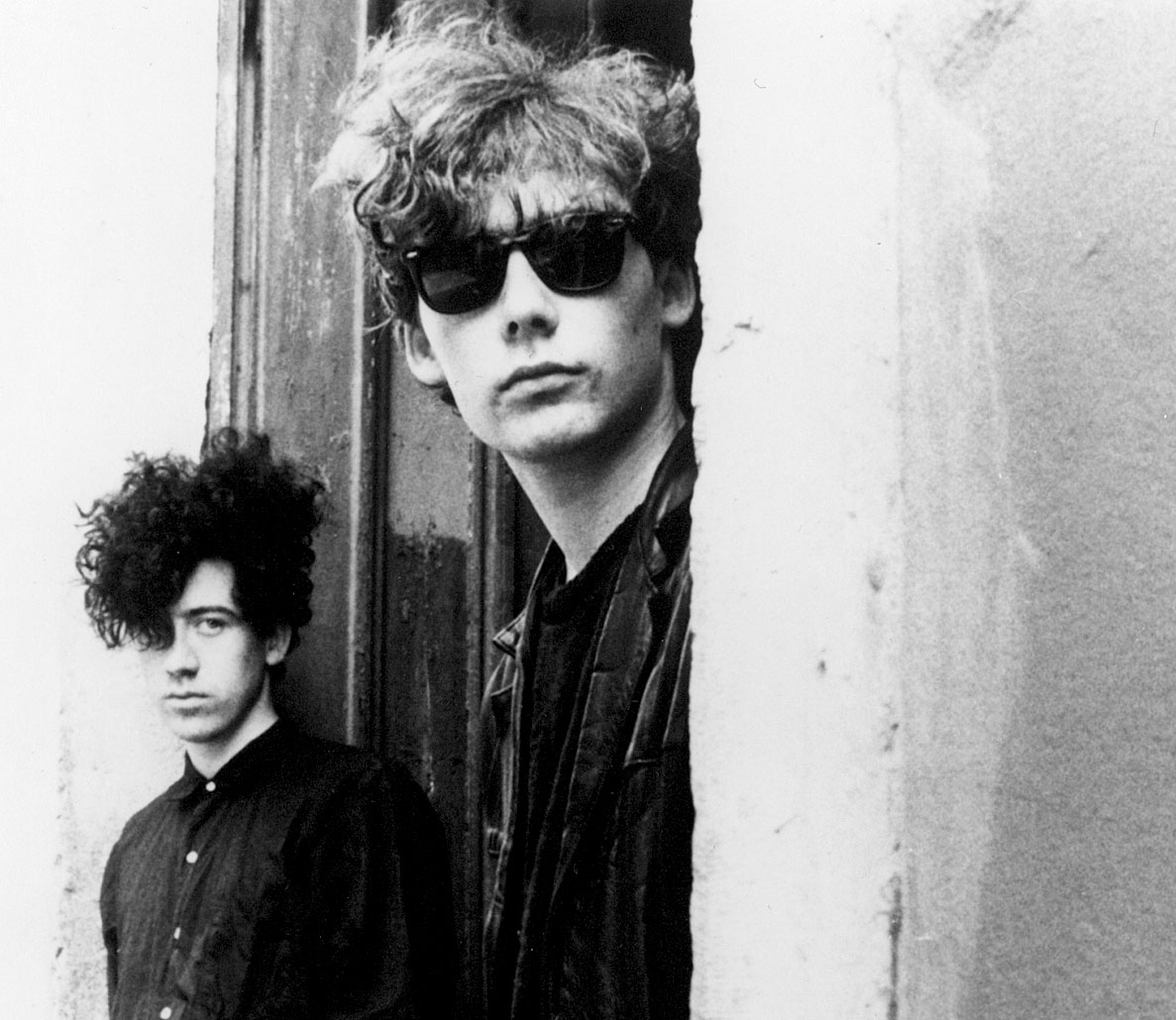 The Jesus and Mary Chain (photo: Mike Laye) - early on, a sterling reputation for 20 minute sets fueled by Amphetamines.

The Jesus And Mary Chain – In Session 1986 – Past Daily Soundbooth

The Jesus and Mary Chain (photo: Mike Laye) – early on, a sterling reputation for 20 minute sets fueled by Amphetamines  and empty bottles.

The Jesus and Mary Chain tonight- in session for John Peel and recorded (as Jim and William Reid) on October 29, 1985. A band with no easy road to stardom, the brothers Jim and William Reid, the nucleus of The Jesus and Mary Chain, struggled for several years before gaining notice from record labels, and it was largely due to the influence of fellow Scot Bobby Gillespie that they managed to secure their first 1-record deal for Creation Records in 1984.

Known early on as the band that played 20 minute sets, fueled by Amphetamines and antagonizing the audience into violence, they managed to get themselves banned from several clubs during their climb upwards. Gaining a reputation as an 80s equivalent to the Sex Pistols, much of the violence at their gigs took mythic proportions, but it was good enough to attract a following based on the assumption they were going to reek mayhem wherever they went.

After a fashion, with a growing following, along with signing to a new label, Blanco y Negro in 1985 as well as scoring a few hits, the band embarked on a tour of the U.S. and Japan. They still had the reputation for inciting violence, and even though much of it was hype, they did nothing to dispel it. Although after a while, the violence and disruption became real and subsequently turned out to be a hinderance, despite having a string of hit albums and singles. They finally packed it in in 1999. But reunited in 2007.

This gig for John Peel was their third and was a stylistic departure for the band, who decided to do it as an acoustic set. It also signaled one of their most successful (and controversial singles), Some Candy Talking, which was issued shortly after this set, but was soon banned by the BBC because it was thought to be all about taking drugs.

And while you’re listening, please take a second out to make your Tax Deductible contribution to Past Daily’s Spring Fundraiser. We do this a couple times a year because we need your support and don’t get it any other way. We don’t ask for a lot, just a little to keep us up and running and keep the archive preserving and digitizing the thousands of hours of rare radio broadcasts and history. So if you like what we and want to help, click on the link in the box below and chip in what you can. And if you can’t, or already have, tell your friends. We need you all.