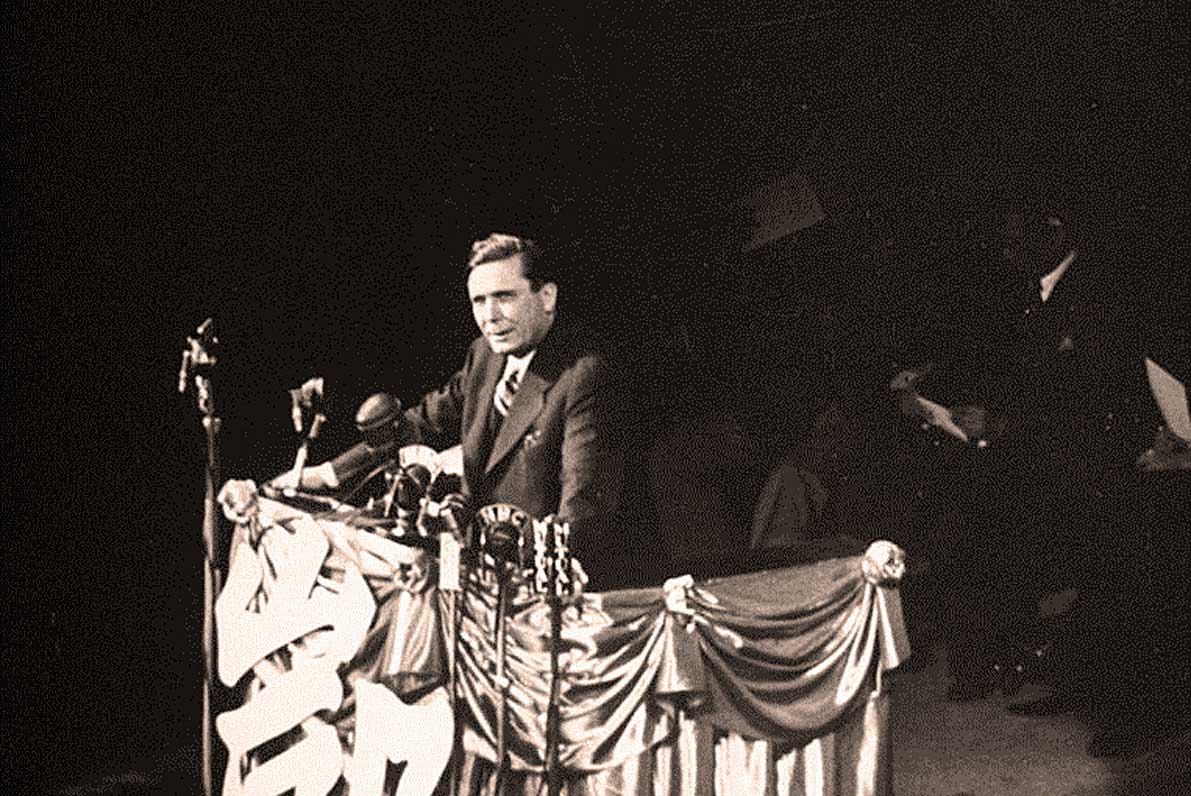 Wendell Wilkie, a former Democrat who switched parties in 1939 to become a Republican lawmaker and oppose Franklin Roosevelt in the 1940 Presidential election, wound up an ally and an emissary of FDR’s in 1941. He was sent to England shortly after FDR’s inauguration to survey the damage the Blitz was doing to London and other major cities, but returned to Washington mid-way through his trip in order to testify at a Congressional hearing regarding the Lend-Lease program. Even though he was characterized as one of the leading members of the Republican party, Willkie was a staunch defender of the New Deal and was, at one point, in talks with Roosevelt over the possibilities of forming a Liberal third party after the war.

Considered one of the primary interventionists leading up to our involvement in World War 2, Wendell Willkie was actively involved in the abolishment of the Neutrality Bill and was vigorously campaigning to abolish it in the Fall of 1941.

On this May 7th 1941, Wendell Willkie gave an impassioned address on behalf of the Committee To Defend America at a Freedom Rally, held in Madison Square Garden in New York. He is introduced by New York Mayor Fiorello LaGuardia.

Here is that address at Madison Square Garden on the evening of May 7, 1941.

While you’re listening – please consider joining the others who have turned out so far today to pledge your support and contribute to Past Daily as we continue our Spring Fundraiser. We depend on readers and listeners like you to support a site like this – Past Daily is unique; there isn’t anything else like it on the internet. Because it’s unique it needs your support in order to keep it going and keep the archive which provides all these rare recordings, preserving and digitizing the thousands of hours of history for you to enjoy and study. All you have to do is click on the link in the Box below and give what you can; a little or a lot, it all helps. And tell your friends – we need you and we’re grateful you’re here – stick around and join us.