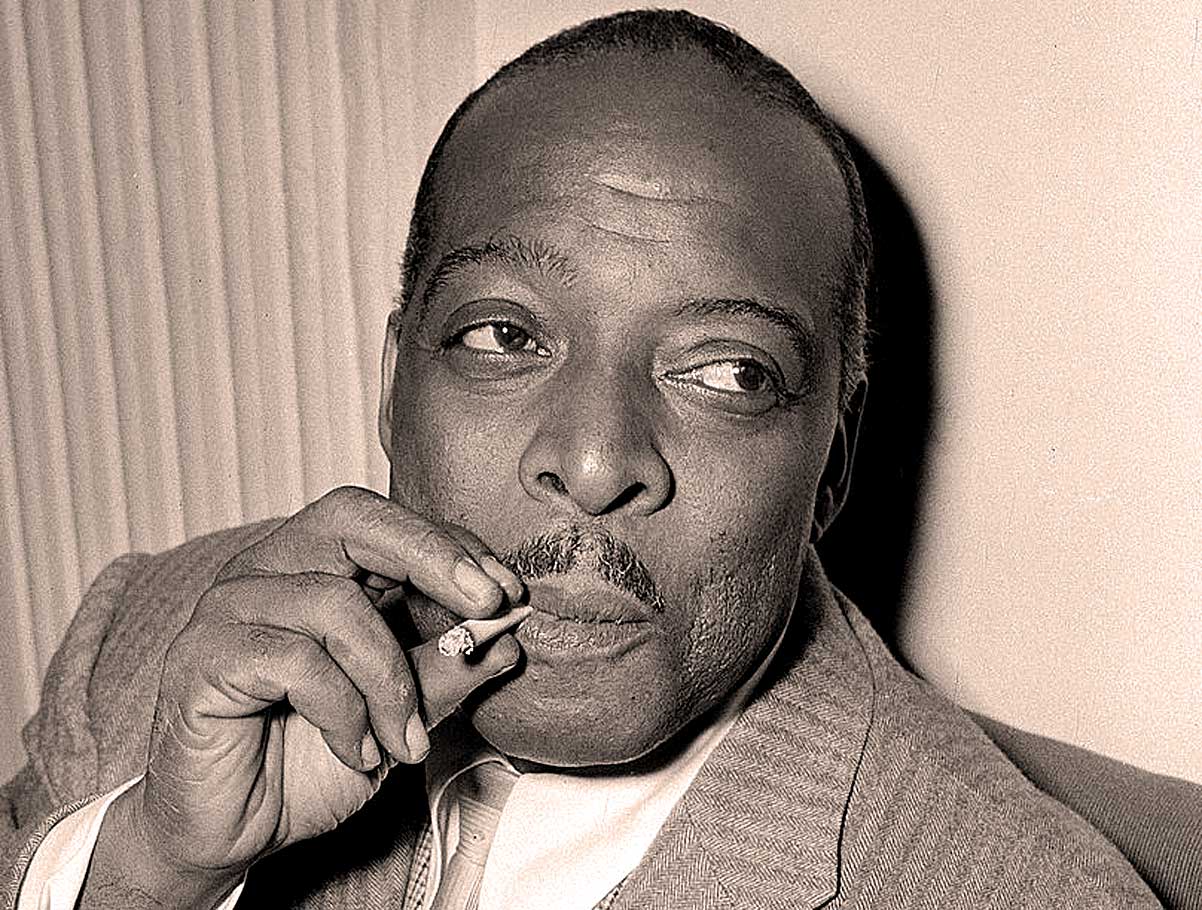 Count Basie this weekend. Giving a nod to the ever-popular and legendary Count Basie in this 1952 live show from Birdland in New York City, and recorded by NBC Radio for their America Swings radio series.

Basie, along with Duke Ellington, were two of the most popular and forward-thinking of the bandleaders during this period of transition for Jazz. The Golden age of the Big Bands was coming to a close, but it was innovators like Basie who kept it all fresh and vital. In the early days of Rock n’ Roll, it was the Basie band who were frequently featured on Alan Freed‘s short-lived network radio show The Camel Rock n’ Roll Caravan. Because he had become such an integral part of the Jump-Blues genre, he would be associated in a peripheral way with the early days of Rock – which was an interesting place to be in, having appeal not only to the fledgling Rock audience, but still maintaining a strong and influential base in the Jazz community. Further evidence things were getting mashed up during this time, and a lot of ideas were going back and forth. Basie alumni were also showing up many early Jump-Blues aggregations. And if you look at the some of the family trees, the Basie influence is felt with such icons as Ray Charles and James Brown, not to mention some of the stellar studio musicians throughout the 1950s and 60s.

So Count Basie was much more than just a Big Band leader – he was a lot of things in a lot of directions – and was just as potent and vital a force in the progression of Jazz an contemporary music as Duke Ellington was.

But we’re in 1952 right now – and the crowd at Birdland are seriously digging the vibes. Here’s a taste of what America was listening to via NBC Radio.

And while you’re listening – please make your pledge and tax deductible contribution to help Past Daily during our annual Spring Fundraiser – we don’t do this a lot, only a couple times a year. But your generous support is badly needed in order for us to continue bringing you the best and the rarest of history, people, interviews and Popular Culture. No other site is doing that, and because of that, it’s a bit lonely here. And that’s why we need your support and to tell your friends. We’re here because yu are, and chipping in whatever you can will help us stay here. So please click on the link in the box below and make your pledge and contribution today – we have a goal to meet and we need your help getting there.