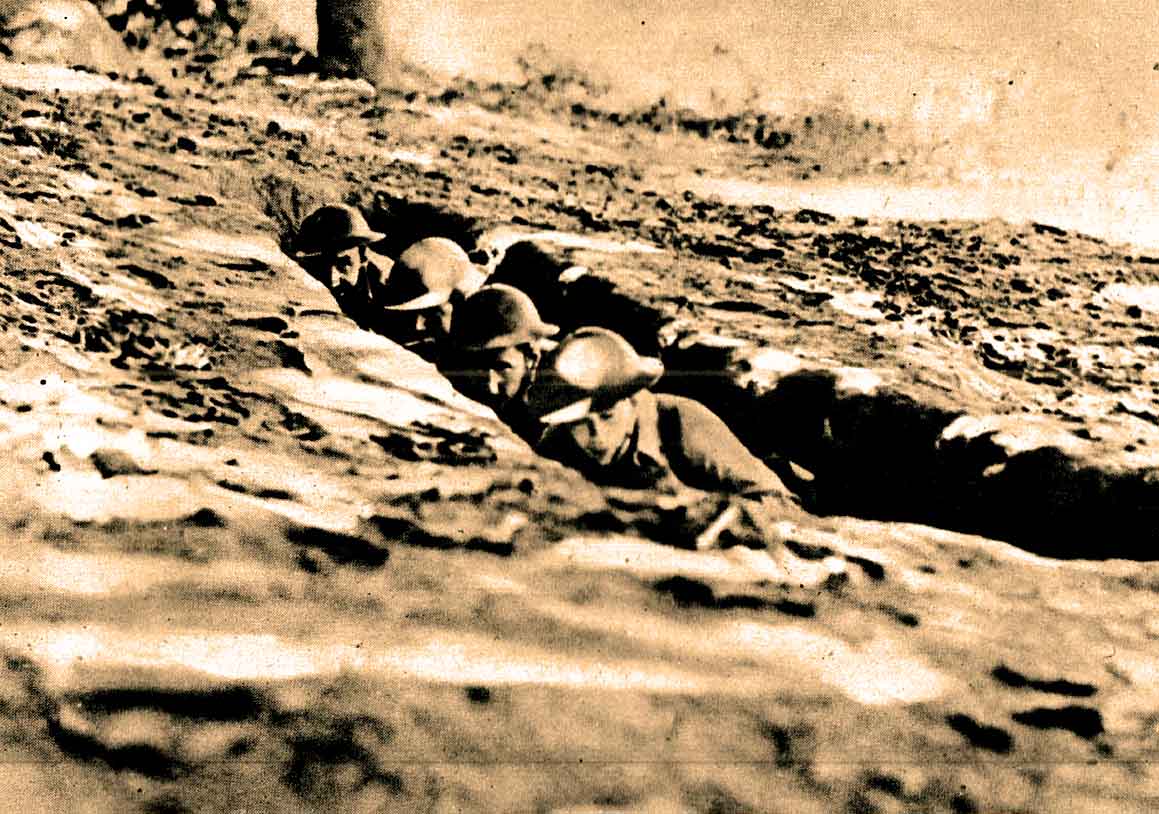 April 11, 1942 – Starting with news from the South Pacific and a radio report from New Zealand regarding the latest news from U.S. forces fighting on the Philippine province of Bataan, where Japanese forces were meeting reportedly stiff resistance. News regarding attempts at bringing supplies and food to the embattled forces was met with pessimism. With shipping in short supply, and with Japanese naval forces maintaining a tight grip on the area surrounding the province, several transport ships were appropriated but losses were estimated at two for every one that got through. Ironically, or because of strict censorship, what this report failed to disclose was that fighting was over two days earlier on April 9th, and that American prisoners were beginning what became known, years later, as The Bataan Death March. Because reports were slow in coming and censorship was strict, it was hard to get an accurate picture of just what was going on in most war zones. So on this April 11th, we were still under the impression we were holding our ground.

In other news – reports from New Delhi said the British proposal to India was rejected and, according to an address by Sir Stafford Cripps, Britain was reverting back to the position it held before Cripps arrived to present the proposal, though not quite perhaps to that exact position. Sir Stafford said the talks were over and he was heading back to London the next day, but he added the talks that did transpire would influence decisions in the future. Sir Stafford went on to say that everyone was to blame, to a degree, for the collapse of talks, but that he would take full responsibility if that meant it would help unite India in its own defense. Both Britain and America pledged their full support, amid fears that India was next on the list of countries to be invaded by Japan. Heavy fighting was going on in Burma and skirmishes had taken place in Northern areas of Indie.

Word from the Eastern front was more optimistic. The Russian Army was heavily engaging the Germans just outside of Moscow, with reports of German casualties at some 3,000 so far and that Hitler was losing heavily while trying to relink broken German lines and cutting off Nazi bases which were now facing encirclement.

And that’s a small slice of news which all happened on this April 11th in 1942, as presented by NBC Blue Network‘s News Of The World.

And while you’re listening to this slice of day-to-day history, please consider the effort it takes to bring these daily historic newscasts to you. Past Daily is committed to bringing you history as it happened; it comes from thousands of hours of broadcast tapes and radio discs, and all of them have to be preserved and digitized so you can hear them. It takes time and effort and money and we do these fundraisers a couple times a year to ask your help so we can keep bringing these to you and the many thousands more we still have to do. So, please click on the link in the box below and make your Tax Deductible pledge, in whatever amount you’re comfortable with, so we can continue to give you all this history and culture every day, at your fingertips. We’re here because of you – so do what you can, and tell your friends. We are continually grateful for your support and encouragement – keep it going.