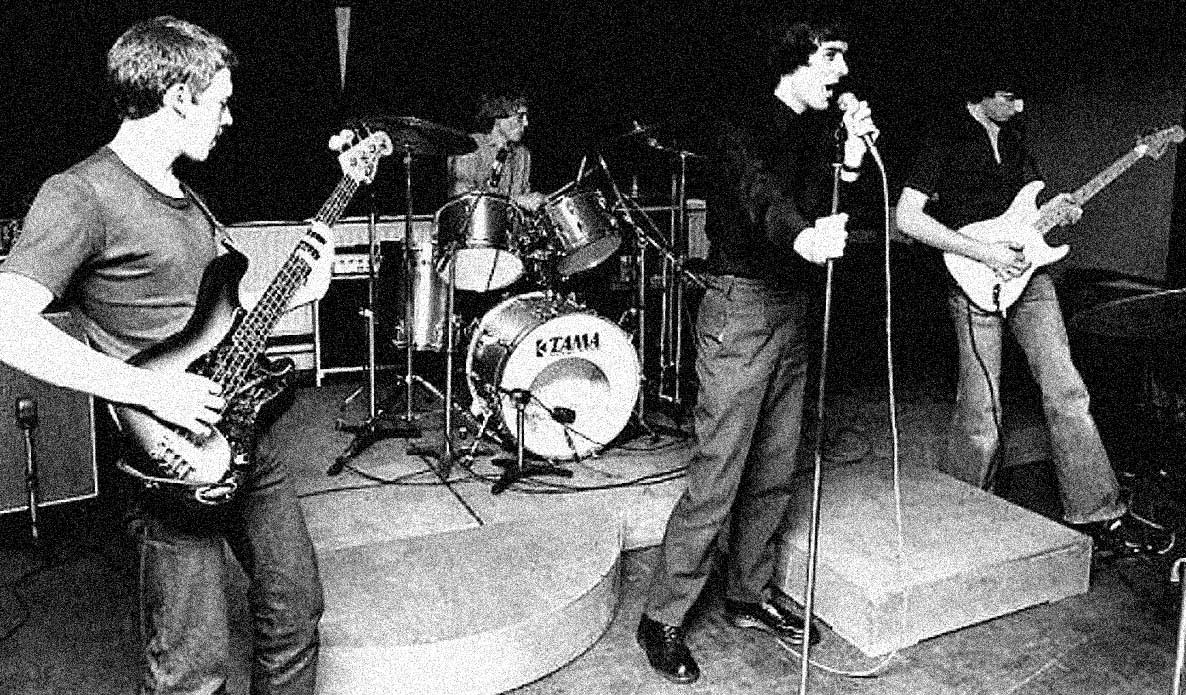 Crispy Ambulance tonight. One of the flood of bands turning out for the sake of Post-Punk in the late 70s/early 80s. They weren’t around very long, not for the first time – they were only together from 1977-1982 before calling it quits. And then briefly reunited in 1999 until 2008. The last word was they had re-re-united in 2014 and are planning on releasing a new album sometime this year.

During their initial get together they issued one studio album, three live albums and a handful of singles. And even though they had positive reaction from the press, many (including their label head Tony Wilson of Factory Records) thought the name of the band was the worst in the world. The surreal implications didn’t land on most people, but musically they were well liked. Lead singer Alan Hempsall was once borrowed by Joy Division to fill in for an ailing Ian Curtis for a 1980 gig at Derby Hall. Unfortunately, it turned into a riot. The band broke up in 1982 and some of the members formed the short-lived Ram Ram Kino in 1985.

This session, for John Peel at BBC Radio 1 is the only one they did. It was recorded on January 19. 1981 and features only three songs. It was issued briefly after the band split in the mid 1980s. Doubtless, its been out of print for a while.

If you missed it the first time around – or missed the band entirely, here’s a sample of what they were like during their initial phase. Further evidence the world of Post-Punk was larger than first imagined – larger even than Punk itself. Check it out.

And while you’re doing that, we’re still here, asking for your support during our Past Daily Spring Fundraiser – we need to raise enough money to keep the site going and the archive preserving and digitizing the thousands of hours of rare broadcasts, history, pop culture and music still waiting to be done. Chip in what you can – it’s Tax Deductible and it keeps us up and running and giving you the best of the rarest. So, please click on the link in the box below and make your pledge today – a little or a lot, it doesn’t matter – it makes all the difference in the world.